Home > About Us > Our People > José da Costa Carvalho Neto

José da Costa Carvalho Neto is Chair of the World Energy Council’s Programme Committee, which directs the Council’s technical and regional work . In 1987, he was the Deputy Secretary of Mines and Energy of Minas Gerais in Brazil. He was also Chairman of Companhia Energetica de Minas Gerais (Cemig) between July 1998 and January 1999 where he started in 1966, after holding the position of Chief Distribution Officer between 1991 and 1997 as well as Superintendence, Department and Division Manager.

Mr. Carvalho Neto was also CEO of Arcadis Logos Energia, Member of the Board of Directors of Logos Engenharia and Enerconsult and Director of Orteng Equipamentos e Sistemas. Mr. Carvalho Neto holds a Masters in Electrical Engineering from the Federal University of Minas Gerais. 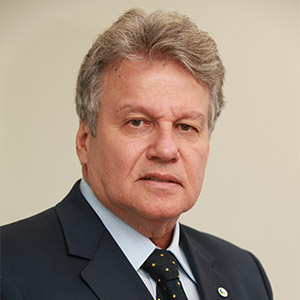