Home > About Us > Our People > Oleg Budargin

Mr. Budargin graduated from Norilsk Industrial Institute with highest honors, majoring in Industrial and civil construction”.  In 1984 he started his professional career as a foreman in the Construction and Erection Department of the shaft-sinking trust company of Norilsk Nickel.  He then became Deputy Head of the Production Department of the Construction and Erection Association “Norilskstroy”. In 1995 Mr. Budgargin was appointed Deputy General Director of Norilsk Nickel.  In 2000 he was appointed – Norilsk Mayor and from 2003 – Governor of Taymyr (Dolgan-Nenets) Autonomous Region.  On October 27, 2009 at the extraordinary general meeting of shareholders Mr. Budgardin was elected Chairman of the Management Board of JSC “FGC UES”.  In June 2013 he was elected Director General of Joint Stock Company “Russian Grids”.

Oleg Budargin is a member of the Russian Presidential Commission for Strategic Development of the Fuel and Energy Sector and Environmental Security. Mr. Budargin has received a number of national and industrial awards. 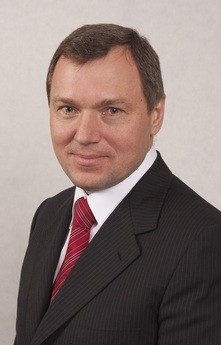