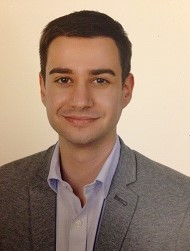 João is an R&D Engineer at the Sino-Portuguese Centre for New Energy Technologies (SCNET) of the China Three Gorges Corporation.   His work is focused on energy storage, electricity planning and offshore wind. Before joining SCNET, João worked in the Portuguese Renewable Energy Association (APREN) as a Renewable Energy Policy Analyst and served as a teaching assistant in the University of Lisbon and the Shanghai Jiao Tong University (SJTU). He holds an MSc in Energy and Environmental Engineering from the University of Lisbon and an MPhil in Power Engineering from the SJTU. João is enthusiastic about making energy cleaner and fostering a more sustainable world. He has published numerous scientific articles and collaborated on reports of organizations such as the World Bank, Bioenergy Europe, REN21, and others. Due to his research and contribution to the energy sector, he received several awards from the Portuguese Engineers Society, the Institution of Engineering and Technology and received several exclusive scholarships.

China Three Gorges Corporation (CTG) is a clean energy group focused on large-scale hydropower, wind and solar development and operation. Present in more than 40 countries, CTG is the world's largest producer of hydroelectric power, with an installed capacity of more than 124 GW.  Sino-Portuguese Centre for New Energy Technologies is a significant research centre strengthening the cooperation between China Three Gorges Corporation and EDP in the energy field.