The Hungary National Committee aims to promote sustainable energy development in Hungary, as a part of the World Energy Council’s energy vision. As a member of the World Energy Council network, the organisation is committed to representing the Hungarian perspective within national, regional and global energy debates. The committee includes a variety of members to ensure that the diverse energy interests of Hungary are appropriately represented. Members of the committee are invited to attend high-level events, participate in energy-focused study groups, contribute to technical research and be a part of the global energy dialogue. 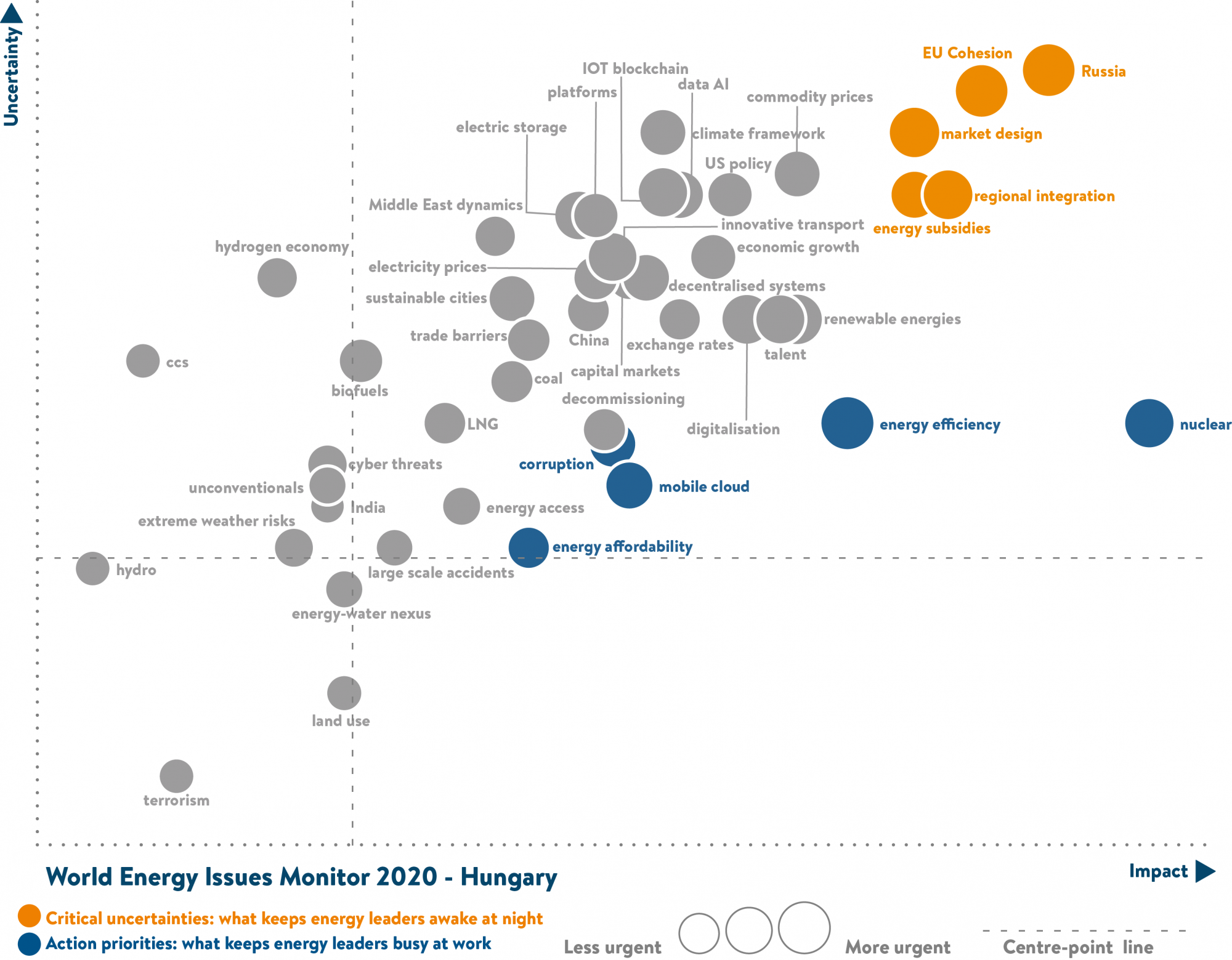 Hungary’s energy leaders’ Critical Uncertainties concern its close energy relationship with Russia, EU Cohesion as well as the need for a new energy Market Design to manage aging nuclear power stations and accommodate intermittent supplies. Action Priorities relate to Nuclear power, its role in the energy sector, as well as the need to adopt Energy Efficiency as a tool to manage energy security and affordability.

Russia is perceived with high uncertainty and high impact. Given Hungary’s dependence on imports for 62% of its energy consumption, diversifying sources of supply is a priority target. Russia currently provides for 82% of Hungary natural gas needs and is the country’s biggest oil supplier. In 2018, Hungary awarded Russia’s Rosatom a contract to build a 2.4GW nuclear power plant to replace the old 2GW nuclear plant which will be demolished in 2032-36. This project aims at generating electricity without CO2 emissions and securing power supply.

EU Cohesion is also perceived as a Critical Uncertainty. Hungary seeks more active participation in the EU single internal market and is investing in new interconnectors with its central European neighbours as part of its energy security efforts. Gas interconnectors have been built with Slovakia, Croatia and Romania to increase the security of supply and to diversify import resources. This is a response to uncertainties regarding the planned closure of the gas pipeline crossing Ukraine.

Nuclear appears as the main Action Priority. The country has four nuclear reactors that provide nearly half of its power capacity. This comes at affordable prices since the infrastructure costs have already been amortised. These plants will continue to be operative for the next ten years. Additionally, the Hungarian Nuclear Authority has invested in updating reactors which are reaching the end of their life cycles.

Energy Efficiency is an Action Priority enshrined in the National Energy Strategy 2030. It states that the Hungarian energy sector can promote long-term competitiveness through active participation in the EU single internal energy market. This policy also endorses the utilisation of renewable energy, the improvement of energy efficiency and management of domestic supplies and resources. Finally, it considers geothermal and biomass potential as a valuable and strategic national resource.

Energy Affordability is an Action Priority tied to government subsidies and reliance on imports. The price of electricity and natural gas is regulated by the Hungarian Energy Office for Households and Small Business Owners. For all other consumers, the prices are regulated by the market. Rising energy prices have been cited by the IMF as exerting inflationary pressure on the Hungarian economy, as it imports 62% of its energy needs. 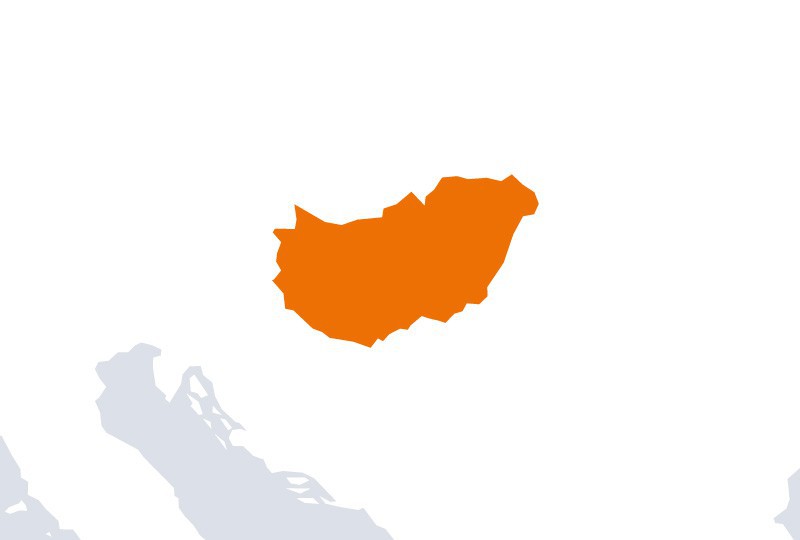 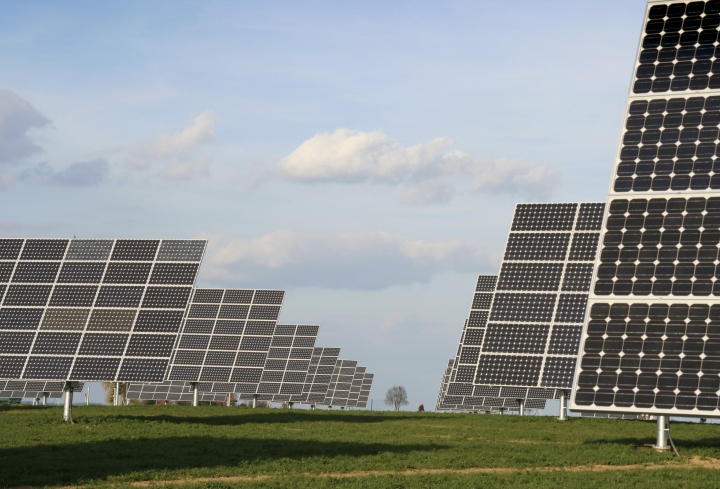