The Republic of Korea National Committee aims to promote sustainable energy development in Korea (Rep.), as a part of the WEC’s energy vision. As a member of the WEC network, the organisation is committed to representing the Republic of Korea's perspective within national, regional and global energy debates. The committee includes a variety of members to ensure that the diverse energy interests of the Republic of Korea are appropriately represented. Members of the committee are invited to attend high-level events, participate in energy-focused study groups, contribute to technical research and be a part of the global energy dialogue.

Mr. Kwang-Sik Kim is appointed as Chair of the Korean Member Committee in June 2018. He Completed Ph.D. in Political and Regional Development at Hannam University in 2003. Mr. Kim served as a co-chair of Daejeon Environmental Movement Union from 1994 to 2003 and a president of Chungcheongnam-do Institute of Lifelong Education Promotion from 2011 to 2014. He was also awarded the prime minister's prize in the Special Law of the Geumgang in 1998 and Korea's Best Public Service Award in 2014. 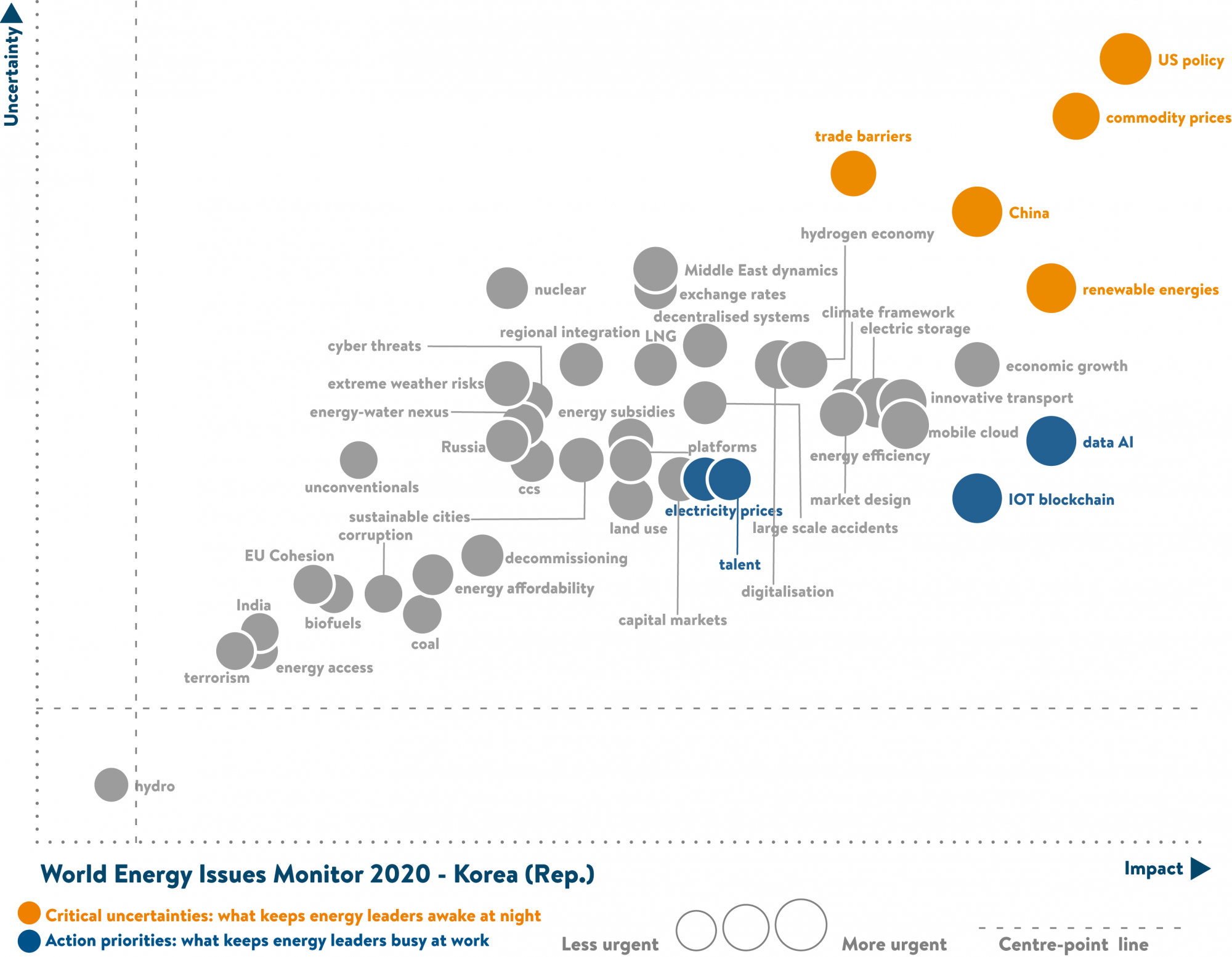 South Korea’s energy leaders reflect the priorities of an advanced economy, with Data Artificial Intelligence and IoT/Blockchain perceived as the main actionable issues. Uncertainties revolve around China and Trade, both related to concerns over US Policy and Commodity Prices due to continued dependence on imported energy.

Commodity Prices are perceived as a Critical Uncertainty. South Korea is one of the five top importers of fossil fuels – LNG, coal, oil and refined products – much of it sourced from the Middle East. Uncertainties emerge from the almost full reliance on imports to meet demand. South Korea is also a maritime importer, which increases vulnerability to supply disruptions.

Trade Barriers is high on the list of Critical Uncertainties given heavy dependence on export markets, particularly within Asia. This ties into concerns over the US-China trade dispute and the impact on global economic growth. While US-China trade relations do not have a direct impact on the Korean energy sector, there is a rising uncertainty that in the event of a prolonged dispute the financial sector may be threatened.

Renewable Energies make up the third Critical Uncertainty. South Korea plans to raise the renewables share in the energy mix from 6% to 20% by 2030 and reduce its dependence on coal and nuclear, which currently account for 70% of total electricity production. Uncertainties revolve around the incentives offered to facilitate this transition, especially considering the higher costs of renewables development due to the country’s rugged terrain and the fact that electricity prices are traditionally below market costs.

Data AI is perceived with high impact and low uncertainty. The Korean government and leading energy corporates run AI-based energy control service and systems with the primary aim of improving energy efficiency in buildings and houses. According to the third National Energy Plan, the government is also working on establishing big data platforms that provide value creating analysis on demand and market trends. It has committed to spend 4.7 trillion won (US$3.9 billion) of its 2020 budget on innovative sectors including hydrogen and artificial intelligence.

IoT/Blockchain shares a similar place with Data AI as an Action Priority. The Korean government provides tax incentives for blockchain by including the technology in the R&D eligibility list for tax credits. It has also allocated US$9 million to support the development of blockchain technology in the country. Korea’s leading power suppliers are developing a government-led blockchain pilot project for REC transactions to improve transparency and efficiency for new renewable energy supply certificates.

Electricity Prices are also seen as an Action Priority. Retail prices in South Korea are far lower than the market average, which encourages high consumption. The country plans to reduce power generation from coal and nuclear and raise the share of natural gas and renewables such as solar and wind power. At the same time, new coal and nuclear based capacity are also under construction, which will lead to more competition. 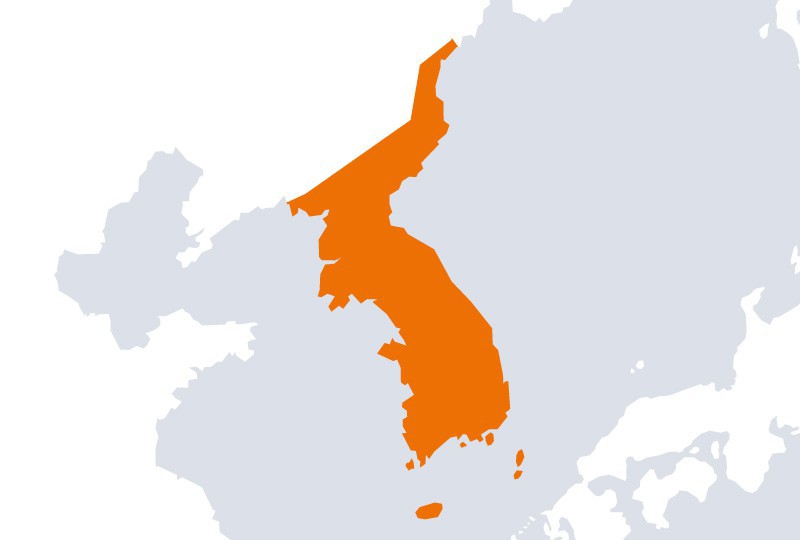