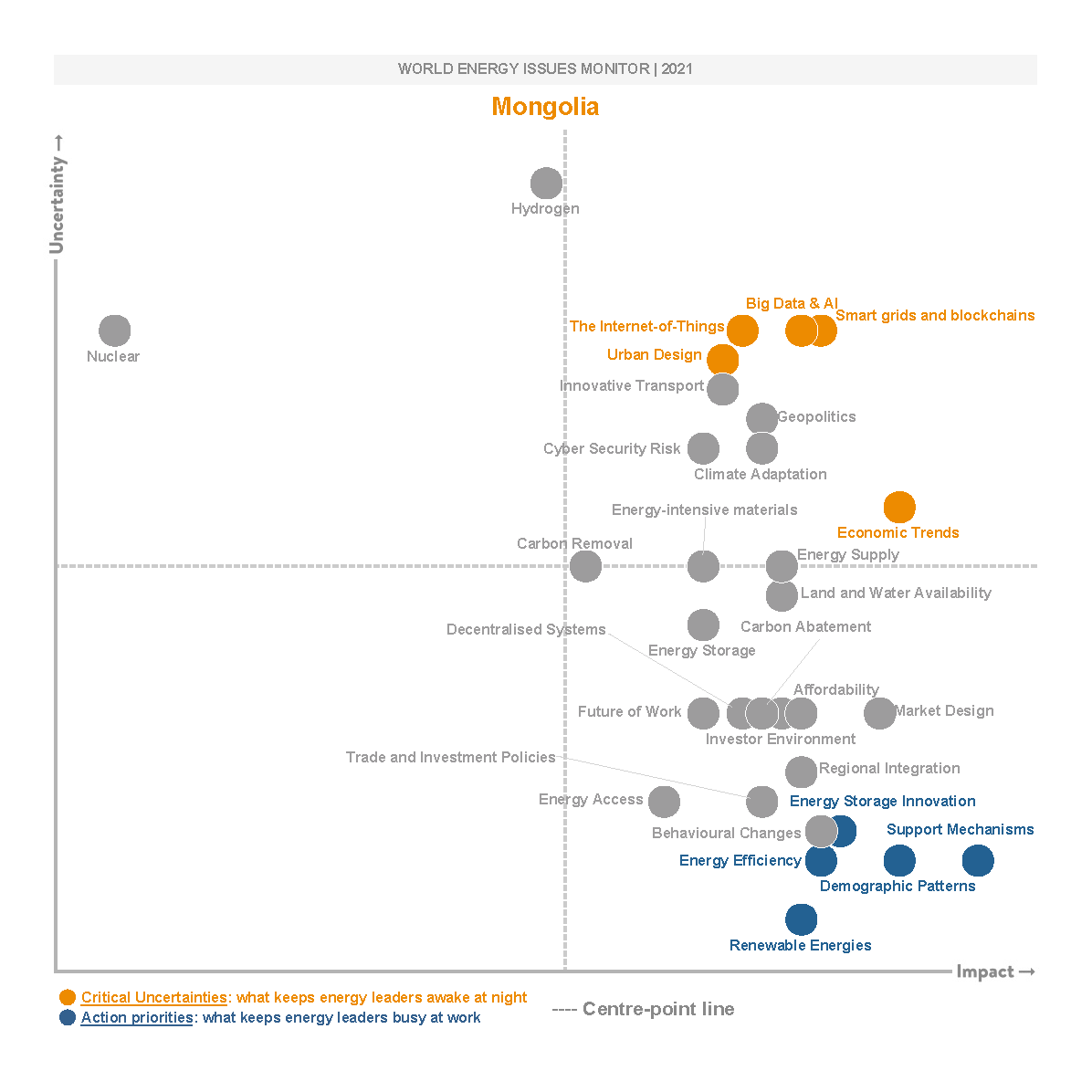 The current main legislation documents of the Mongolian energy sector are defining renewable expansion plans and targets, as well as measures for improving energy efficiency, for example, by reducing transmission and distribution losses or individual energy consumption.

A quicker and deeper sector transition needs to occur in the energy supply sector as a way to manage carbon emissions. Available low-carbon technologies, and the need for low-carbon electricity to decarbonise demand sectors such as industry and building are a focus for Mongolia.

Actionable next steps to accelerate mitigation ambitions in the Mongolian electricity supply sector in the future will focus on:

Alternatives for renewable-based heating, which can reduce the ongoing need for coal-based CHP capacity in Ulaanbaatar. Providing a reliable heating supply will decouple heat and electricity production.

An improved and expanded transmission network, which can connect regional energy systems to the central energy system and facilitate the grid-connection and integration of renewables capacity.

Measures to improve the national skills base in the energy sector to obtain required know-how and skills for an accelerated uptake of renewables and other low-carbon technologies.

If addressed successfully, these actionable next steps could enable Mongolia to accelerate mitigation ambitions in the electricity supply sector in line with the Paris Agreement. For this purpose, Mongolia will require continuous and reliable financial and technical support by the international community to successfully initiate and implement concrete measures in each of the four fields of action.

Total installed coal capacity is projected to roughly double in the coming years. Mongolia has relied mostly on coal and oil-fired power plants in the past, but current plans show signs of a decrease in their share of installed capacity. This is to be achieved predominantly via a capacity expansion of hydropower and onshore wind technologies.

Renewables are projected to represent 20% of total installed capacity by 2023, and 40% by 2030. This would result in the achievement of renewable targets of 20% and 30% in the respective years presented in Mongolia’s State Policy on Energy of 2015 and the Draft NDC of 2019, but there is high uncertainty as to whether these planned capacity additions will be built.

To improve renewables integration, the government amended their Renewable Energy Act in 2019 to reduce the feed-in-tariff for all technologies and solidify the principles for a renewable auction scheme that is location-, capacity- and technology-specific.

Reducing air pollution and carbon dioxide emissions from fossil fuels combustion and mitigating their impact remains a major issue to be addressed. Currently, coal accounts for almost 70% of the country’s greenhouse gas emissions. Achieving the government target of increasing the share of renewables in the energy mix to 30% by 2030 should alleviate this problem.

The high uncertainty surrounding several of Mongolia planned hydropower projects casts doubt on whether emissions between 2030 and 2050 will only grow marginally as shown in the analysis. The abrupt change in emission levels between 2026 and 2027 originate from the large uptake of hydropower and the respective assumed reduction in coal-based power generation as specified in the Mongolian government’s most recent capacity extension plans, namely the Mongolia’s Mid-Term National Programme to develop the State Policy on Energy (2018-2023) of 2018 and the draft version of the updated NDC of 2019. These emission reductions would not materialise if planned hydropower capacity was not to come online, with coal capacity filling the generation gap instead.

An increase in private sector investment and public-private partnership financing schemes in the energy sector should be encouraged, especially in the electricity transmission and distribution sectors and in renewable electricity generation as a means to improve technology and efficiency in the provision of services. 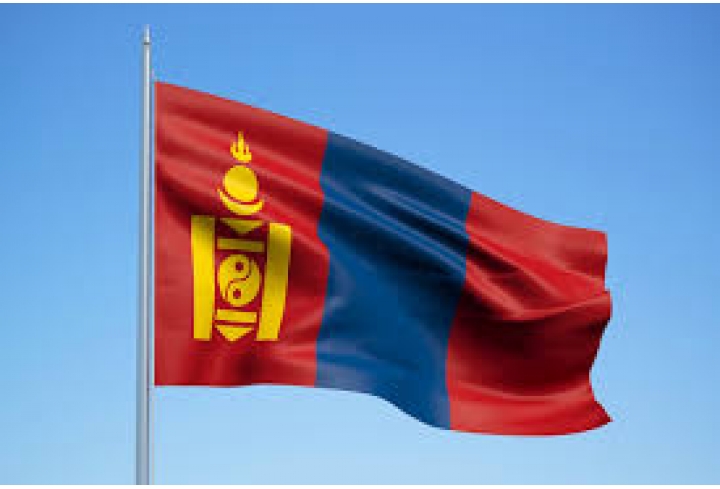