The Netherlands National Committee aims to promote sustainable energy development in the Netherlands, as a part of the World Energy Council’s energy vision. As a member of the World Energy Council network, the organisation is committed to representing the national perspective of the Netherlands within national, regional and global energy debates. The committee includes a variety of members to ensure that the diverse energy interests of the Netherlands are appropriately represented. Members of the committee are invited to attend high-level events, participate in energy-focused study groups, contribute to technical research and be a part of the global energy dialogue.

He takes honour in leading PwC’s global network of highly qualified and dedicated specialists for our industry.  With over 25 years of experience he has  served as a partner on Utilities, Grid and Global Upstream companies, including most major players. In addition he coordinated various sector mergers and acquisitions, carve outs and large scale cross competence projects.

On a personal level, the complex nature of the challenges facing the industry on all levels makes every day he works with it a pleasure. Being passionate to contributing to the ongoing Energy Transition he is very proud to chair the Dutch chapter of the World Energy Council and being a member of the board of CIEP Clingendael

Aad was PriceWaterhouse's lead partner in the energy sector from the 1990s until his departure from PwC in 2010. A former PW partner, he served on PwC's internal board for two terms (8 years) from 1998 following the merger with Coopers Lybrand.

He worked for major energy companies such as Shell, Exxon, Vattenfall, RWE, etc. He was also involved in the European leadership of PwC's energy practice and in this context established a European renewable energy group. In the early 2000s, he was instrumental in the change management of the Dutch energy sector liberalisation and privatisation process, which gave him broad experience in regulation and carve-outs with governments and private companies. After his retirement in 2010, he was appointed chairman of the independent Nepaf Board, a foundation that oversaw the implementation of the agreements on the sale of Nuon (a major Dutch energy supplier and producer) to Vattenfall and held this position for nine years.

Aad has organised and hosted biennial meetings of politicians and high-level business people from the energy sector in The Hague since 2000.

He also served as a supervisory board member in other assignments and companies, including the webshop retailer Wehkamp.

After his retirement, together with the chair Jeroen van Hoof, they set up the Dutch World Energy Council, involving most major players in the Dutch energy sector representing the broad spectrum of the Dutch energy market. He and his team organized annually a study with the WEC NL members of certain aspects of the energy transition, like wind on the North Sea, international cooperation, energy transport from the North Sea, hydrogen etc. and held an annual conference thereof which attracted many participants. In 2020 he and his WEC NL team and other stakeholders organized the bid process for the World Energy Congress 2025 which was won successfully.

He takes a keen interest in the development of the energy sector on a local and global level and is very pleased to serve the World Energy Council. He is committed to be part of the global network and to the objectives of the Energy Transition and is looking forward to cooperate with all other members to achieve our goals and to organise a great World Energy Congress 2025. 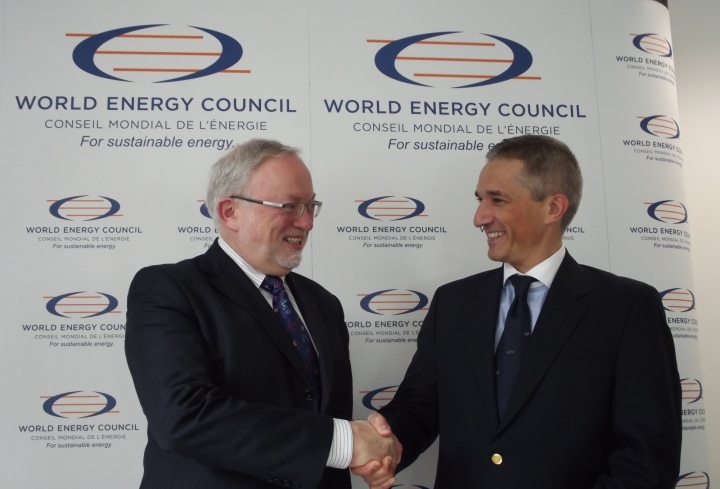