The Niger National Committee aims to promote sustainable energy development in Niger, as a part of the World Energy Council’s energy vision. As a member of the World Energy Council network, the organisation is committed to representing the Niger national perspective within national, regional and global energy debates. The committee includes a variety of members to ensure that the diverse energy interests of Niger are appropriately represented. Members of the committee are invited to attend high-level events, participate in energy-focused study groups, contribute to technical research and be a part of the global energy dialogue.

Vice Chairman of the Conseil Nigérien de l’Energie, he was Minister of Mines and Energy from 2002 to 2004. Then CEO of the Société Nigérienne du Charbon de l’Azawak (SNCA-SA) from 2006 to 2011. He was Chairman of the Board of Directors of the Société Nigérienne de Charbon d’Annou Araren (SONICHAR). Previously, he was Director of Energy and Technical Advisor to the Minister. Currently, Administrator at the Mining and Energy Company of Niger (CMEN-SA). Master of Science, Electrical Engineering from the Donetsk Polytechnic Institute (Ukraine) and Graduate Diploma in Business Administration des Hautes Etudes Commerciales (HEC) Montreal (Canada). It is Grand Officer of the Order of Merit of Niger. 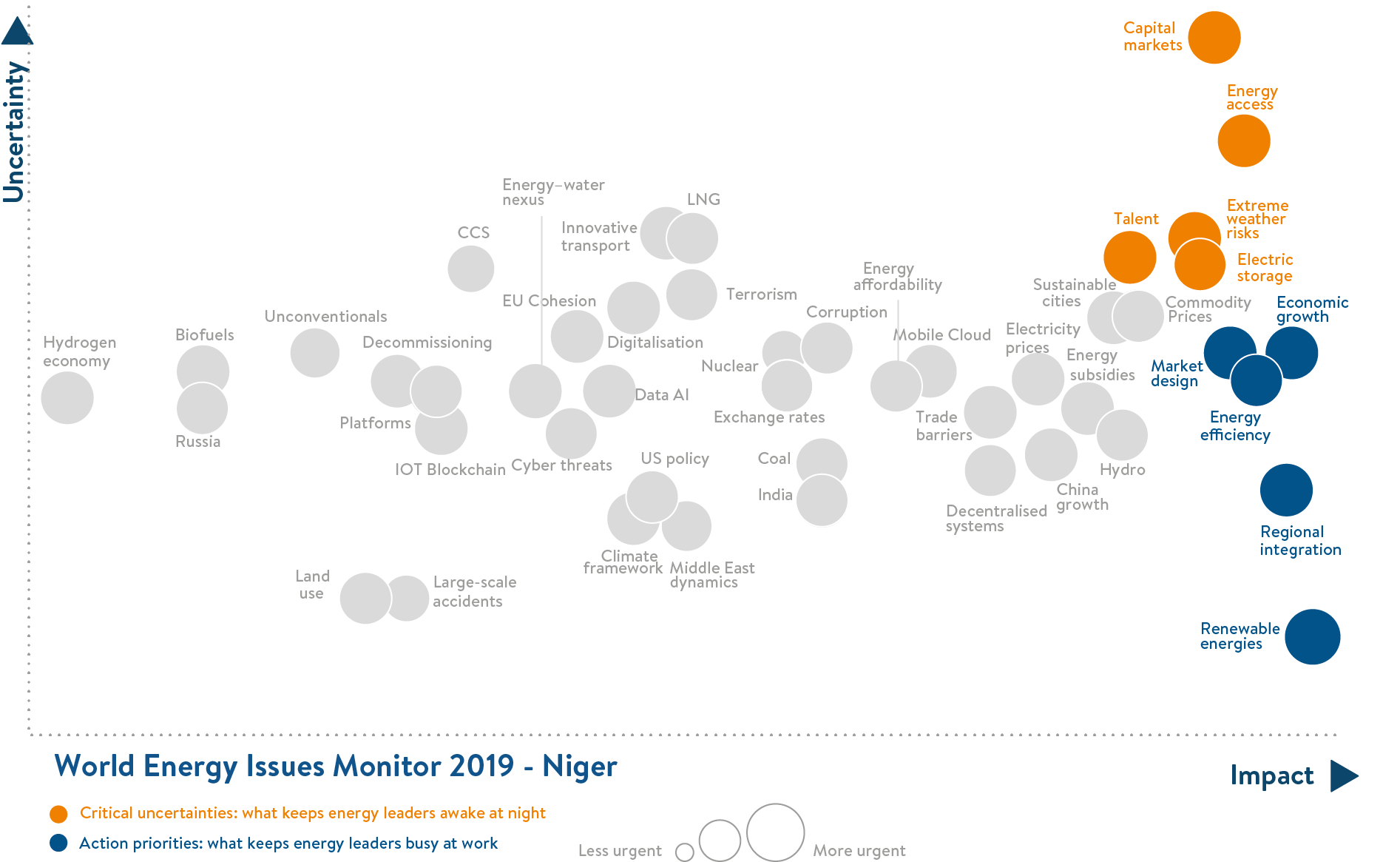 Niger’s goal is to achieve universal energy access by 2035. Its ability to achieve this target is constrained by significant challenges. Niger’s government is working to expand its electricity supply and encourage investment in the energy sector to stimulate the economy. The government is also taking critical steps to improve energy markets by creating a regulatory body ARSE (Autorité de Regulation du Secteur de l’Energie) to increase transparency and fair competition among numerous energy actors. Finally, the government also created ANPER (Agence Nigérienne de Promotion de l’Electrification en milieu Rural), which is mandated to design, implement, and monitor rural electrification programs throughout the country.

Niger’s government is working to reduce its dependence on fuel imports by developing its resources. The country imports more than half of its needs from Nigeria. In order to increase its energy independence, Niger is considering, among other things, the introduction of renewable energies such as solar energy with the completion of the photovoltaic power plant Malabaza (centre) with a capacity of 7 megawatts; the construction of a 19 MW hybrid power plant planned for 2019 to Agadez (north); as well as other solar plants planned in independent production around the capital, Niamey, and inside the country.

The main issues to be dealt with over the next few years are the battle against deforestation (Niger loses 100 000 hectares of forest every year, mainly because of the use of wood for cooking), selfsufficiency regarding electricity and the development of electrification.

Energy Access remains a significant uncertainty as Niger has one of the lowest consumptions of electricity in the world; only 14.3% of Nigeriens have access to the grid, and even those with a connection suffer from frequent brownouts and blackouts due to lack of adequate infrastructure and capacity. Niger is looking for assistance from foreign aid and international investors to help bring needed capacity to give its citizens access to energy.

Niger is highly vulnerable to natural hazards, particularly droughts, floods, and landslides. Climate change is causing increasingly irregular rainfall, rising temperatures, and desertification, which impacts agricultural productivity and food insecurity. Extreme weather risks will continue to create uncertainty for Niger’s economic growth opportunities. Niger is looking to curb the effects of climate change in order to get a hold on such extreme weather risks by advancing disaster risk management (DRM) efforts. The government has focused on sustainable development and building resilience to natural hazards.

Electric storage is a critical uncertainty as Niger is moving to incorporate renewable energy into its supply mix, but battery technology is expensive and not yet widely deployed in large-scale projects. The gap is particularly acute in developing countries such as Niger, where wind and solar power have great potential, energy demand is growing, and where large populations often live without reliable, and affordable electricity.

Niger expects economic growth to rise to 6.5% in 2019 from 5.2% in 2018, owing in part to significant investments in the oil sector. Additionally, Niger is looking to economic growth as a means to resolve some of its long-standing problems with bringing energy access to all. Power supply is inefficient and unreliable, constraining economic growth.

Regional Integration is viewed by Niger’s government as an important engine for economic growth, sustainable development and improving the living standards. It is also recognised as one of the key factors underlying the success of the fastest growing economies in Africa. According to the Africa regional integration index, Niger performs strongly in the dimensions of free movement of persons, financial integration and macroeconomic policy convergence.

Renewable energies are an action priority or rather a solution for Niger’s business sector as it works to grow and keep its doors open in a country where energy access and reliability are scarce. Frustrated with the erratic power supply from the national grid and the strain caused by the use of diesel generators on a daily basis, small business owners are shifting towards solar-powered energy systems. Separately, teachers from different schools in the Niger Delta have developed a curriculum that would guide the teaching of renewable energy in secondary schools to raise awareness and increase the impact of this resource.

Investment plans announced by major energy players showcase the commitment in deploying natural gas and LNG, as well as bio-methane, as a flexible solution that could both foster the development of sustainable mobility and renewable energies.

Digitalisation of the country’s economy and the development of energy chains are at the core of the government and businesses strategies. The penetration of IT within energy sectors is enabling new business models and more efficient asset management. This trend has also increased the awareness on cyber security measures as part of the efforts to guarantee resilience of energy infrastructures and services. Moreover, the main national energy actors are working on the greater integration of energy networks within Europe and towards a Euro-Mediterranean area aimed at increasing security and resilience of the national energy system. 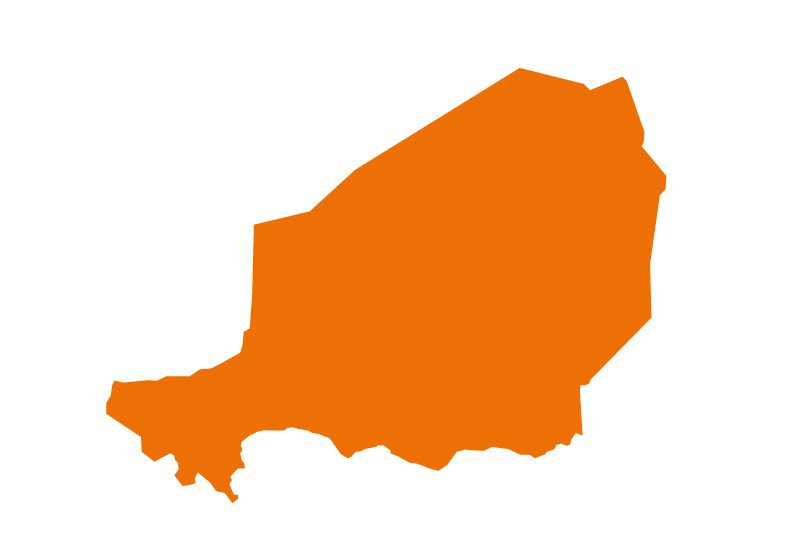