The Côte d'Ivoire National Committee aims to promote sustainable energy development in Côte d'Ivoire, as a part of the World Energy Council’s energy vision. As a member of the World Energy Council network, the organisation is committed to representing Côte d'Ivoire's national perspective within national, regional and global energy debates. The committee includes a variety of members to ensure that the diverse energy interests of Côte d'Ivoire are appropriately represented. Members of the committee are invited to attend high-level events, participate in energy-focused study groups, contribute to technical research and be a part of the global energy dialogue. 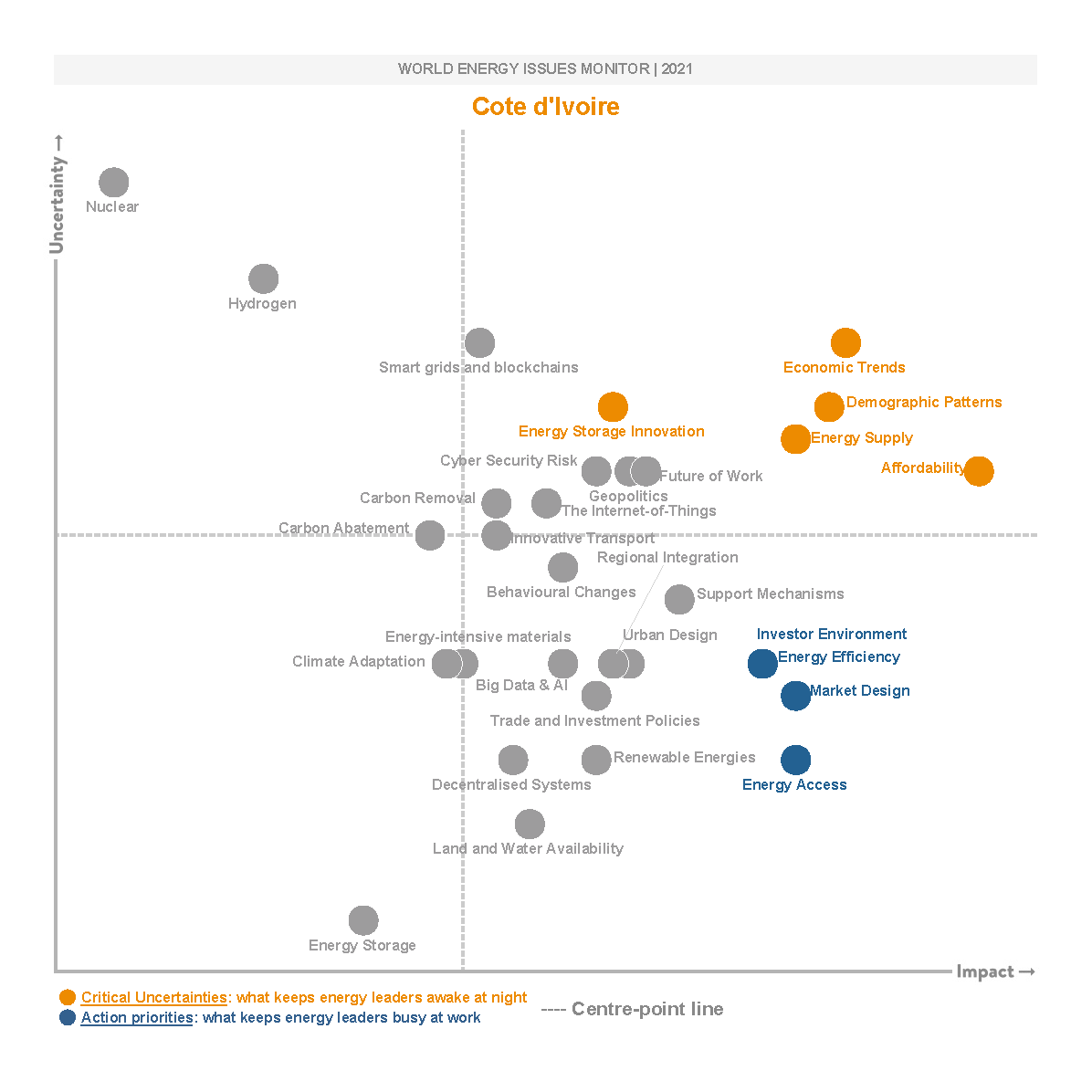 Critical uncertainties identified for Côte D'Ivoire in 2021 are market design, demographic patterns, energy storage and the cost of access to electricity. Three priorities for action have been identified by the 2021 Issues Monitor, namely renewable energy (62%), access to electricity (55%) and energy efficiency (38%). These priorities are defined in the government’s Energy Policy Document (ECD) and are also broken down into four master plans for the period 2014-2030. These plans define the optimal sequence of investments to be made and are the master plans for production, transport, distribution, rural electrification, and automation and remote control.

The ECD is centred around four priority areas;

The development of renewable energies and energy efficiency is a national priority, which was reaffirmed when the Paris Climate Agreement was signed. Côte d'Ivoire is committed to a 28% reduction in greenhouse gas emissions by 2030, with 42% contribution from the energy sector (26% from hydropower and 16% from solar and biomass).

Good planning and respect for the implementation of planned investments is a constant challenge to be met in order to guarantee the private sector and households  low-cost energy at all times and at a high quality. Thus, with a generating fleet at the end of 2019 of 2.229 GW (hydro (33%) and thermal (67%)), the national annual production of electricity amounted to 10,163 GWh for a peak load of 1.388 GW.

Regarding ongoing reforms, the production sector is being liberalised. The current public service concession has been modified and renewed. The amendments notably allow for  the possibility of a gradual liberalisation of the market.

The government has taken measures to address certain threats, such as the COIVD-19 Pandemic Response Plan, which is based on health measures and support for businesses and vulnerable populations. The estimate of the annual growth rate of national demand has been revised to 4.7% against a revised forecast excluding the impact of the health crisis of 5.5%. In addition, security measures have been strengthened to protect the country from terrorist attacks. 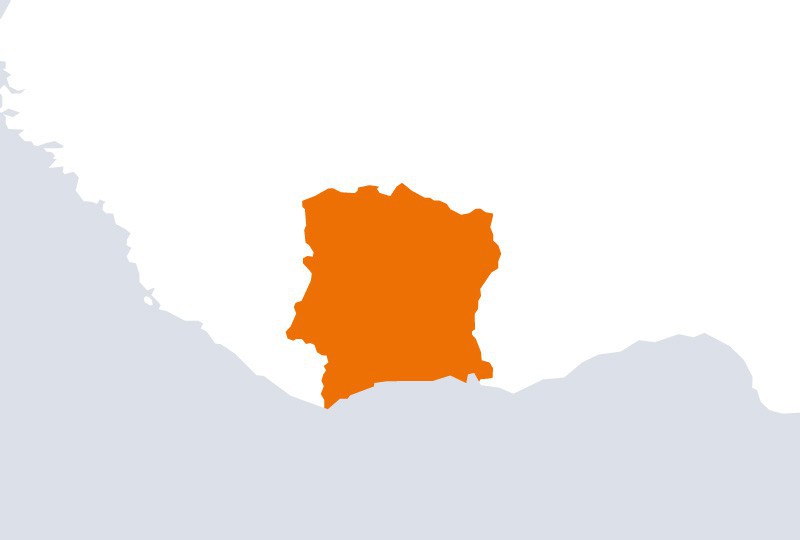