He joined Royal Dutch Shell in 1972 and held a wide variety of positions, including Vice President of Global Business Environment at Shell International from 1999 to 2003, and head of Shell’s scenario planning team. He was a Managing Director of the World Economic Forum from 2003 to 2007 responsible for the Davos annual meetings and conceived, developed and successfully implemented a world class Strategic Insights program.

Ged has led a large number of future-oriented projects during his career. He is experienced in global business, energy and sustainability, dealing with all regions of the world over the last 50 years, managing large teams, coordinating world-wide networks and designing and implementing large-scale events. He has been a pioneer in applying sustainability concepts to the energy business and developing the use of global scenarios. He published his first paper on addressing climate change 30 years ago.

From 2007 to 2012 he was Co-President of the Global Energy Assessment Council, which governed a network of some 300 energy researchers and 200 reviewers. He founded and was president of Forescene SA to 2019, and is currently an independent consultant. 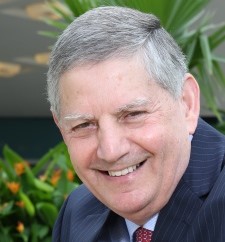