The  National Committee aims to promote sustainable energy development in the UAE, as a part of the World Energy Council’s energy vision. As a member of the World Energy Council network, the organisation is committed to representing the national perspective of the UAE within national, regional and global energy debates. The committee includes a variety of members to ensure that the diverse energy interests of the UAE are appropriately represented. Members of the committee are invited to attend high-level events, participate in energy-focused study groups, contribute to technical research and be a part of the global energy dialogue.

In March of 2013, H E Al Mazrouei was appointed the Minister of Energy for the United Arab Emirates. Prior to this he was Deputy CEO and Executive Vice President of Mubadala Petroleum, responsible for new business for upstream Oil & Gas development in the MENA region and the eastern hemisphere. H E Al Mazrouei joined Mubadala Petroleum in 2007. During his tenure he contributed to the expansion of Mubadala’s portfolio assets in Bahrain, Oman and Kazakhstan. In addition to being a member of the UAE’s Supreme Petroleum Council Advisory & Audit Committee, H E Al Mazrouei represents Mubadala as a Board member in a number of key companies, such as Dolphin Energy, Tatweer Petroleum and Pearl Energy. H.E. is also a Board member of a publicly listed company, Surouh Real Estate PJSC in Abu Dhabi. H E Al Mazrouei began his career in 1996 with a BSc in Petroleum Engineering from Tulsa University, USA. After his graduation, he joined Abu Dhabi National Oil Company (ADNOC) as a manager of production and facilities engineering for all offshore operators in Abu Dhabi. 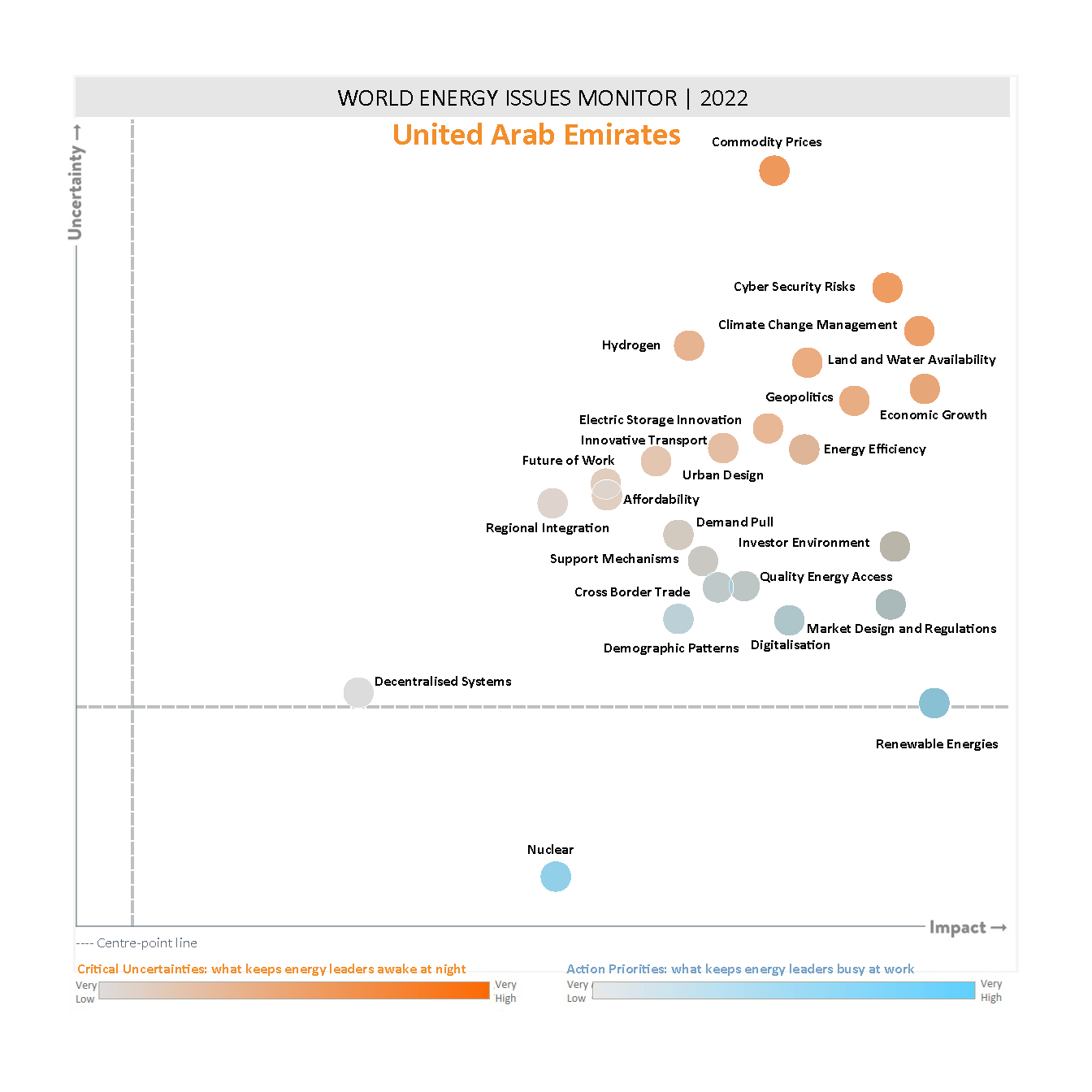 The role of the energy sector during the decade of action will be pivotal, creating unprecedented opportunities and challenges for the industry. Here in the UAE, we are working towards an energy transition that is both pro-climate and pro-growth. The gradual easing of energy subsidies in recent years is designed to curb consumption and ensure achieving the long-term goal of increasing diversity in energy supply, which will strengthen the position of the UAE in the future.

The UAE started economic diversification activities as early as 2012. The outcomes of these measures are now seen across the energy sector. The long-term targets for 2050 for clean energy continue to drive policy developments across the country. In addition to that, the UAE launched National Water and Energy Demand Management Program 2050 in July 2021.

On December 2nd, 2021, we celebrated the UAE’s Golden Jubilee and launched the government strategy: “Towards the next 50”, with energy and climate action being two of the top priorities on our national agenda. To kick-start the next 50 years, we are updating our national energy strategy and are currently in the transition phase, whereas in 2017, we launched our first unified National Energy Strategy with the bold goal of diversifying energy sources. The strategy aims to increase the contribution of clean energy in the total energy mix from 25 per cent to 50 per cent by 2050 and reduce carbon footprint of power generation by 70 percent, thus saving AED 700 billion by 2050. The strategy also seeks to increase energy consumption efficiency of the UAE by 40% in 2050.  and currently, UAE launched the National Integrated Energy Model (IEM) to refresh the national strategy, the IEM is the first step of designing the future of energy in the UAE and a road map for a new phase for Energy sector sustainability, in partnership with Khalifa University and IRENA, this will enable UAE to have the optimism regularity framework that overseen the national market design and establish the required regulations to ensure achieving UAE aspirations toward Net Zero.

A national DSM program has been developed with the target of 40% reduction in energy and 50% reduction in water over business as usual by 2050. Significantly the proposed DSM program balances between the needs of each Emirate, with the requirement of consistency and alignment to support lower costs, investment, and sustainability.

The proposed DSM program targets four key areas of focus - “pillars”- as having the greatest potential for impact: (agriculture, Built Environment, Industry and Transport), applying the DSM will contribute in reducing CO2 emission by 160.77 mtco2

From an already ambitious strategy, we are set to increase our efforts, in October, UAE’s decarbonisation ambitions as announced its Net Zero by 2050 strategic initiative making the Emirates the first in the MENA region to do so. UAE is becoming a global success story in the clean energy transition because of its policies and strategies. Sustainable clean energy technology profile includes solar, waste to energy, nuclear, hydrogen, hydropower, and biofuel/biogas (projects in 40 countries around the world).

Implementation of large-scale renewable energy projects continues to be the focus of the utilities in the country. The UAE is home to the record low prices for solar CSP and PV technologies, w which creates the best investor environment. The 13MW first phase of the Mohammed bin Rashid Al Maktoum Solar Park in Dubai became operational in 2013 using photovoltaic (PV) solar panels and the second phase of 200MW received a record low price of 5.6 USD cents/kWh. Following on that success, the fifth phase of 900 MW achieved a record LCoE of 1.6 USD cents/kWh.[1]Today the lowest price was obtained for the tender of the 2GW plant in Abu Dhabi's Dhafra is at 1.35 USD cents/kWh.  The UAE hosts close to 79% of the installed solar PV capacity in the GCC and has managed to attract some low-cost solar PV projects without offering subsidies. While the resource base for concentrated solar power (CSP) is less optimal in the arid region, some sites rival other CSP-deploying regions.  The UAE will become home to the largest single-site concentrated solar power (CSP) project globally which is located in Dubai at the MBR Solar Park, with a capacity of 700MW at an LCOE of 7.3 USD cents/kWh.

We are already establishing a unified hydrogen vision to make the UAE a key global player in this nascent sector, with 10 strategic elements that form the pillars of the UAE National Hydrogen Strategy. Hydrogen offers a sustainable source of energy that can help meet future energy demands and accelerate our energy diversification goals and shared climate targets.

After investing in the renewables since the past 15 years, UAE is home to the largest and lowest cost solar plants in the world. As part of the clean energy portfolio, UAE also includes Nuclear and consists of four nuclear reactors (two operating, two mostly completed) with total capacity is 5380 MW by 2024. With our hydrogen goals, the Barakah nuclear power plant has the potential to create one million tonnes of hydrogen per year on top of a production capacity from 4 power plants. When fully operational, the four Barakah reactors will provide 25% of the UAE’s electrical energy needs, reducing around 21 million tonnes of CO2 emission annually and by 2025.

Hassyan Power Plant conversion 2,400MW from clean coal to natural gas, the move is also in line with international efforts to reduce relying on high carbon emissions energy sources. The initiative is consistent with the pivotal role that gas is expected to play in enabling economic growth in the UAE over the next fifty year.

The emerging findings for the Action Priorities and Critical Uncertainties were tested with the Perspectives from Country’s Committee during a digital workshop in January 2022. The workshop supported the emerging findings while drawing out three overarching themes to summarize the country’s current energy landscape:

1. UAE’s strategic initiative to achieve climate neutrality by 2050 and Cop28

The UAE is looking forward to playing its role as host of COP28 and we take on this role with great pride and responsibility. We will work closely with the COP presidencies of the UK and Egypt and build on current momentum. We intend to take a practical approach, that moves from pledges to action, focused on commercially viable climate solutions. It will be the second time in as many years that the annual talks will be held in the Middle East, with Egypt set to host them in 2022, and the third time the talks are hosted by a member of the Organization of the Petroleum Exporting Countries. Qatar hosted in 2012 and Indonesia did in 2007. Hosting this global gathering will provide us with a prime opportunity to involve our most dynamic segment of society - our youth - in the meetings and negotiations that will ultimately ensure a sustainable future for generations to come.

The UAE is committed to invest on the clean energy and pioneering new solutions that are more energy-efficient and cost-effective. It is actively working towards powering a more sustainable future by diversifying its energy resources, introducing renewable energy sources, and developing nuclear energy. Coupling energy-efficient reverse osmosis plants with the abundantly available solar resources and capitalizing on low-cost renewable generation technologies will allow the UAE to achieve the country’s strategic goals cost-effectively and secure water supply solution for the future.

The UAE is determined to lead in the decarbonisation and sustainability of this sector. Al Reyadah is the world’s first fully commercial carbon dioxide (CO2) facility for the iron and steel industry, and the first commercial-scale carbon capture, utilization, and storage (CCUS) facility in the Middle East. The Abu Dhabi National Oil Company (ADNOC) aims to decrease GHG intensity by 25% by 2030, expand their CCUS capacity by 500%, reinforcing ADNOC’s position as one of the least carbon-intensive producers.

In addition to that the Hassyan plant, coal-fired power plant in Dubai will be converted to use natural gas instead, to support United Arab Emirates (UAE) wider pledge to have net-zero carbon emissions by 2050. The Hassyan Complex includes a water desalination project with a production capacity of 120 million Imperial Gallons of Water per Day (MIGD) using Reverse Osmosis (RO) based on the Independent Water Producer (IWP) model. RO requires less energy than Multi-Stage Flash distillation (MSF) plants, making it a more sustainable choice for water desalination.

3. Hydrogen enable the diversification of the UAE economy through the expansion in existing industries and growth of new industries

The UAE is already well positioned to be a leader in clean hydrogen with natural competitive advantages for both blue and green hydrogen, including abundant and competitive hydrocarbons, existing large-scale hydrogen and ammonia production facilities, access to some of the world’s most cost-competitive solar PV energy and large-scale carbon capture and storage capacities, which national oil company ADNOC already possesses and continues to advance. In addition to the UAE’s natural competitive advantages for both blue and green hydrogen, green hydrogen production remains in its infancy, requiring an international collaboration to accelerate its development. Green hydrogen is envisaged to play a significant role in UAE’s domestic strategy to meet the UAE 2050 Net-Zero goals and which will also assist globally by exporting hydrogen. This will, through fast-emerging growth opportunities in clean hydrogen and its carrier fuels, accelerate efforts to create a vibrant ecosystem for the UAE’s sustainable economic growth trajectory and enable direct positive impact on the country’s GDP.  The UAE is well on its way to meet its ambition to be a global leader in low carbon hydrogen with more than seven projects already underway which will target 25 percent market share in the key export markets, including Japan, South Korea, Germany, and India initially along with additional high-potential markets in Europe and East Asia. 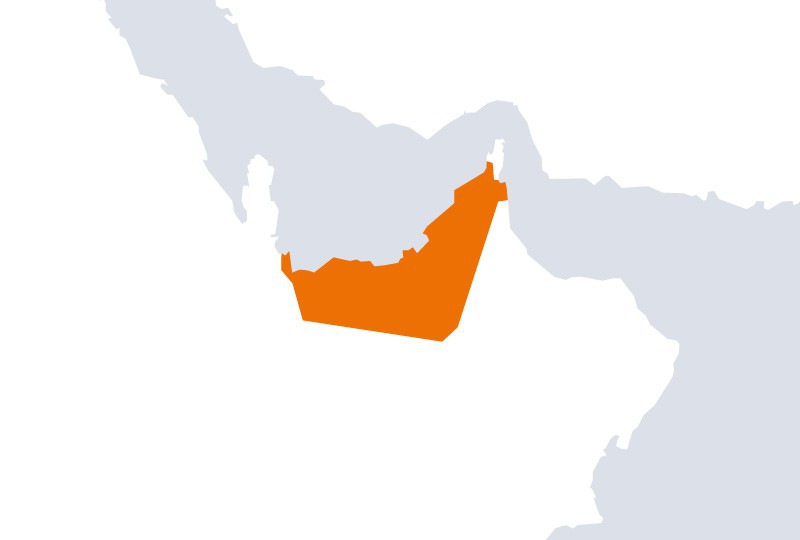 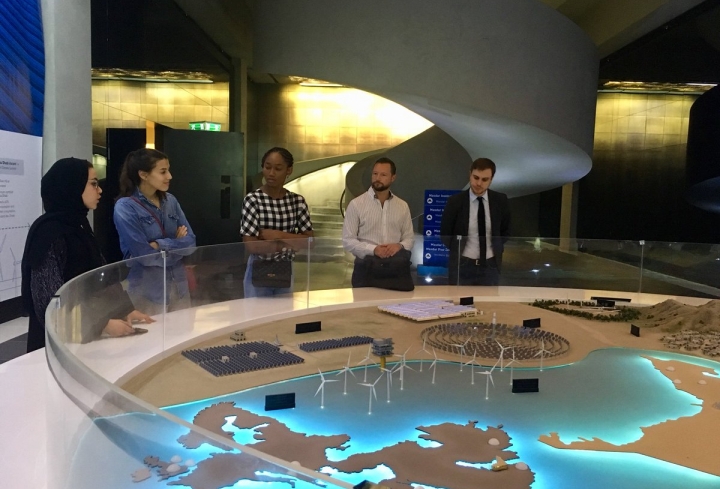 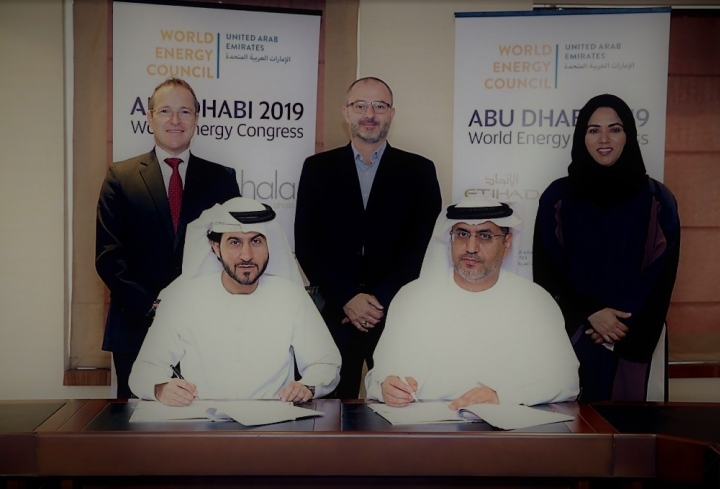