The Congo National Committee aims to promote sustainable energy development in the Democratic Republic of Congo, as a part of the World Energy Council’s energy vision. As a member of the World Energy Council network, the organisation is committed to representing the Congolese perspective within national, regional and global energy debates. The committee includes a variety of members to ensure that the diverse energy interests of Congo are appropriately represented. Members of the committee are invited to attend high-level events, participate in energy-focused study groups, contribute to technical research and be a part of the global energy dialogue.

Energy in Congo (Democratic Republic of) 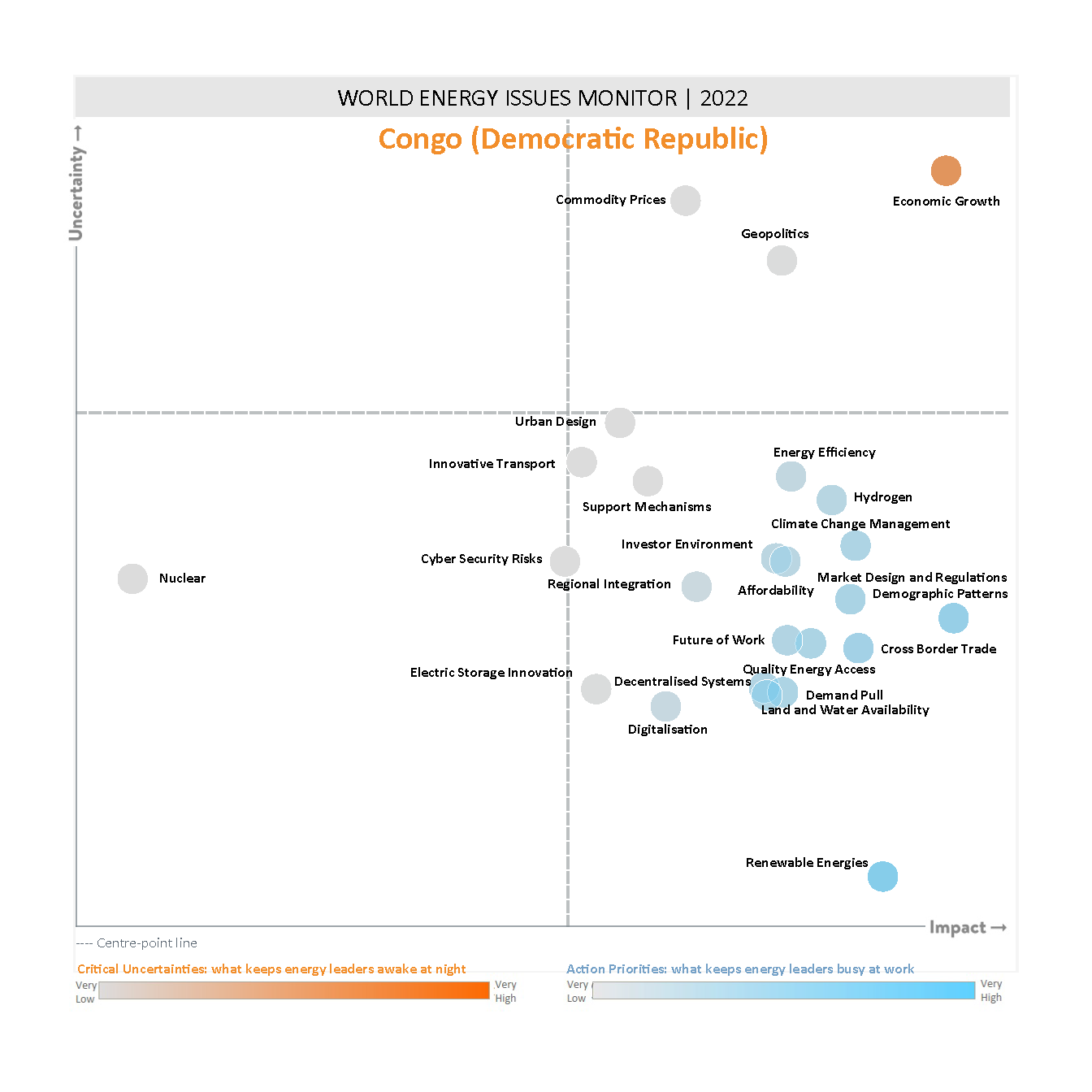 The Democratic Republic of the Congo's (DRC) economic growth is marred by major critical uncertainty in that this growth depends heavily on mining products (copper, zinc, cobalt, diamond, gold, colombo-tantalite) whose export prices fluctuate due to international markets. With its abundance of mineral resources, the DRC is in a good position in terms of geostrategic issues, especially since the country is a producer of minerals that are much sought after for the production new technologies (cobalt, colombo-tantalite, lithium).

The great demand for these minerals by regional and international actors explains the persistence of wars in the east of the country and the acceleration of migration. In addition, the growing energy needs of the mining sector justify the implementation of hydroelectric power plant projects, including that of Busanga (240 MW), commissioned in 2021.

The abundance of the energy resources of the DRC highlights the preponderance of renewable resources, particularly hydroelectricity of which the DRC’s production potential is among the highest in the world. The development of renewable energies is considered one of the key priority actions that will support the country's economic development. This is how we are witnessing the gradual implementation of solar photovoltaic mini-power plant projects for the satisfaction of off-grid centers.

The government believes in the benefits of regional integration in energy matters, in particular the improvement of the reliability of supply to both industrial and domestic consumers. For this reason, the DRC enjoys the privilege of belonging to three of the five power pools of the African continent, namely the Central African Power Pool (PEAC), the Southern Africa Power Pool (SAPP) and the East African Pool (EAPP). Currently, the DRC imports power from the SAPP, mainly in order to compensate for the energy deficit recorded in the South-East region of the country which has experienced a marked revival in mining production since the implementation of the new Mining Code in 2002, pending the construction of new medium and large hydroelectric power plants.

The government also plans to devote a portion of the energy production from the planned hydroelectric power plants, including Grand Inga (44 GW), Mpioka (22 GW) and Matadi (12 GW), to production, particularly for green hydrogen intended primarily for export to the rest of the world. It is interesting to note that the focus set by the government on the development of hydroelectricity is a result of its policy to fight against climate change. It is for this reason that the DRC presented itself at COP26 in 2021 as a country-solution to this serious energy and climate disruption.

It is important to note that the DRC carried out in 2014 a reorganization of the electricity sector stemming from the “Law related to the Electricity Sector”. This law, which enshrines the liberalization of the sector, established, in particular, a Regulatory Body, guaranteeing the preservation of an environment favourable to both public and private investments in the power sector.

The results of the World Energy Issues Survey were discussed with Congolese Energy Council (CCE) members in February 2022. The workshop supported the emerging findings while drawing out three key highlights to summarise the country’s current energy landscape:

Each country is required to develop the energy resources available on its territory to the best of its ability. In the specific case of the DRC, emphasis should be placed on the promotion of hydroelectricity, its potential of which is among the highest in the world. Moreover, the vastness of the national territory justifies the installation of photovoltaic solar power plants in off-grid centres whose connection to the national interconnected network can only occur in the long term. Promoting this energy resource will help minimize deforestation, especially since the DRC is seen as a solution country in the fight against climate change

With its enormous hydroelectric potential, the DRC aims to produce green hydrogen by reserving a portion of the electrical energy to be produced from the large power plants in the project. Green hydrogen will be used both in transport applications (railway, road and river transport, etc.) and for export purposes at competitive prices, particularly to distant countries not accessible by electricity transmission lines.

3. Improvement of the business climate

Improving people's access to energy, especially in the east of the DRC, requires prior solutions for the climate of insecurity in this part of the country, a considerable source of migration. It is understood that conflict is a significant detriment to the investor environment. 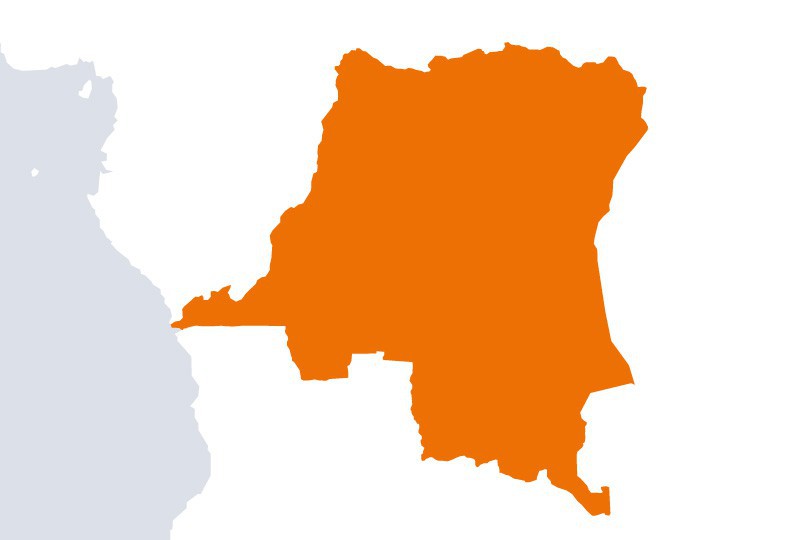