A naval engineer by training, Íñigo began his career in CEPSA in 1982. He has held various positions in the areas of Procurement, Aviation and Navy. In 2011 he was appointed Director of CEPSA Comercial Petróleo and since 2014 he has been responsible for the company’s Communications and Institutional Relations. Currently he is member of the Board of Directors. 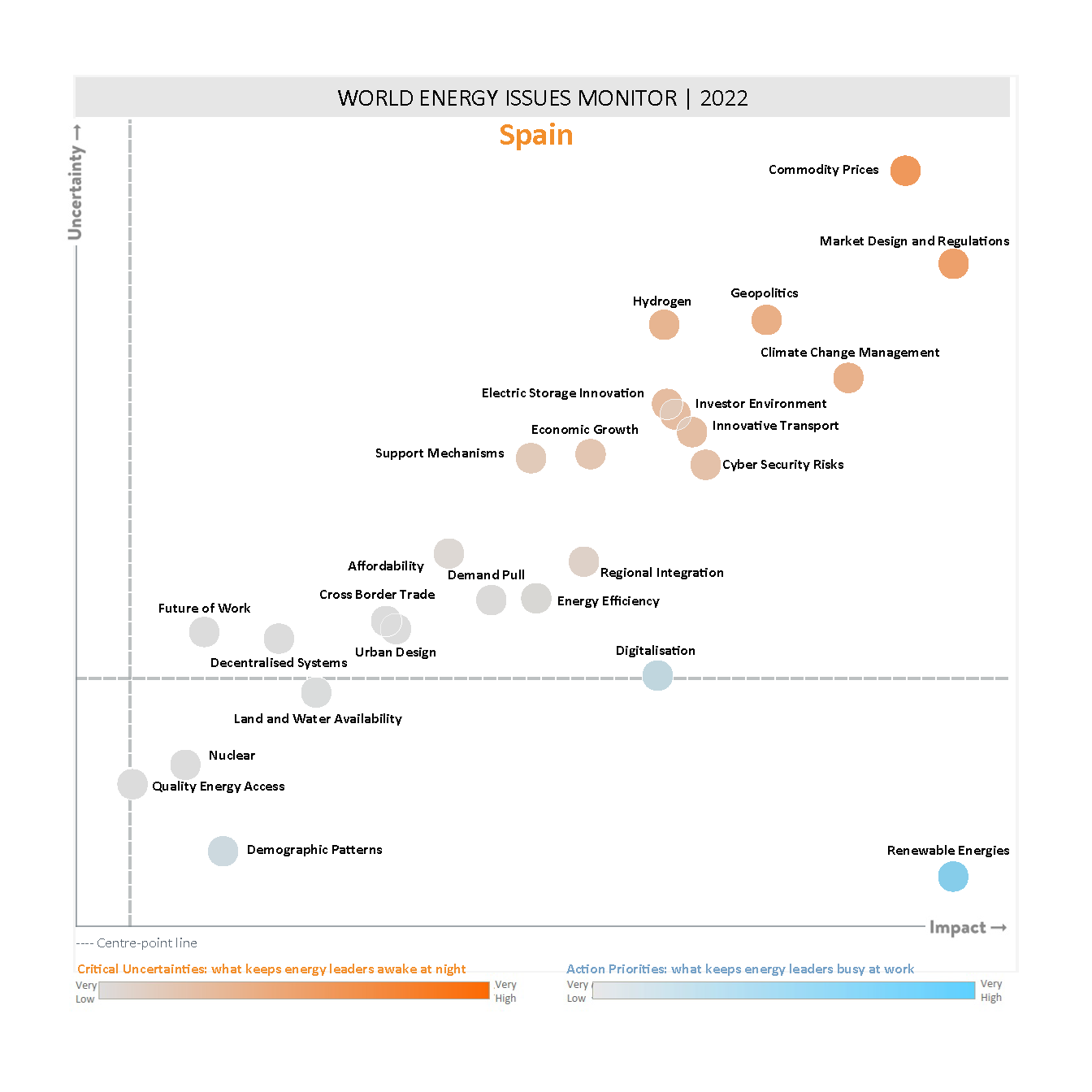 There is a steep increase in uncertainty in most issues, with commodity prices, market design, geopolitics, climate change, and hydrogen standing out as the top five critical uncertainties in Spain and bringing important challenges in the year ahead.

The context of high energy and commodities prices is having a big impact on the competitiveness of industries and companies, as well as for affordability in domestic consumers. The social impact is particularly important in Spain, due to the fact that 40% of small electricity consumers (included the most vulnerable eligible for rate reductions) are subject to regulated prices, which are linked to the wholesale spot market, thus the “media noise” generated.  This situation might not be solved in the short term and the country will need to manage its consequences in a smart way, guaranteeing that short term measures don’t jeopardise long term objectives. Measures to protect the most vulnerable, including some companies are key.

As result of the previous, the debate about the need of adapting the current design and operation of the energy wholesale markets to the new realities have increased in intensity, recognising the importance of working in multiple areas. These, include those related to the remuneration for renewable energies and backup technologies, the demand response mechanisms, or the research for formulas that make retail prices less dependent from volatility, such as PPAs and long-term contracts.

A significant part of the energy prices hike is consequence of the uncertainties generated by the geopolitical situation, aggravated by the current tensions between Russia and Ukraine, with rising concerns on energy security, particularly in gas supply to the EU, and recalling the importance of having less energy dependence from third countries, and greater diversification. The fact that the link between energy and geopolitics is becoming more complex with new technologies, players and rivalries, has also contributed to the position of this issue in the critical uncertainties area.

The attention on Climate change and hydrogen have not gone away this year.  Spain has approved its first Climate Change and Energy Transition Law in May 2021, complementing its National Integrated Energy and Climate Plan 2021-2030 (PNIEC), the Just Transition Strategy, and the Strategy for Decarbonisation of the economy for 2050. These documents which seek climate neutrality by the middle of the century at the latest, are main guidelines for the investments and recovery programmes.

Among transition technologies, Hydrogen continues having high uncertainty, but it is already keeping Spanish industry busy at work, as is responding with many projects and investments to the national ambitious goals on decarbonisation.  The Green Hydrogen Roadmap published in 2020 stablished a target of 4 GW of electrolysers by 2030. The country has a privileged position to become a leader in this area due to its high level of renewables, a well-development infrastructure and industrial capacity. Economic, regulatory and technological challenges of its whole value chain have to be considered and resolved effectively. On the other hand, renewable energies, digitalisation and energy efficiency continue to be the main three Action Priorities in Spain, as these are considered key elements for its ecological and just transition.

The top priority action is once again renewable energies. Spain has overpassed its 20% renewable target for 2020 (+21,2% renewables in the gross final consumption, Eurostat), and the share of these technologies in electricity generation has reached in 2021 a historical record (46%, REE). The Government has continued facilitating the implementation of its 2030 goals (42% in the final energy use and 74% in power generation) and is trying to overcome some of related challenges, with new regulations on its economic regime, and the access and connection to the grid.  However, more need to be done specially concerning speeding up administrative, network processes and new technologies promotion. Regarding the latter, the Offshore Wind and Marine Energy roadmap published in 2021 and the on-process Biogas Roadmap, are important steps forward.   Social acceptance of new energy projects is also emerging as a new challenge.

The county has also accelerated the digital transformation of the economy with the impulse of its strategy plan launched in July 2020, reinforcing its leader positions in areas as connectivity, smart electricity meters (in nearly 100% homes) and smart cities. Significant opportunities are also seeing for energy efficiency, especially in building and transports. The Government has put in place several measures to activate the participation of consumers, as the Roadmap for Self-consumption (December 2021), or Energy Communities.  Communication and education of society is one of the main challenges ahead in these areas. The way urban areas manage energy and affordability have also gained prominence as actions priorities in the transition.

The results of the World Energy Issues Survey were discussed with WEC Spain members in February 2022. During the discussion, the key findings regarding Action Priorities and Critical Uncertainties were confirmed and the following three theses were highlighted: 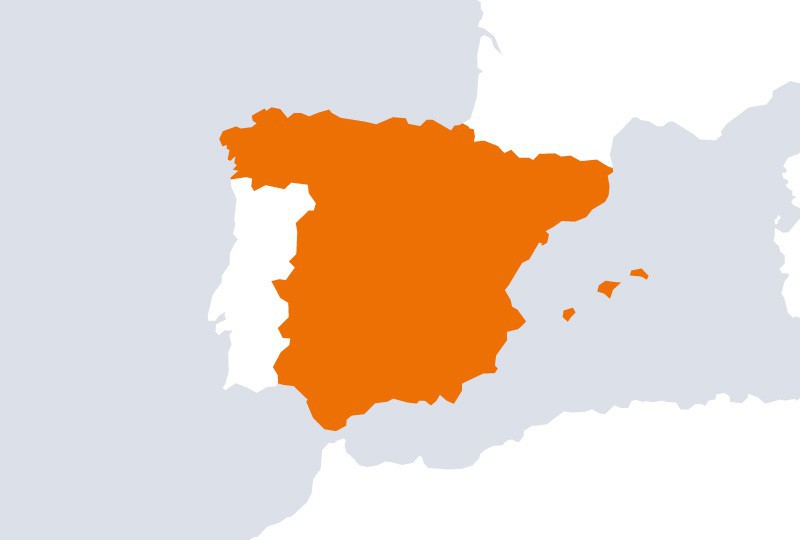 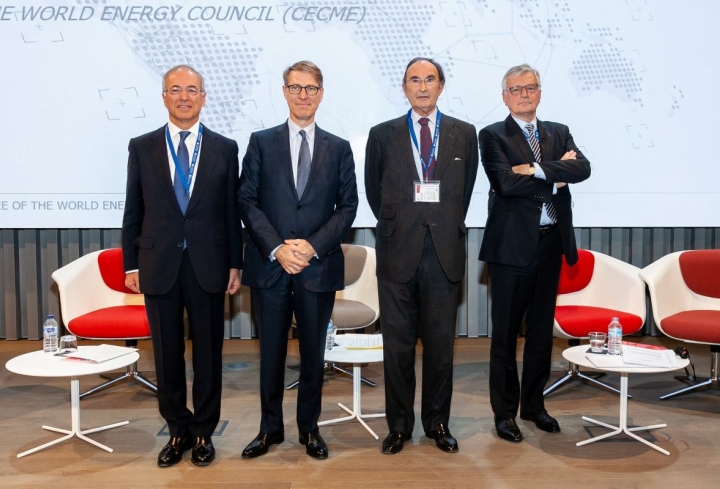 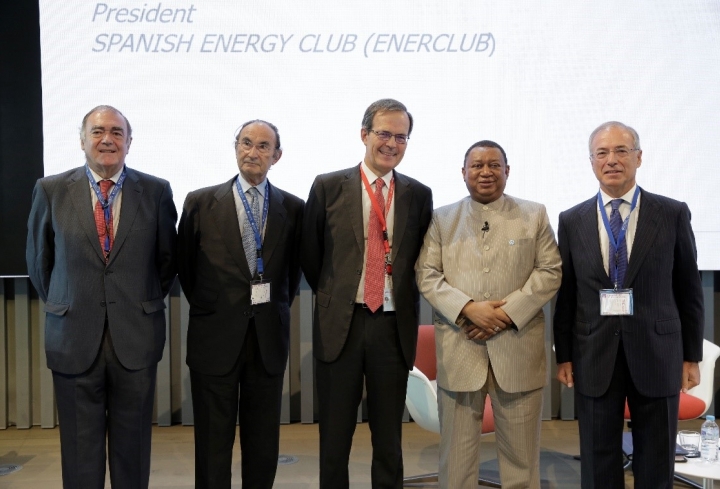 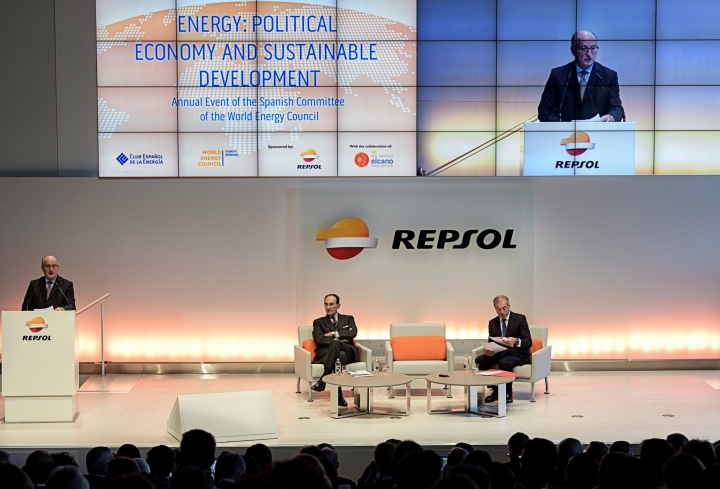