The Egypt National Committee aims to promote sustainable energy development in Egypt, as a part of the World Energy Council’s energy vision. As a member of the World Energy Council network, the organisation is committed to representing the Egyptian perspective within national, regional and global energy debates. The committee includes a variety of members to ensure that the diverse energy interests of Egypt are appropriately represented. Members of the committee are invited to attend high-level events, participate in energy-focused study groups, contribute to technical research and be a part of the global energy dialogue. 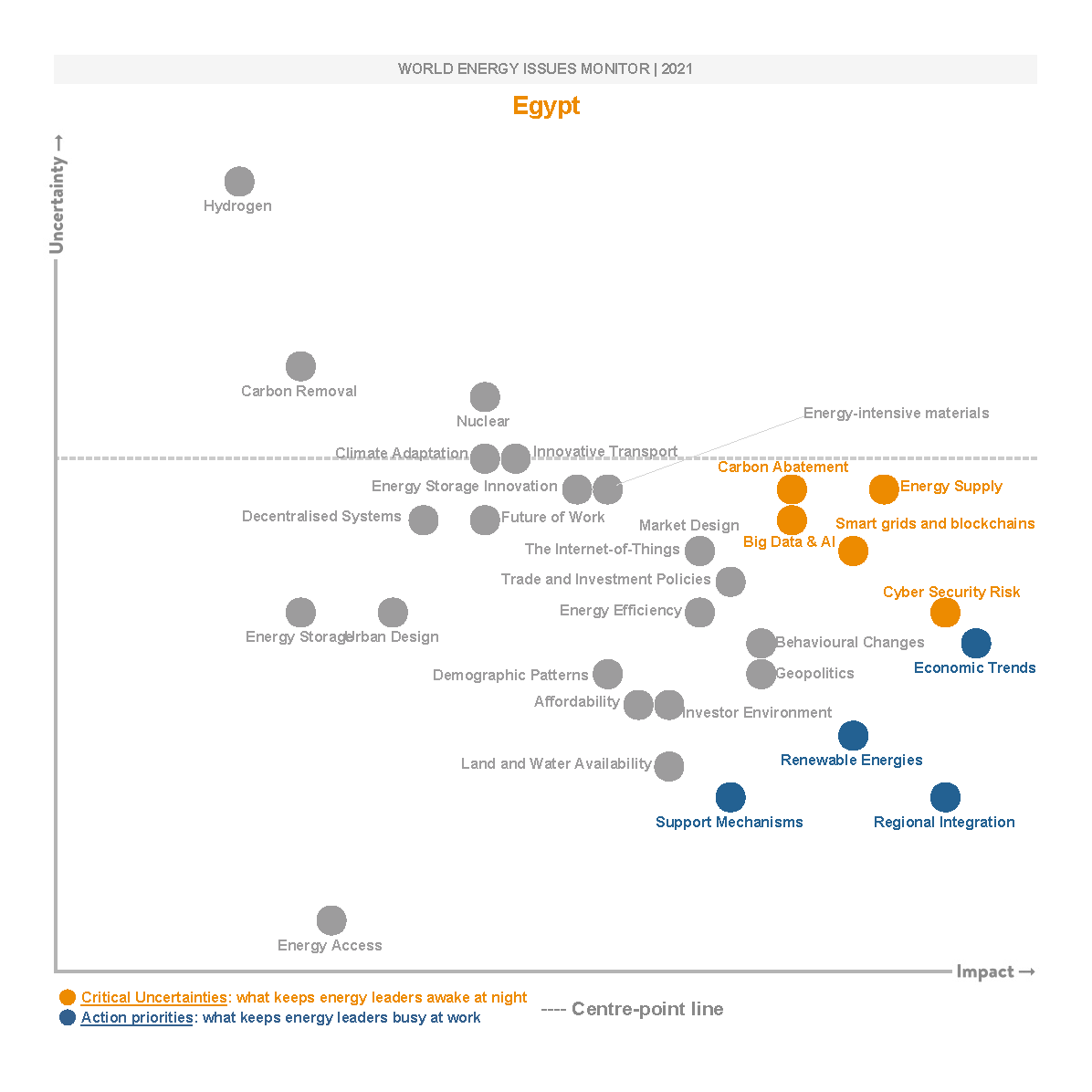 Egypt’s energy leaders have identified critical uncertainties around carbon abatement and issues relating to digitalisation. Action priorities are led by efforts to promote renewable energies and regional integration, as well as opportunities for support mechanisms to aid the country’s recovery from the effects of the pandemic.

Carbon abatement is identified as an important uncertainty. In the electricity production sector, natural gas represents 94% of the total fuel used, resulting in lower carbon emissions than those from coal or oil and the country has an ambitious renewable energy strategy to further reduce carbon.

In the transportation sector, the Egyptian government adopted several initiatives to encourage the usage of e-mobility and low carbon fuels such as electric vehicles to decarbonise the transport sector (NREA Annual Report 2019).

Cyber security risks are also perceived as a critical uncertainty. The risk of cyber-attacks is a concern worldwide not only in Egypt, but Egypt’s energy leaders identify that cyber security needs to be strengthened in the digitalisation era.  Renewable energies are a continued key action priority for the Egyptian government. The Egyptian electricity sector has adopted ambitious energy strategies, which aim to increase the share of energy generated from renewable resources to 42% of the total generated energy in Egypt by 2035. The Strategy has been revised with a commitment to exclude coal from the energy mix and replace it with renewable energy. The Egyptian government will continue supporting renewable energy sources in line with Egypt Vision 2030 and complying with sustainable development goals.

Support mechanisms is seen as an actionable issue. The Egyptian government supports a set of policies and flexible mechanisms to encourage the participation of private investments in its projects, including EPC schemes, BOO, independent power producers, auctions, net metering and feed-in-tariffs.

Moreover, the government has introduced several incentives to renewable energy private developers and commercial producers. These include, guaranteeing access to the grids, allowing long-term power purchase agreements, providing for priority of dispatch, allocating land needed for the projects at a discounted price, as well as guaranteeing the financial obligations of the government off-taker and recently, issuing Green Bonds (MOF).

Regional integration is considered an important action priority. Egypt has an excellent opportunity to be a main regional energy hub in the Middle East because of its unique location between the three continents: Africa, Asia and Europe, in addition to the new adopted policies that support renewable energy and interconnection projects. Egypt is electrically interconnected to Jordan, Libya and Sudan. Moreover, Egypt is implementing an important electrical interconnection project with Saudi Arabia via the DC submarine cable with 3000 MW total capacity in two phases.

Market design remains a critical challenge; the Egyptian electricity law 87/2015 has restructured the electricity sector in an attempt to make it more competitive. It ended up as the single buyer for electricity and allowed private electricity production companies to sell their production to end users.

Although Egypt adopts an ambitious plan for the electricity tariff restructure, tariffs are still below actual costs due to social reasons. So, it is crucial for the government to deal with subsidies and cross-subsidies without hampering social cohesion and increase consumer awareness in order to expedite electricity market reform. 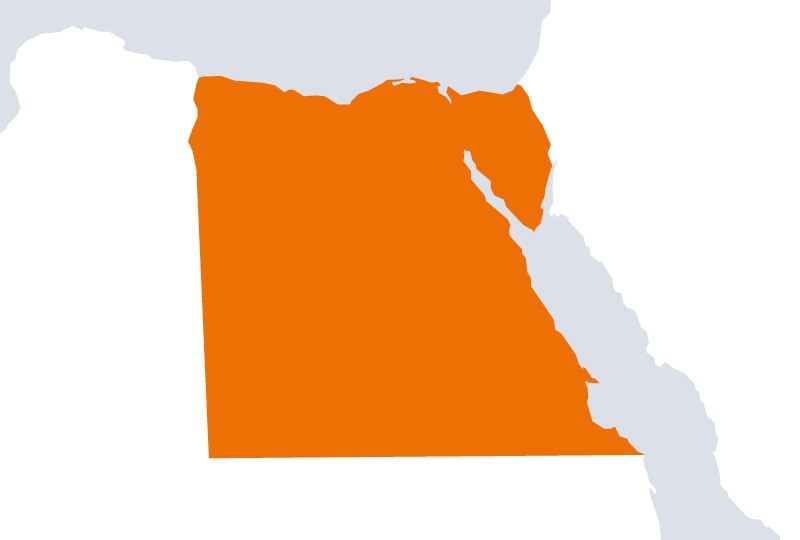