Hando Sutter has served as the Chairman of the Management Board of Eesti Energia since December 2014. Prior to this he was the regional manager of Nord Pool Spot power exchange in the Baltics and Russia. He has also previously worked in the management teams of regional companies such as ESS Group (renamed to G4S Estonia), Tolaram Investments and Olympic Entertainment Group. 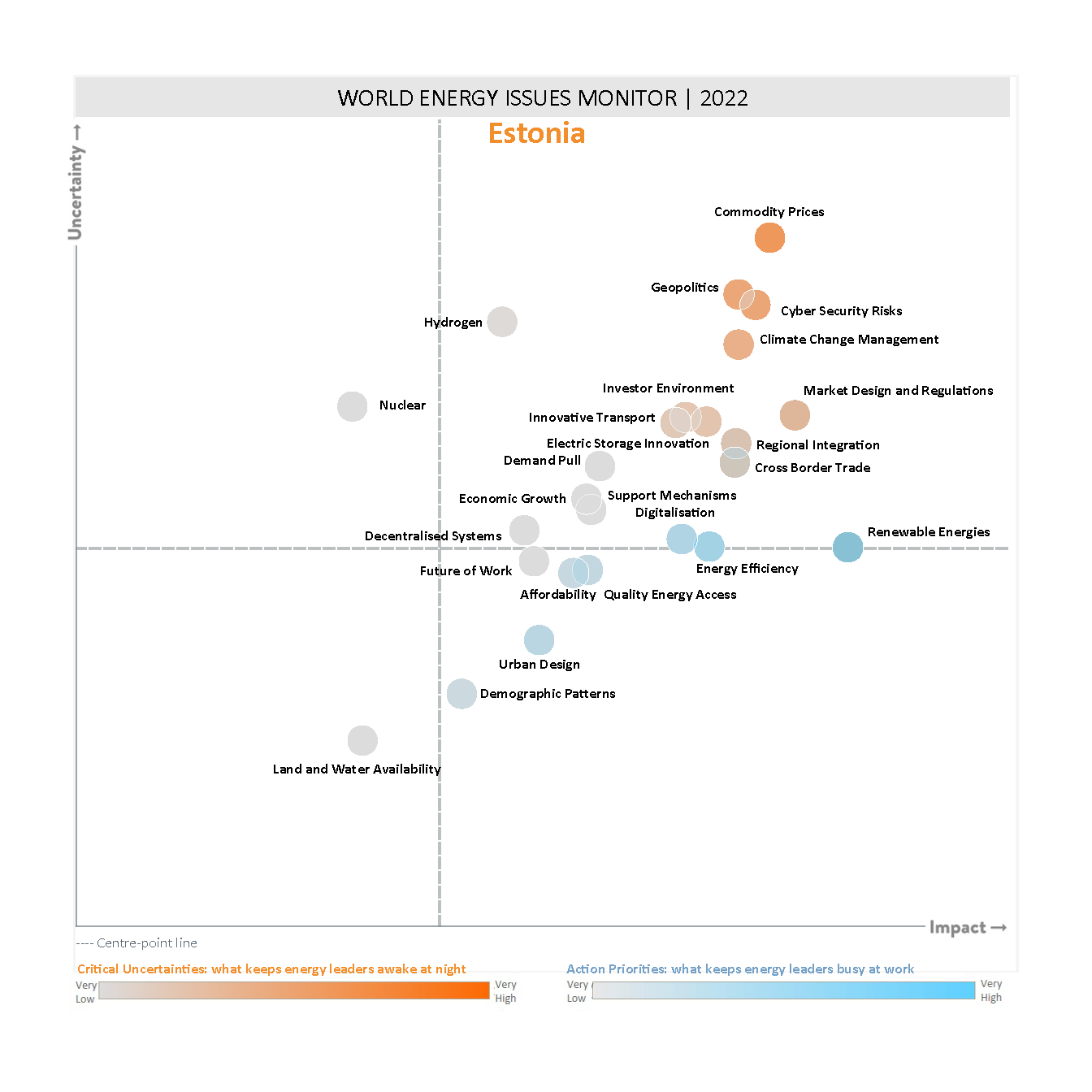 The Estonian Issues Monitor 2022 map reconfirms that decarbonisation, decentralisation, digitalisation and demand centricity, also known as the 4D’s of energy transition, are directing the trends. Similarly to the global map, the Estonian map discloses an overall increase of uncertainty in the energy sector compared to last year with the vast majority of the issues being clustered in the top right hand side of the map.

Digitalisation has strongly affected the Estonian energy landscape for years. Being the first country in the EU to achieve full electricity remote reading capabilities with a central data hub where hourly consumption data relating to each client is stored and made easily accessible to them, remote reading capabilities are also gaining momentum in the gas and heating sector. Several innovative digital and AI technologies have been applied in the country, for example tracing the infrastructure deterioration or optimising the operations and planning of the grid. Digitalisation enables the increase of Energy Efficiency which has been another Action Priority for multiple years. With the households’ energy consumption making up more than a third of the final energy consumed (according to Eurostat households consumed 34.7% of final energy consumed in Estonia in 2020) the focus is on increasing the Energy Efficiency of apartment buildings and private homes.

The highly impactful issue of Renewable Energies has been near the border of Critical Uncertainty and Action Priority of the map for several years, varying across years. This year Renewable Energies is regarded as an Action Priority. There has been an exponential growth of solar energy but no new wind energy developments for nearly a decade due to spatial planning issues. However, with a need to decarbonise production and number of obstacles being cleared by the policy makers, for example the new compensation scheme for local communities to tackle ‘not in my backyard’ attitudes, and the increasing CO2 emissions quota price and the energy price crises this winter – all of which have had a profound effect which should result in new wind park developments being green lit. Constructing new generation capacity would also reduce the import dependency of electricity. Until 2019 Estonia had always been an electricity exporting country but now is reliant on imports and cross-border links. Furthermore, taking into account the aim of decentralisation from the Russian grid by 2026, concerns about the availability of sufficient and reliable energy have been raised which is also reflected in the Quality Energy Access issue being an Action Priority to avoid any potential supply issues. Also, Urban Design is regarded as an Action Priority, which supports the overall understanding and actions around the need to reduce, reuse and recycle.

The unexpected record-breaking energy prices this winter with the electricity spot price hitting 1000.07 €/MWh on the 7th of December 2021 in the Estonian price region of NordPool market and gas prices more the quadrupling, reflect the number one critical uncertainty: Commodity Prices. Clearly, the impact of extremely high energy prices affects the entire economy and has required fiscal support from the government. At the same time, it initiates discussions and action to find solutions to mitigate the future uncertainty as much as possible. High energy prices go hand in hand with Geopolitics – an issue which has always been a Critical Uncertainty for Estonia mainly due to its uncertain relationship with Russia. The latter issue looked at together with the enlarging scope and extent of Digitalisation makes also the issue of Cyber Security Risks more apparent. With the NATO Cooperative Cyber Defence Centre of Excellence being located in Estonia since 2008 after the cyber-attacks against Estonia in 2007, the potential risks of cyber-attacks have been brought to the forefront and hence the potential issue is very well understood by the stakeholders in the energy industry.

Climate Change Management in the region is extensively led by the European Union. The recent European Commission’s Green Deal package “Fit for 55” with an ambitious goal to revise the entire EU 2030 climate and energy framework has increased the uncertainty of stakeholders about the future and in which way it will change the Market Design and Regulations that the businesses and policy must rely on. The impact of the latter two issues is regarded as very high. 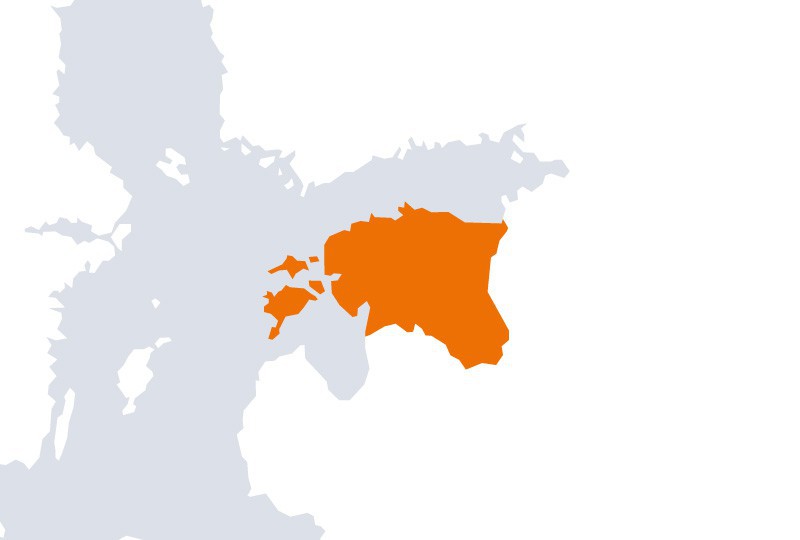 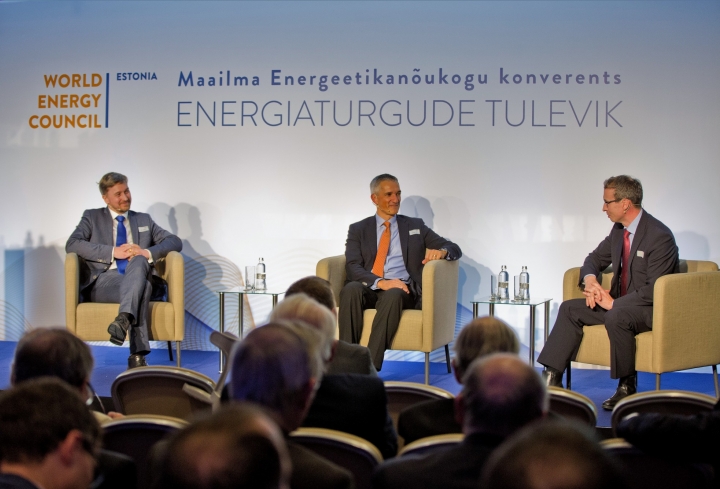 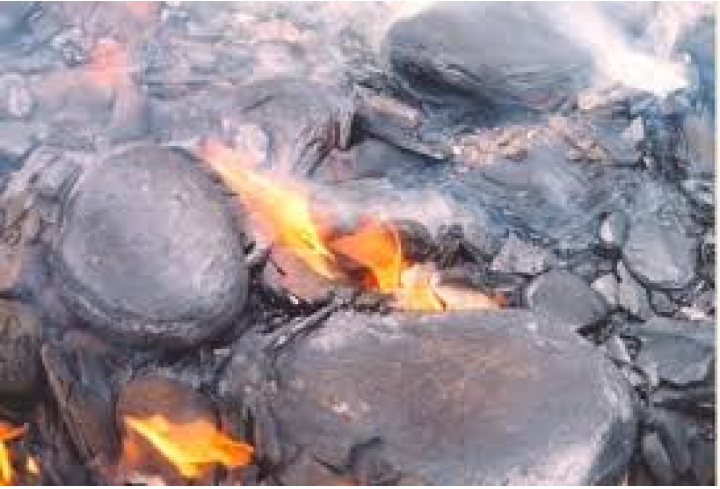 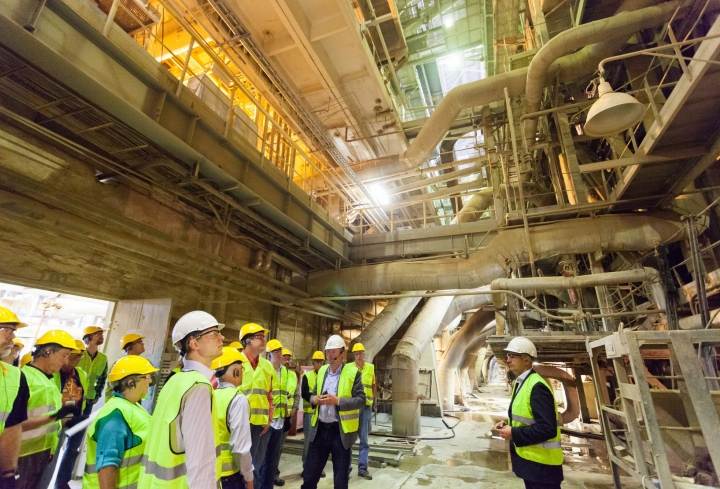