Japan Power Association (JPA), the forerunner of current Japan Energy Association (JEA), was established in 1927 in response to the foundation of World Power Conference. JPA was dissolved in April, 1944, during World War II. In 1950, JPA was established as an incorporated organization, and a year later, in 1951 Japan rejoined the World Energy Council, and set up the Japanese Member Committee. JEA’s core activities include research on energy issues and gathering of information to promote more efficient energy use. Its goal is to contribute to the activities of all energy industries and energy-related stakeholders.

He joined the company in 1976, having gained an appreciation for the energy industry following the 1973 Oil Shock, and worked in a number of management positions from 1992 to 2005, including corporate planning, sales, marketing, and customer relations.

Mr. Hirose became an executive officer in 2006, and in 2008, conceived and spearheaded a campaign promoting the economic and environmental benefits of electrification, called “Switch” that was a Japan-first. In 2010, he re-energized the company vision for global expansion.

Immediately after the 3.11 Fukushima Accident, Mr. Hirose dedicated himself to create the system for Nuclear Damage Compensation. After becoming President and CEO in 2012, he led the company in addressing a number of highly complex issues such as water management and decommissioning plans for the Fukushima Daiichi Nuclear Power Station, compensation for the accident and Fukushima revitalization, and keeping TEPCO competitive while facing the deregulation of Japan’s electricity market.

Mr. Hirose received his B.A. in Sociology from Hitotsubashi University in 1976, and his MBA from Yale School of Management in 1983.

Mr. Masaaki Hanaoka has been secretary general of WEC Japanese Member Committee since July 2020. He holds a Masters' degree in science and technology from the KEIO University, Tokyo, Japan. He graduated in 1987 and joined the Tokyo Electric Power Company that same year. 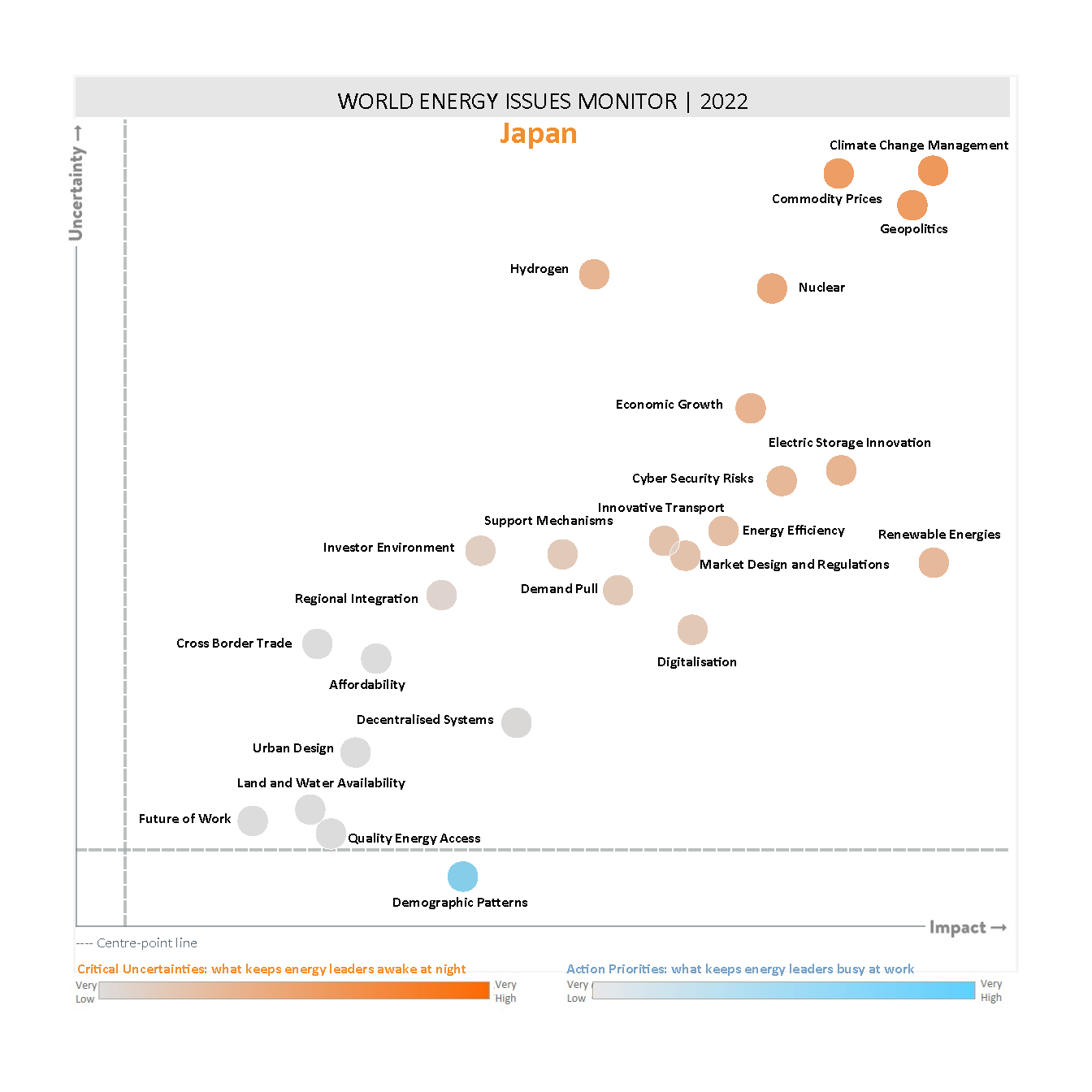 Japan’s economy has been affected by the prolonged COVID-19 pandemic, but it is on a recovery trend and real GDP growth rate for fiscal 2022 is expected to be 3.2%. But more increasingly the environment is big concern for the economy and energy in Japan. In October 2020, the former Prime Minister set a goal to achieve carbon neutrality in Japan by 2050, and last year he announced a new target of 46% emission reduction from the 2013 level by 2030, up from the previous 26%.

Climate Change Management has become the issue that is not only very important but also uncertain. The reason is complicated and said to be unique to Japan.  Based on the goal of carbon neutrality, the Sixth Strategic Energy Plan was formulated by the Cabinet on October 22nd , 2021. In this plan, the development and utilisation of renewable energies, hydrogen, ammonia, CCUS were advocated. However, bridging the gap between that ideal and reality will be a huge challenge.

First, as the ground and sea areas of the country are scarcely suitable for installing solar panels and wind turbines, the development of renewable energy is a difficult situation for Japan. Secondly, as the influence of the Fukushima nuclear accident has been significant, even restarting operations of other reactors, not to mention new construction and expansion, is difficult.

Hence, it is essential for Japan to overcome the difficulties of these challenges moving forward. Innovation is important, but the first thing to do is for the entire nation to understand in detail what the challenges are for carbon neutrality. The marginal cost of reducing carbon dioxide in Japan is much larger than in countries around the world. The reason is that the low-cost renewable energy capacity is small, and the potential of CCS is also small. Commodity prices may continue to rise. On the other hand, many in the public hold naïve belief that carbon-free future will come in 2050 if we continue as it is.

Given Japan’s history and ubication in the nests of volcanoes and earthquakes, in addition to intense heat and heavy snowfall there is a long history of adaptation to environmental change, rather than controlling the environment. The “mitigation” and “adaptation” provisions of the Paris Agreement are clear, and Japan should make the most of this agreement. It is thought that direct air capture (DAC), which recovers carbon dioxide from atmosphere, and overseas storage capacity should be greatly utilised instead of domestic storage capacity.

The problem of declining birth-rates and aging population has been serious and will affect demographic patterns of Japan in the future. There is no choice but to improve its technological capabilities to survive in a challenging era, just like Japan has overcome the past two oil shocks with technological innovation. At COP26, the Paris Agreement rulebook was materialised. This is recognised as a tailwind for Japan. It is expected that the cost of energy systems will be greatly reduced by achieving digitalisation ahead of other countries. Of course, these technologies will be useful for globally.

The emerging findings for the Action Priorities and Critical Uncertainties were tested with the Japanese Member Committee in February. The workshop supported the emerging findings while drawing out three overarching themes to summarise Japan’s current energy landscape:

1. In order to achieve carbon neutrality, all options must be considered besides innovation.

Japan has and will contribute to the world in the invention and development of new technologies. However, the future of energy should not rely solely on innovation, but should be proactive in challenges lying ahead including international cooperation, new business schemes, and outcomes of the Paris Agreement.

2. We reaffirmed that the S+3E perspective is extremely important for energy transition.

S+3E means first and foremost ensuring stable supply and realising low-cost energy supply by enhancing its efficiency on the premise of safety while making maximum efforts to pursue environment suitability. The notion is also positioned as the basis of Japanese energy policy.

3.Energy security has become more important than ever in a variety of issues to be solved.

Japan has long been a country with scarce domestic energy resources. Energy security is more crucial than before with a rise of the geopolitical tension in neighbouring countries. Electrification is also important for decarbonisation, but energy-use technology and security will be required to withstand harsh realities at the same time. 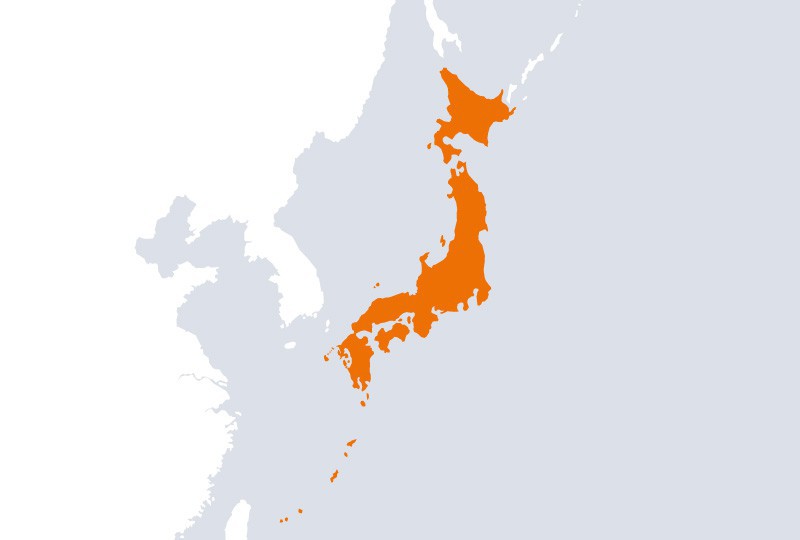 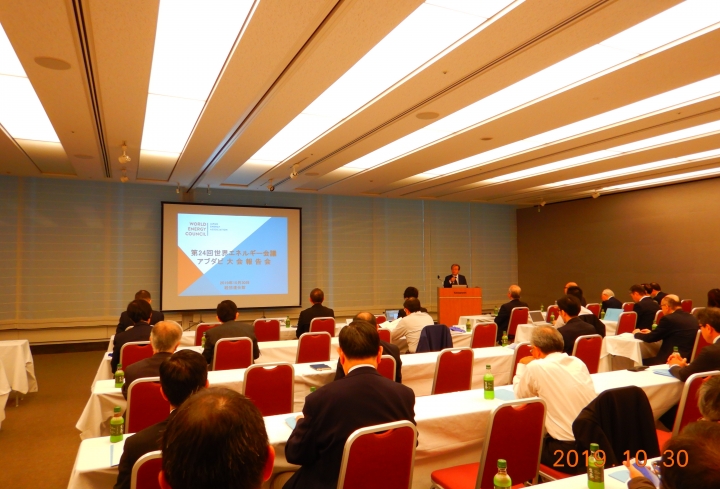 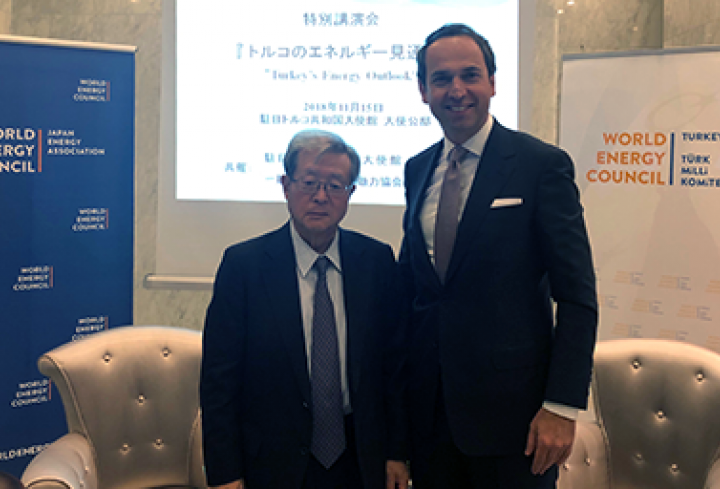 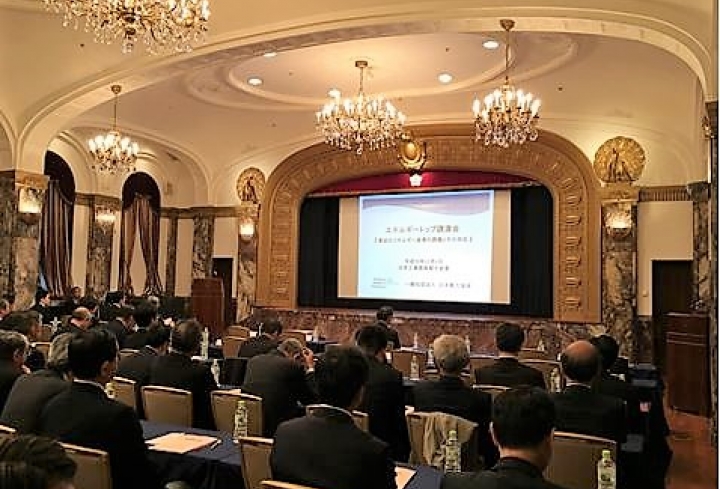 Challenges and actions for the Japanese energy industry