Richard Lancaster is the Chief Executive Officer of CLP. Mr Lancaster joined CLP in 1992 and has held a variety of managerial positions in CLP.  His experience covers project management, power plant operations, commercial, finance, legal and corporate functions. Earlier in his career, he worked in the electricity supply industry in his home country Australia and later in an international brewing company in the UK.

Prior to assuming his role of CEO in September 2013, Mr Lancaster was the Managing Director of CLP Power Hong Kong for three years. He holds a Bachelor of Engineering in electrical engineering from the University of New South Wales. 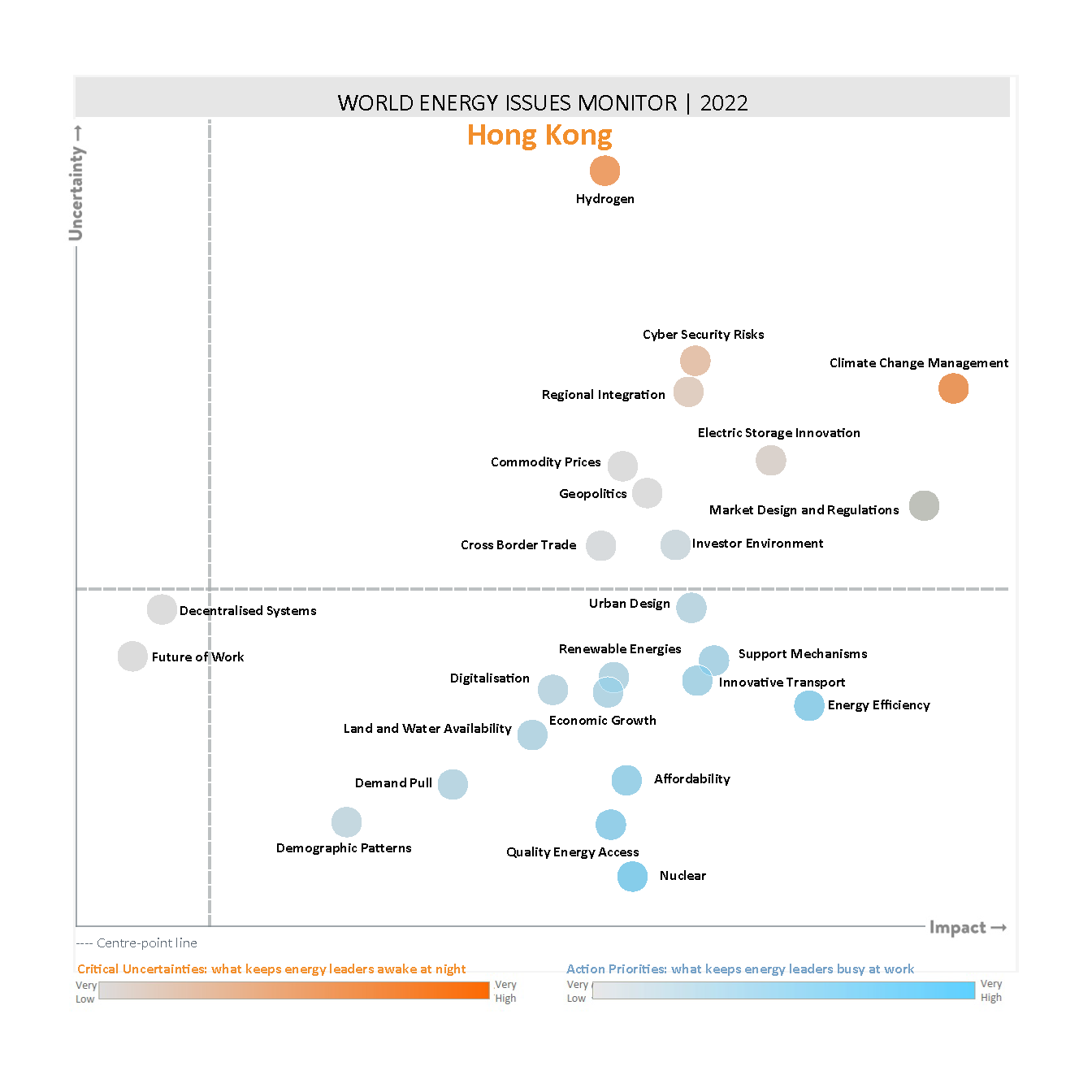 The map illustrates grouping of the issues towards certainty rather than high uncertainty. This could be a reflection of Hong Kong’s economic development status, as well as the current planned power market structure and Hong Kong’s typical pragmatism towards reducing risks and uncertainties.

Since COP26 in late 2021, combating climate change has remained an important issue across the globe amid the COVID pandemic. In a collective effort, many nations have made decarbonization targets. Hong Kong is no exception and has pledged to strive for carbon neutrality by 2050. Consequently, many action priorities in Hong Kong are in concert with the Hong Kong SAR government’s policies in advancing the energy transition:

With over 50% of Hong Kong’s population living on the 15th floor and above, maintaining a reliable power supply is critical and hence quality energy access may have been interpreted as a proxy for maintaining a reliable quality energy supply as an action priority. Hong Kong also values affordability and hence would like to maintain the current affordability during and after the energy transition as an action priority.

Despite the existing action priorities, more measures are needed to reach the climate change target and so climate change management remains as one of the most critical uncertainties in Hong Kong. Given Hong Kong’s context, notably its limited renewable resources, Hong Kong is exploring the role of green hydrogen in its transition. Hydrogen has been a hot topic in the energy sector and on the international agenda. A number of countries have already developed their own hydrogen strategy or plan, but Hong Kong has yet to make any concrete plans. Thus, hydrogen remains a critical uncertainty in Hong Kong. Electricity and gas companies have started to explore the feasibility of hydrogen applications in their businesses, as well as imports from China or other Asia Pacific countries. Regional integration, as well as potential changes in energy market design and regulations pose further uncertainties on how they may influence Hong Kong’s transition towards a carbon neutral energy future. Fortunately, it is likely that these uncertainties provide more opportunities than risks, given Hong Kong’s constraints as a city and China’s own growing momentum towards a carbon neutral energy future. In parallel to combating climate change, another priority for Hong Kong is its pursuit of becoming a Smart City and hence, concerns over the uncertainties arising from cyber security risks.

1. Carbon neutrality to be achieved through both supply and demand-side measures

Achieving carbon neutrality by 2050 is a top priority for Hong Kong. It will be delivered through a combination of both supply-side decarbonization and demand-side reduction. Hong Kong will continue to decarbonize its energy supply through the shifting of power generation from coal to natural gas in the interim and green hydrogen in the longer term; and further increasing the use of nuclear power and as much renewable energy and energy storage as possible. On the demand-side, Hong Kong will focus on building energy efficiency measures and innovations in electrifying as much of local transport as possible.

2. Reliability of supply concerns during transition

In a dense skyscraper city like Hong Kong, having a secure and reliable quality power supply is critical. Hence there is a strong desire to ensure that the current high levels of reliability are maintained during the energy transition, in light of the regional integration activities and potential changes in energy market design and regulations. Furthermore, as the energy system becomes increasingly digitalised, cyber security risks will arise and need to be carefully managed. It is imperative that Hong Kong continues to be prepared, to adapt to and to build resilience against potential climate change-related supply chain disruptions.

3. Affordability during and after transition

Similar to other parts of the world, Hong Kong is experiencing growing economic inequity, within and between generations. Combined with the ageing population, maintaining the affordability of energy will be critical for a stable society. 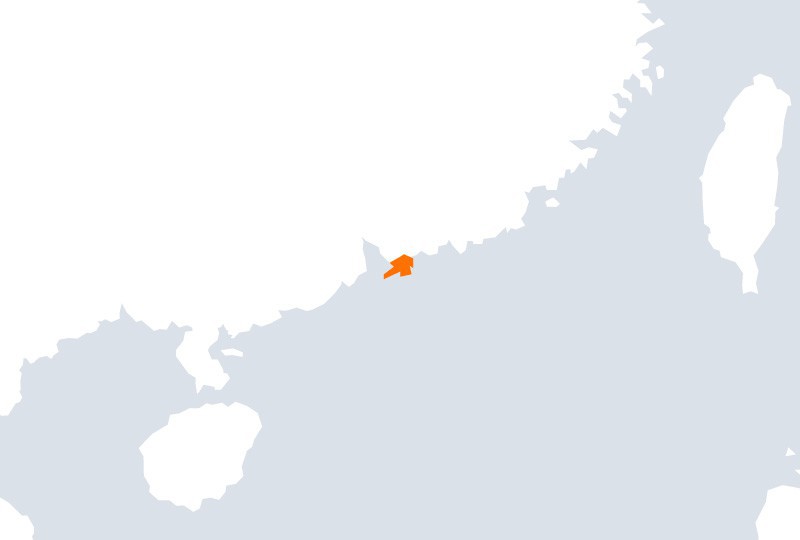