Home > About Us > Our People > Younghoon David Kim

Younghoon David Kim became the Chair of the World Energy Council at the close of the 2016 World Energy Congress in October 2016 and occupied this post until September 2019. He is chairman and CEO of the Daesung Group, one of South Korea’s oldest energy conglomerates.

Mr Kim was previously Co-Chair (2013-2016) and Vice Chair for Asia Pacific and South Asia (2005-2011) for the Council. Mr Kim was also the Co-Chair of the Organising Committee for the 2013 World Energy Congress, Daegu, South Korea. In recognition of the success of the 2013 World Energy Congress in Daegu, Mr. Kim was awarded the Seo Sang-don Award in 2014, which honours the achievements of an outstanding Korean business leader.

Mr. Kim served as Co-Chair of the Organising Committee for the 2015 World Water Forum, which was held in South Korea. Mr. Kim also has served on the Energy Council of Korea, advising the government on national energy policy and securing energy resources. The Mongolian government awarded Mr Kim, the Order of the Polestar, its highest honor for a foreign national in 2008, in recognition of his contribution to the fight against desertification in the Gobi Desert with Daesung’s SolaWin project. This project has been successfully replicated in South Asia, Central Asia and Africa as a model PPP that alleviates food, energy and water (“FEW”) poverty.

Mr  Kim joined the Daesung Group in 1988 as Vice President, served as President from 1994 to 2000, and has been Chairman and CEO since 2000. He is the main shareholder in the group. Previously, he worked at Citibank in Seoul beginning in 1981. Mr Kim has focused on diversifying the Daesung Group’s activities. Daesung is responsible for supplying 20 percent of the residential natural gas market in South Korea. In addition, Daesung has developed electric power and renewable energy sources, including landfill gas-to-energy, a combined-cycle gas power station, and Korea’s first solar power tower system. 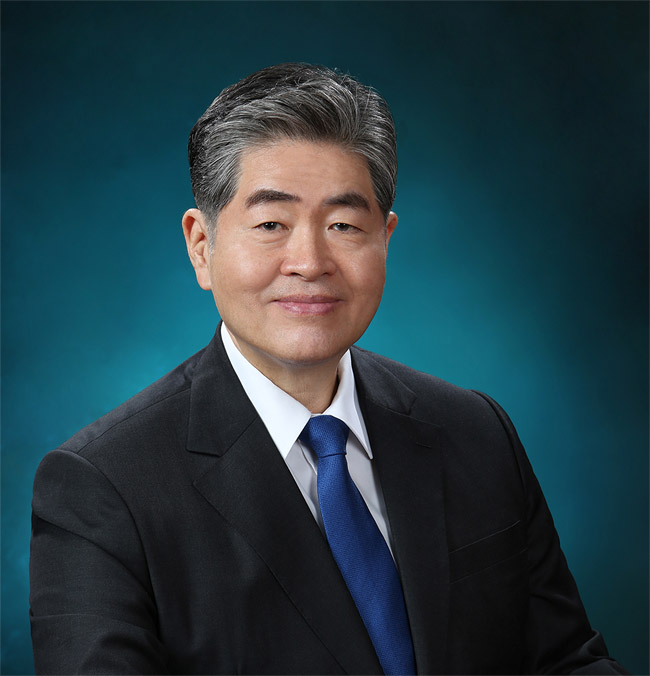