Electricity is the new oil 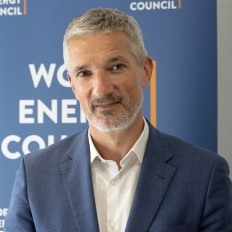 Dr Christoph Frei, Secretary General of the World Energy Council discusses the impact of digitalisation on the future of the energy system and argues that electricity is the new oil.

The one thing above everything else that is keeping energy leaders awake at night is the impact of digitalisation on the future of the energy system. The reality is that the way we produce and use energy is changing in all parts of the world. This is not only a challenge for developed economies who are struggling to come to terms with integrating new approaches into the existing infrastructure. Industry leaders and policymakers across the globe are considering the impact of innovation with a mixture of excitement and unease.

The energy world is undergoing a grand transition, driven by a combination of factors including the fast-paced development of new technologies, an unstoppable digital revolution, global environmental challenges, as well as changing growth and demographic patterns. Over the coming years, this energy transition will impact operating models and the economic foundation of both nation states and businesses, leading to a rebalancing across sectors and regions with knock-on effects on the wider global economy.

As part of the new realities, the focus has shifted from the question of whether oil supply will peak to the discussion when energy demand will peak; how much stranded fossil resources we have as a result of a limited carbon budget; how new climate and cyber risks redefine resilience thinking; how new business models and digitalisation define momentum on a path of innovation which changes the way we produce and use energy in the industrialised and developing world; and how the resulting transformation drives new realities and priorities in global energy governance.

We will see a deepening of the electrification of final demand, with electricity rapidly becoming the ‘new oil’. From analysis within our 2016 World Energy Scenarios report, we expect electricity demand to double from 24,000 terawatt-hour (TWh) in 2014 and double in 2060, or from 18% of final demand in 2014 to 29% in 2060. Advances in electric storage and renewable energy, both empowered by digital capabilities are key areas that dictate the pace and the scale of the energy transition.

The dramatic increase of renewable energy capacity across the globe, notably for wind and solar PV, will continue and further advance the role of renewable energy in the global energy mix. We expect solar & wind to rise from 4% in 2016 to between 21 and 42%in 2060. Energy leaders clearly believe that technology innovation, unleashed by effective trade and guided by coordinated climate action, is the key to a decarbonised energy future.

Natural gas is the only fossil fuel for which we see no demand peak in the next decades. However, there is a cloud of uncertainty hanging over the golden age of gas with great variance in plausible future demand dynamics according to our scenarios work. Gas provided for 22% of electricity supply in 2014. This moves to anything between 17 and 32% by 2060, which corresponds to an absolute increase of between 300 to 1500 billion cubic metres (bcm). A strong move to Asia is a trend but the question is at which point will heavy dependence on imported gas be perceived as a risk?

The electricity system is going through deep change. We will see a greater diversity in types of actors and business models, enhanced system response capability through digitalisation and more decentralisation and direct interactions between prosumers and devices enabled through technologies such as blockchain.

The combination of digitalisation, decentralisation and new technologies will drive new business models, change the way we think about supply-demand interaction and challenge our current thinking on issues such as national tax and regulatory sovereignty, privacy, price solidarity or cybersecurity.

Decentralised energy systems may not always be the preferred option for governments and certainly not for traditional energy utilities initially; governments and energy monopolies may lose control and others gain from the decentralisation of energy. Provided regulations and regulators allow the transition to happen, decentralisation can empower local communities, organisations and individual consumers, particularly when energy consumers also produce energy – for example, through the wind and solar installations that they own.

The new energy world is one of more players, different rules and new markets. The way the energy sector has developed over the past 100 years is about to change significantly and we need to be ready with agile thinking, flexible investments and dynamic policy frameworks to respond to this grand transition. What are great opportunities for some represent new risks for others.

Learning from other industry transformation cycles, the energy digital transformation will go through the same disruptive journey making the status quo not an option any more.

In such a context of technology democratisation and a changing energy system, we must re-think the role of the state and of companies in ensuring access to secure, affordable and environmentally sustainable energy.