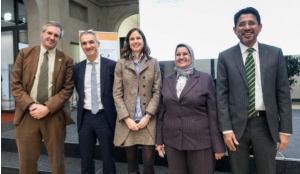 Post COP 23, around 150 energy experts from industry, science and politics within Germany and abroad, convened to explore the "new realities" facing the energy sector globally at the 2017 World Energy Day, Berlin, on 21 November.

In his welcoming address, Dr Uwe Franke, President of the World Energy Council - Germany, stressed that no country alone can create a sustainable, affordable, secure energy system. “Trends and innovations do not end at national borders, nor do CO2 emissions or energy itself”, and argued in favour of strong international cooperation.”

During four interactive keynotes, participants at the Energy Day embarked on a journey through various continents. 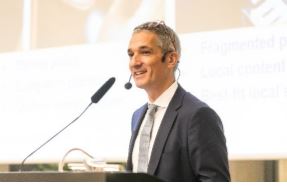 Dr Christoph Frei, Secretary General of the World Energy Council,  gave an overview of the World Energy Scenarios and the Council's World Energy Issues Monitor. He commented: “The global per capita energy demand will reach its peak before 2030. Demand for electricity will double by 2060. The phenomenal rise of solar and wind energy will continue at an unprecedented pace. Demand for coal and oil has the potential to lead the world from stranded assets to stranded resources.

“The transport sector will be one of the most difficult ones when it comes to decarbonising future energy systems. Limiting global warming to a maximum of 2°C requires extraordinary and sustained efforts that go far beyond the commitments already made and entail very high coal prices. Global cooperation and trade, coordinated climate policy and technological innovation are necessary to balance the energy trilemma.” 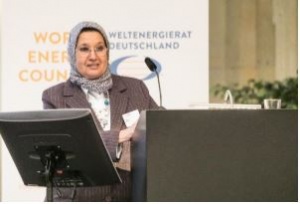 Dr Elham Ibrahim, former Commissioner, Africa Union and current Vice Chair, Africa, at the Council, is a distinguished expert on Africa's energy policy and questioned how Africa can transform its diversified energy resources into sustainable, modern and affordable energy services.  Only 45 per cent of the continent has access to energy -  the North with 99 per cent is better supplied than the Sub-Saharan region. The total generation capacity is currently around 170 GW. Africa is open and welcomes all development partners for a win-win cooperation.
It sees market opportunities for both large power plants and new possibilities such as off-grid, small-grid, micro-grid, roof or household solutions. “The solution to the energy problem in Africa is not a one-size-fits-all approach”, she said, “but must be tailored to the consumer. Regional integration is a must for the development of Africa.”
California Energy Commissioner, David Hochschild, stressed in his keynote speech that the Californian state will not support the Trump administration's move to withdraw from the Paris Climate Agreement. Instead, he wants to do his utmost to push ahead with the path already taken towards a climate-friendly energy supply based on renewable energies.

The aim is to increase the share of renewable energies, which already account for around 30 percent, to 50 percent by 2050 – although the target is expected to be reached 5 to 10 years earlier. This progress is due to constantly falling prices for clean energy technologies. The transport sector is also changing: In California, almost 350,000 electric vehicles are now on the road - a share of 50 percent within the entire USA - with a strong upward trend. 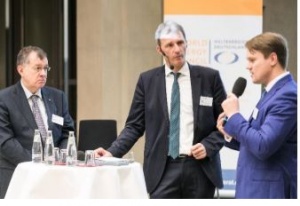 Moderated by Dr Carsten Rolle, Executive Director of the World Energy Council - Germany, the afternoon program started with a look at Estonia. Dr Mart Laanemäe, Ambassador of the Republic of Estonia to Germany, outlined the aims of the country's current EU Presidency. The clear focus is on digitisation, which has progressed in Estonia like in no other country in the world. The energy sector is no exception, as demonstrated by the practical example of the utility company Eesti Energia, presented by its Partner Relations Manager Mihkel Härm. Smart investments and innovations more than doubled the share of renewables in the energy mix. Under the motto "e-Estonia", the company has been pushing its digital processes for 20 years.

Since 2016, all households have had access to smart grids and smart meters. Dynamic contracts (prices vary by the hour) and access to smart apps allow the management of the individual power consumption in real time. Network failures were reduced by 20 percent. Customer interaction decreased by more than half, while customer satisfaction doubled. Estonia's progress in digitisation is the main driver of the energy sector`s rapid changes.

A Slido poll on digital solutions, which was launched as a starting point for the discussion, showed that more than half of the participants of the Energy Day would be prepared to use Smart Home products and E-Government. Only just under a quarter expressed concerns about data protection.

However, the different national interests within and outside the European Union pose a constant challenge to common energy and climate policy. When asked about the prospects for the European energy market in 2030, the parties agreed that a "multi-speed Europe" and various multilateral agreements would be decisive.

The day ended with a discussion on how the governments of the various EU Member States that have recently been elected (France, Great Britain, the Netherlands, Germany) and those that are about to be elected (Italy) will push ahead with their national energy and climate policies.

Among other topics, the various goals and measures of the individual countries, the possibilities for a long-term phase-out of electricity production from fossil fuels and the situation in Europe after the Brexit decision were discussed.

The participants agreed that the more the EU states cooperate in the energy and climate field, the more successful and efficient they will be, the more innovations and learning curves can be shared. Concrete measures by individual countries can be disputed, but there should be no doubt about the determination to climate protection itself.

Interactivity with the audience was ensured by interspersed live surveys on the Slido.com website.