Can every country transition to clean energy?

This article was originally published in MODUS Magazine on 16 November 2021.

Dr Angela Wilkinson is secretary general of the World Energy Council, an organisation founded in 1923 with the aim of preventing international conflicts over energy resources. Nearly 100 years later the conflicts are still bubbling under the surface but are more likely to end in economic sanctions such as trade embargos than a military war.

Modus caught up with Angela, before COP26 in Glasgow began, to get her thoughts on the global transition to clean energy and what she hopes the international climate summit will achieve.

Tell us about some of the sustainable energy challenges the World Energy Council is dealing with.

There’s an awful lot of ideological overtones in the dialogue around energy now. There’s also a lot more politicisation. If you’re in America and you say ‘build back better’ you’re automatically in Biden’s camp. For some climate activists, you’re either with them or against them, hero or villain. For political activists you’re either on the left or the right and if you’re interested in energy transition you must be green. This is not helping.

How do you tackle issues as big as the ideology and politicisation of energy?

I’m interested in humanising the conversation around energy transition. Energy is used by people for good and bad things and we want to be able to keep using it without destroying the planet. That to me is energy transition.

The future of energy is going to be about customer-centric, climate neutral, socially-just systems, focusing on uses and users, not suppliers and producers. And this shift in the balance of power, as we transition to renewable and decentralised power, must be managed.

How has the pandemic disrupted national governments’ progress in transitioning to clean energy?

It brought some breathing space, because if you close down a lot of energy uses you have less carbon dioxide in the atmosphere. People saw the possibilities of what a clean energy future could be – clear skies and less congested streets, which was exciting. Who’s been able to see LA’s mountain landscape in the last 40 years? People often talk about climate change in the abstract and have no idea what this clean energy future will look like, but the clear skies have given them a tiny taste and they want more of it.

It also revealed the unevenness of the world, because while the lights have stayed on for many people, the lack of access to energy for cooking and health reasons is stark. We’ve been celebrating getting to under a billion people without any connection to energy but COVID-19 reminds us that what we need for decent lives is a different level of energy to the very basic one we’re trying to get to today.

How are different parts of the world approaching the clean energy transition?

There is no one-size-fits-all approach, there are multiple energy transition pathways. And the diversity in energy systems has increased over the past 50 years. Situations are very different: you go into Latin America and there’s a lot more hydroelectricity; if you go over to Asia there’s much more coal; in Europe there’s more nuclear and renewable energy. The starting point is very different and so are the politics, economy and regime.

The Middle East is trying to transition its energy and economy at the same time. Then you go over to North America and there seems to be an idea that they can go from coal to renewables without having to go through gas – well that might work for North America but it won’t work for other regions.

How is success in this area measured?

You can’t think about just one metric for energy transition. Although climate change is imperative, you have to balance the transition among energy security, affordability, justice and equity issues, as well as environmental and sustainability concerns. That could include water stress, land use and forestry.

We’ve recently published our World Energy Trilemma Index update – we benchmark national energy performance across the world. And not just who’s at the top and bottom but who’s tracking as the most improved in certain categories. You can find different leaders in different areas. 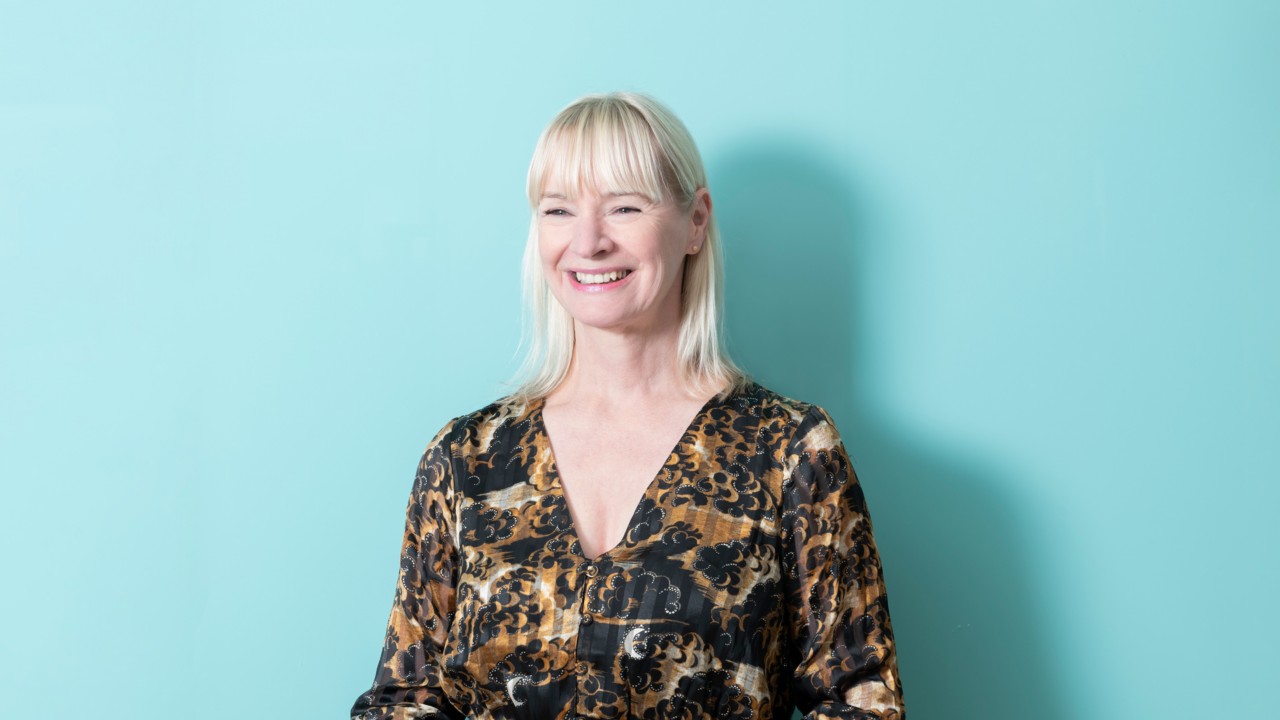 There’s geopolitics and sociopolitics – both can be an enabler or an obstacle. The geopolitics of energy has changed – it used to be all about oil and gas, Russia and the US, and now it’s broadened. If you want to get the world converted to wind turbines and solar you’ve got to get the materials for that from somewhere.

Is it more difficult convincing countries in the Global South to spend time and money on clean energy when they may have other development priorities?

No, because anyone who lives in an emerging economy wants a good future for their kids. When you go into the non-OECD world the conversation tends to broaden from climate neutrality to sustainable development. It’s a wider range of things that have to happen.

I would say there’s more opportunity for those working in the built environment in developing countries. We know that retrofitting sustainability into cities and buildings is much more expensive than building it new. In many parts of the world, their cities are still growing and they’re mid-size cities, so there’s a chance to make a real design intervention at this point. An intervention which isn’t just about climate neutrality, but liveable cities and decent lives, jobs and the industrial heart of the city. Not just how it’s going to grow but how it’s going to be clean.

Europe has very mature cities so retrofitting becomes a big issue. Other parts of the world are still urbanising, so they have design possibilities Europe doesn’t have.

What are you hoping to see from COP26 with regards to the energy transition?

The conversation is currently far too fixated on targets and timelines rather than measures and approaches. Which countries are looking not only at climate mitigation but climate adaptation? There’s been a fear of talking about adaptation because it suggests we’ve given up on mitigation.

We need to see a step change in energy literacy. Moving on from ‘certain energy is good or bad and this is how you change it’, to ‘where is energy, what choices do I have and how do my behaviours affect this?’

Are there a lot of disagreements between parties that are effectively working towards the same goal at an event like COP26?

The French lead negotiator in Paris was trusted by more countries than the lead negotiator in Copenhagen the year before, that really made a difference. You’ve got to think about COP not as some big faceless thing but it’s about people, who’s in the room and who trusts who. The negotiations are often about sorting out the bits in brackets in a 400-page document, it’s political horse trading.

For Glasgow, it’s going to be UK diplomacy leading the negotiations. I have found some of the phrasing of that diplomacy machine to be far from diplomatic. ‘We’re in the lead and you need to catch up with us’ is not very approachable. 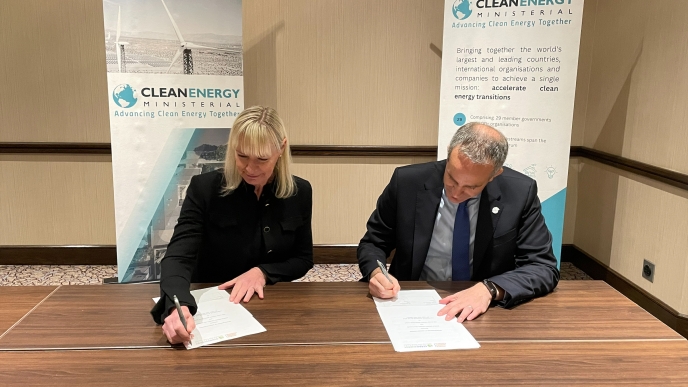 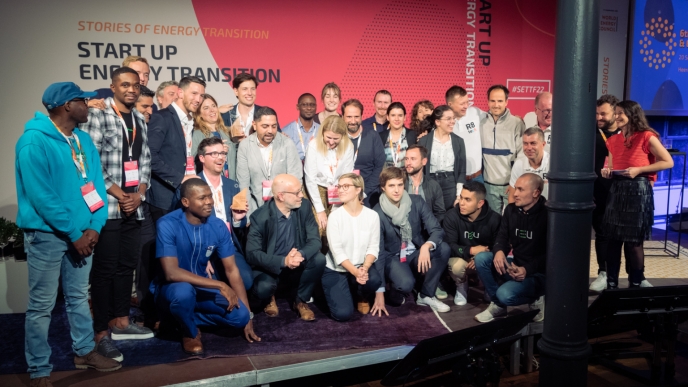 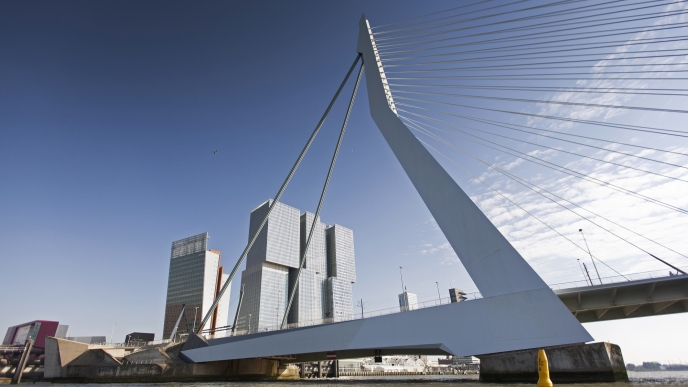 RT @StartUpGET: 📸For now, we’ll let the pictures do the talking. Here are all the moments of #SETTF22 recollected – https://t.co/fudmslUKq…