< Back
Energy policy must be stable, delegates heard at a WEC Portugal event in Lisbon last month (27 November).
Echoing the recommendations of the WEC trilemma study, Jorge Moreira da Silva, the Minister of Environment, Spatial Planning and Energy, stressed that “Portugal needs a stable energy policy, with a vision that transcends a legislature”, adding that decisions on electricity generation deserve political consensus at the national level as they may affect long-term security, prices and competitiveness. 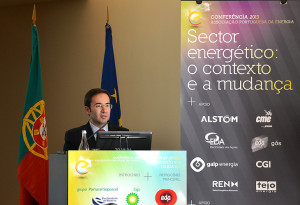 The minister made the remarks to 180 delegates at the WEC Portugal’s annual conference, which this year marked the committee’s 25th anniversary.

Marco Baroni, Senior Energy Analyst from the International Energy Agency, described the changes in the oil and gas sector.  Due to the rise of unconventionals, the sector has experienced dramatic changes where “importers become exporters, exporters become major sources of demand, and new supply options are reshaping the distribution of resources.”

Paula Pinho, representing the EU Commissioner for Energy, said that while Europe is becoming a relatively small player in the energy sector, it is increasingly dependent on imports. She made the point that in order to safeguard EU energy security, the EU must speak with “one voice” when negotiating energy supply with third parties.

Major Portuguese energy companies pointed out the challenges. Luis Palha da Silva, COO of Galp Energia, a Portuguese oil and natural gas integrated operator, said that the European refining sector’s margins are being squeezed as a result of overcapacity and reduction in demand. Focusing on the upstream, he noted that about 50% of new oil and gas resources discovered since 2005 have been in Portuguese-speaking countries such as Brazil, Mozambique and Angola.

Renewable energy was a hot topic at the event.

“Portugal has a remarkable mix of renewable resources”, said António Sá da Costa, Chairman of APREN, an association of renewable electricity generators.  Renewables have been important in the country’s electricity supply mix, he said, adding that it could help reduce fossil fuel imports.

António Mexia, CEO of Energias de Portugal (EDP), a major Portuguese electricity operator, considered the increasingly high share of variable renewable electricity in the supply mix.  He said that mechanisms are needed to help provide reasonable return on investment for capital-intensive conventional generation facilities, whose operation have often been uneconomic. That could include ‘capacity remuneration mechanisms’, a way to direct investment into capacity and securing supply; and “a new design for wholesale electricity markets, adapted to the new generation structure” where renewables have priority to grid access. 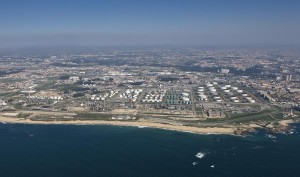 The growing share of intermittent renewable energy in the system poses challenges for electric grid operation. João Peças Lopes, Director of INESC-Porto, said the solution should include smart systems, forecast models, storage capacities and new market rules; plus a change in paradigm where “load should follow generation”.

António Costa e Silva, CEO of Partex Oil and Gas, showed that unconventional oil and gas will have an important role in meeting future demand increase. It is possible that Portugal has unconventional hydrocarbon resources, and therefore “the mapping of potentially productive areas should be mandatory”.