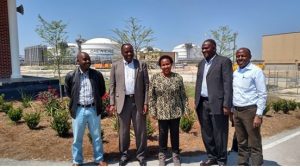 Tanzania is one of the six initial focus countries of Power Africa, an initiative former US President Barack Obama launched in the summer of 2013, which aims to double electricity access in sub-Saharan Africa by 2018. Recent natural gas discoveries in Tanzania, initial investments in its transmission infrastructure, and the country’s goal, to double electricity access from 15% in 2010 to 30% by 2015, are collectively driving the country’s electricity policy.

Tanzania’s recently discovered onshore and offshore natural gas reserves are known as the newest frontier in global natural gas. The country is eager to break into the Liquefied Natural Gas (LNG) export market and is currently working on developing plans with international investors for an LNG liquefaction terminal that has the potential to be one of the largest investment projects in Tanzania.

The Tanzanian government thus released the National Natural Gas Policy in late 2013. The policy is the base for the future National Natural Gas Act, which is expected to give the Energy and Water Utilities Regulatory Authority (EWURA) increased regulatory power to regulate the natural gas sector and develop the appropriate standards, codes, and methodologies.

Additionally, the government of Tanzania is developing a National Gas Utilisation Master Plan, which will outline the priorities for natural gas usage, as well as a Local Content Policy for the Tanzanian oil and gas industry. In terms of new natural gas infrastructure, Tanzania completed a 532-kilometer pipeline of 36-inch diameter from Mtwara to Dar Es Salaam.

The four-member Tanzanian delegation met with US energy companies, and government representatives from the US Department of Energy, and the Federal Energy Regulatory Commission. They also visited Cheniere’s Sabine Pass LNG Terminal. In an effort to develop the framework, USAID’s Tanzania office requested an executive exchange to the United States to meet with key stakeholders in the US natural gas sector.

The exchange was the second event in a series of capacity-building exchanges and workshops to support the various agencies and companies in Tanzania charged with implementing, regulating, and/or oversight of gas exploration, production, transmission, and distribution.

The Tanzanian delegation began their exchange with a visit to Cheniere’s Sabine Pass LNG Terminal in Cameron, Louisiana. Adjacent to an existing regasification facility, the Sabine Pass LNG terminal is in the process of constructing a liquefaction project for up to five trains capable of producing a yearly capacity of 4.5 mtpa of LNG per train. The five trains are in varying stages of construction.

Executives from USEA member-American Petroleum Institute (API) welcomed the delegation to Washington, D.C with an overview of the association, the US natural gas midstream infrastructure and the extensive network of US gas pipelines. The delegation also met with Pipeline and Hazardous Materials Safety Administration (PHMSA). They were eager to discuss pipeline construction and safety standards because of the pipeline projects under development in Tanzania.

The delegation continued the discussion at the World Bank with one of its energy specialists who gave an overview of the current LNG market and quickly shifted to how Tanzania would fit into the global LNG picture. As a medium-sized player in the LNG market, and with Mozambique a likely competitor, the specialist said Tanzania needs to move swiftly. Because of the global glut of natural gas and the relatively low price of the commodity, it has been difficult to get new LNG projects off the ground; construction of liquefaction plants is capital-intensive.

Many existing LNG projects began with long-term contracts in place; it was easier to secure financing and investors with the price of natural gas relatively high at the time. The delegation met with various U.S. government agencies, including the Department of Energy (DOE), the Federal Energy Regulatory Commission (FERC), and the Department of Commerce’s Commercial Law Development Program (CLDP). The DOE representatives said significant contracts need to be in place in order to secure financing for LNG projects, but that Tanzania is well placed geographically to deliver LNG to the Asian markets, with demand forecasted to rise over the next 5-10 years.

The delegation visited and toured the site, while the presentation gave an overview of the development process from the engineering, procurement and construction (EPC) contract to the operational phase. LNG liquefaction terminals in the US have all been sited at previously existing regasification facilities. So the cost to construct a liquefaction plant in the states has been lower.

Tanzania will not have that luxury; it will be building its liquefaction plant on a green site with no previous infrastructure. The delegation’s visit concluded with a round-table discussion with experts from the LNG sector about the role of LNG in the United States, the current natural gas market, and the security, environmental, and maritime considerations.

It’s World Energy Day - how will you mark the occasion?