< Back
The Spanish Committee of the World Energy Council (CECME), the Spanish Energy Club (ENERCLUB) and the Spanish Institute for Strategic Studies (IEEE) presented the sixth edition of the publication "Energy and Geostrategy", on May 2 in the auditorium of the Repsol Campus, with more than 400 attendees.

This project has been sponsored this year by Cepsa, Enagás and Repsol. 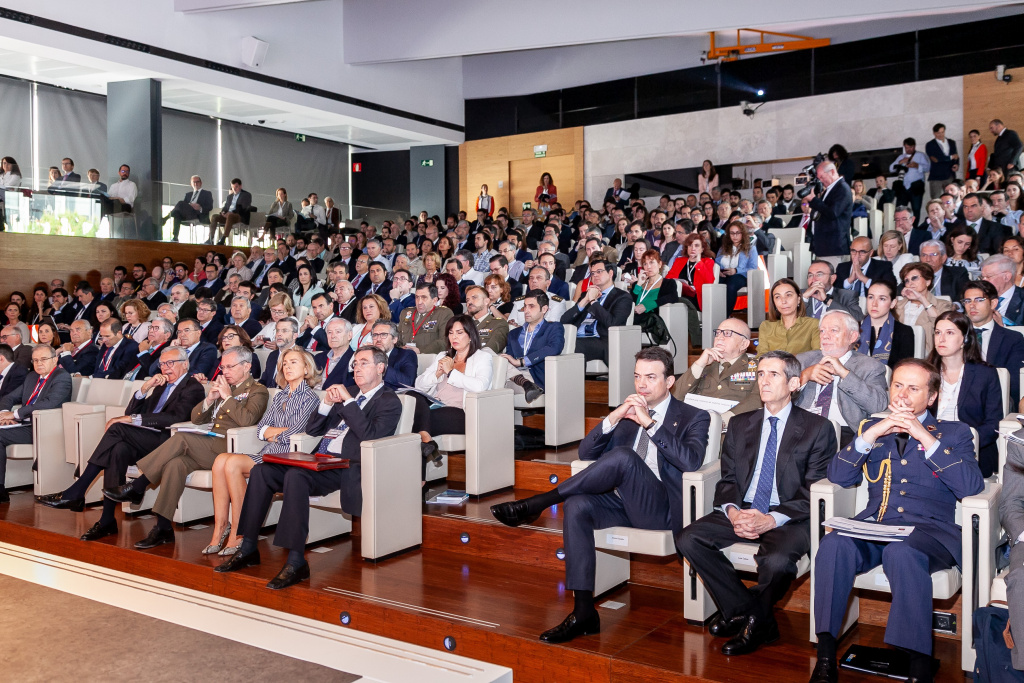 This sixth issue of “Energy and Geostrategy” contains an article by Manuel Conthe, “Geopolitics of Energy and Game Theory” and four articles focusing on specific geographical areas (Arabia, Europe, Canada and the Gulf of Guinea), whose authors are Miguel Angel Lasheras with his work “Give Peace a Chance: New Opportunities in Saudi Arabia’s Geo-economy”, Christian Egenhofer & Milian Elkerbout, with “The Changing Context for the Geopolitics of Energy: A European View on How Climate Change Starts Affecting Energy Security”, Jennifer Winter with “Canada´s Role in Global Energy Markets”, and Emilio Sanchez de Rojas with “Geostrategy and Energy in the Gulf of Guinea”.

Throughout 2018, the main uncertainty factors on the geostrategic scenario that were indicated in the preceding issue of “Energy and Geostrategy” have not only been rectified but, in many cases, have become more uncertain, and new causes of instability have also been detected. 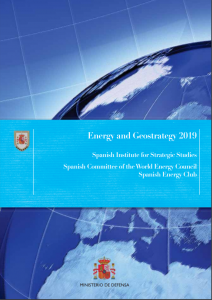 The president of Repsol, Antonio Brufau, opened the event assessing the prestige of the publication and reviewing different events that have affected the international and geopolitical arena during the last year - from the relations between the United States and Iran to Brexit, going through the war in Syria or the Yemen conflict, among others. In his opinion, all this highlights the need for publications such as the one presented today, since "the world of energy cannot be understood without taking into account all the geopolitical factors that surround it."

Miguel Antoñanzas, president of Enerclub, pointed out the importance of the publication, noting that it is a public-private collaboration project between the public administration and companies; which integrates the international with the local, "essential in a globalised and interconnected world"; and  which analyses the links between energy and geostrategy, "two closely related worlds that cannot be understood without each other."

Speaking as Chairman of the CECME, Iñigo Díaz de Espada, referred to the publication as "a very consolidated project, with more than 500 copies distributed every year, which incorporates new themes and new authors, but maintaining the same objective that gave rise to it in 2014", alluding to the importance of analysing the links between the intelligence community and geostrategy, with the energy community.

Rafael Sánchez Ortega, Lieutenant General and Director of the Higher Centre for National Defence Studies (CESEDEN), said that "in recent years, the uncertainty and geopolitical risk in the energy scenario is even greater." He cited some issues, such as the US position on climate policy, the withdrawal of the nuclear agreement with Iran or the force of sanctions on this country, to remind the importance of guaranteeing the energy supply in Europe. 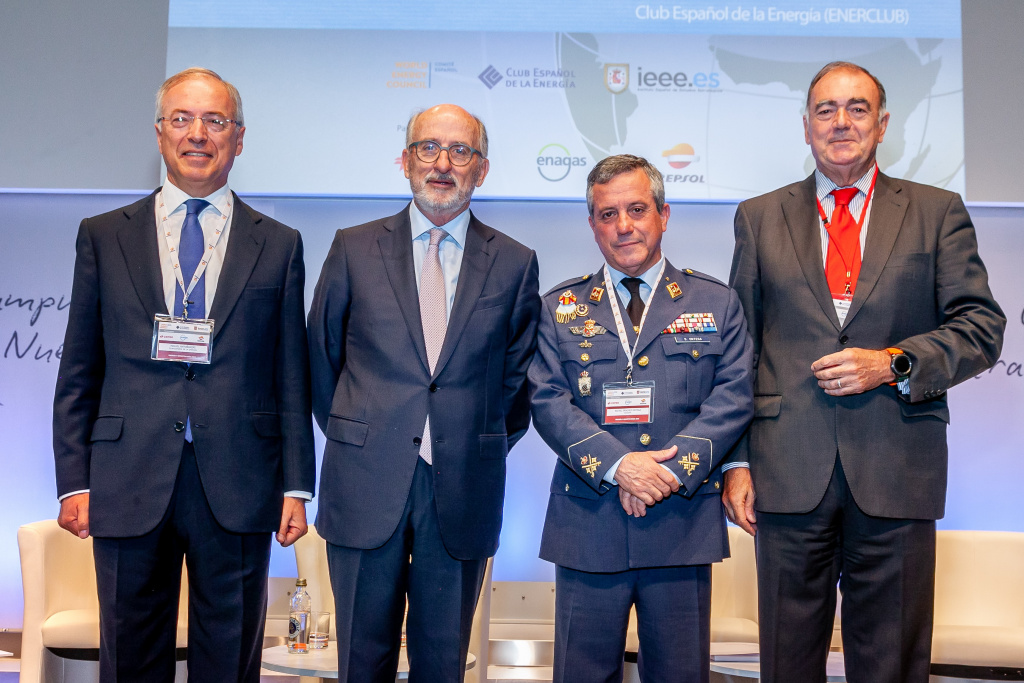 After the opening sessions, the authors of the study and its coordinator, the former Minister of Industry and Energy Claudio Aranzadi, analysed the issues addressed in this new edition. 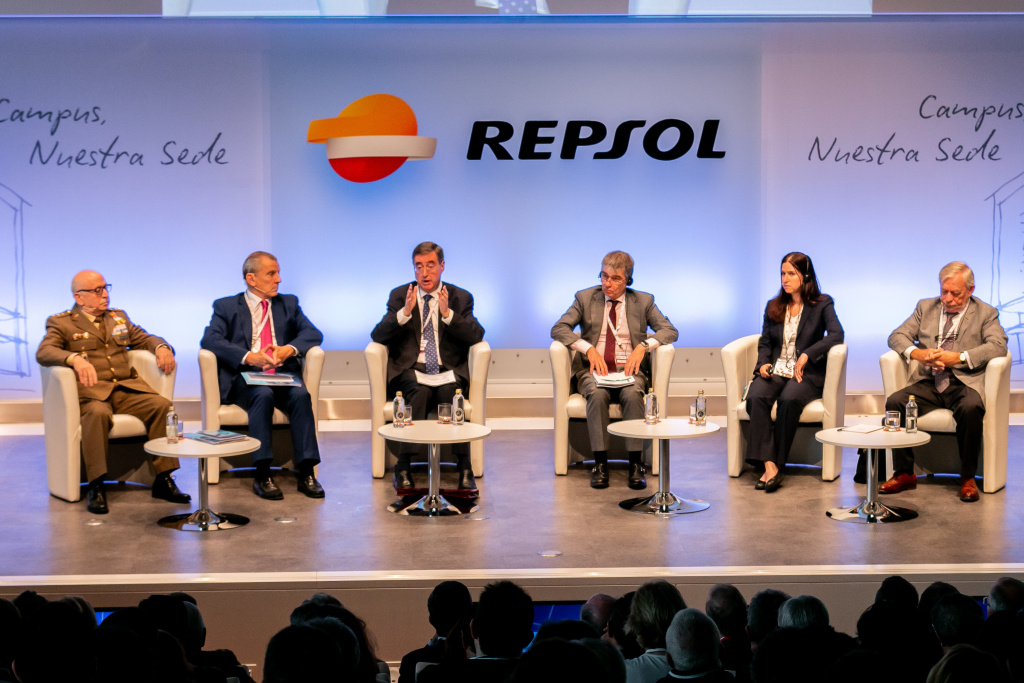 The day ended with a round table discussion with Claudio Aranzadi, Francisco José Dacoba, Brigadier General and Director of the Spanish Institute for Strategic Studies (IEEE), and Marta Camacho, Director of Institutional Relations at Repsol for Spain and Europe, who also presented the results of the questions asked to the attendees during the event.