< Back
The WEC is taking a leading role in a partnership with GSEP and WBCSD under the Global Electricity Initiative (GEI).  GEI will identify and promote best practice amongst electrical utilities.  Philippe Joubert, GEI Executive Chairman, tells us more. 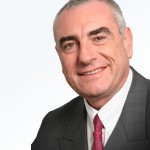 What does the Global Electricity Initiative aim to do?
We want to showcase what electrical utilities are doing to increase universal access to electricity while respecting the environment and taking part in the fight against climate change.

We also hope that GEI will help build a global community of electricity utilities where CEOs and managers could share their views. We want to establish a fact-based platform for analysing and understanding the electricity sector now and in the future.

GEI will certainly be a great instrument to help understand the long-term development of the sector, what's really happening around the world, who is doing what, and allow best practices to be shared.

We want to demonstrate utilities’ efforts to policymakers. We want to show the actions that are already being done now even when we still don’t have the best policies. Thus we hope we will encourage policymakers to adopt better policies so utilities can do even better.  Utilities’ input into GEI will also complement the WEC’s World Energy Trilemma work.


The WEC is teaming up with WBCSD and GSEP under the GEI.  What's the thinking behind this?
GEI was launched at COP-17 in December 2011.  The first phase of the project reached 25 electrical utilities and produced a report on what they had been doing to raise universal access to electricity and sustainable energy.  This project was well received because it took a genuinely bottom-up approach.  We want to build on its success and increase global coverage.


And GEI is not just about producing a report …
Yes, GEI will also be a powerful platform for knowledge exchange and dialogue amongst utilities. It’s important to have a bottom-up, fact-based story, so we can see what is actually being done and form a ‘bottom line’ from which we can see the reality and progress in the next 5 to 10 years.  We can’t live on wishful thinking and conjectures.  We want to see the realities, the real story.

The alliance will bring in more CEOs and allow us to go wider and deeper on some issues.  For example, since GEI started in 2011 the idea of climate adaptation has really moved up the agenda.  We will probably look more deeply into this in our next survey.


Explain this idea of adaptation.
Normally when we talk about sustainable energy we’re talking about mitigation, renewables and their integration, and efficiency. These have to do with what companies are doing to decrease emissions and the impact of their activities. Unfortunately, an increased level of climate events this year has really showed the vulnerability of our power systems. For example, effects of the storm Sandy has shown that first, the system is not ready for this kind of hit; and second, to put the system back on track, we would need much more human and technical resources than what the utilities in charge of the area alone can
currently provide.

Climate change is no longer a threat.  It is a reality.  And we have to make sure our systems are resilient enough. This doesn’t mean we have to abandon mitigation – that’d be a mistake – but we do need to urgently adapt to climate change.


How can WEC members take part?
They are fundamental partners and actors to ensure GEI’s success.  Talking with more CEOs around the world takes a lot of work, influence, and credibility, so we need WEC members to talk with their fellow utility members and CEOs to make sure everybody participates.

WEC members will certainly benefit from the results of the GEI survey.  They will have a global picture of what’s happening in the sector worldwide and what is being done in terms of adaptation and mitigation, but also in terms of development, job creation, technology use, and global impact.

– Philippe Joubert spoke with Monique Tsang
Philippe Joubert is Executive Chairman of the Global Electricity Initiative. He is also Senior Advisor to the WBCSD, a Member of the Advisory Board for the Cambridge Programme for Sustainability Leadership, and Chair of the Prince of Wales’s EU Corporate Leaders Group on Climate Change. He is former President of Alstom Power and Deputy CEO of the Alstom Group.
■ The WEC is hosting the secretariat of the Global Electricity Initiative.  See the current participating utilities on the GEI website: www.globalelectricityinitiative.org
■ World Business Council for Sustainable Development (WBCSD): www.wbcsd.org
■ Global Sustainable Electricity Partnership (GSEP): www.globalelectricity.org