The global transition to a low carbon economy has never been more urgent than it is today. Greenhouse gas emissions have raised temperatures to an unprecedented high level reaching 414.7 parts per million (ppm) in May this year. To mitigate against the worsening climate change, leaders from 195 countries met in Paris during the 21st Conference of Parties (COP21) of United Nations Framework Convention on Climate Change (UNFCCC) and adopted what is known as the Paris Agreement on Climate Change. World leaders committed to reducing the world’s temperature rise to less than 2 degrees Celsius above pre-industrial levels. Climate change mitigation, is, therefore, a key driver for an energy transition from fossil-based energy systems to low or zero-carbon energy systems. However, this transition cannot be driven by the current regulatory systems and policies. What is required is a reformed policy environment that balances the three pillars of the energy triangle namely,  economic development and growth, energy security and access and most importantly, environmental sustainability.

According to the recently released report by the World Economic Forum, Fostering Effective Energy Transition 2019, countries with strong regulatory frameworks and policy stability are experiencing more success in their efforts to transition towards a low carbon economy. They are able to install larger renewable energy capacity and reducing their carbon emissions at a faster rate than those without such frameworks in place. African countries share the common challenge of poor regulatory frameworks and policy instability especially in regard to the energy transition. African countries though lagging behind in terms of development and regulatory framework supporting the energy transition however have an unprecedented opportunity to utilize the abundant resources at their disposal to make this transition.

According to the United Nations, Accelerating SDG 7 Achievement Policy Brief 18, Africa has an installed capacity of around 170GW. Africa however, has an abundance of natural resources which African governments can take advantage of to implement modern, low carbon technologies to create zero/low carbon energy for their growing populations. The challenge is that many, if not all of these government lack a policy framework to design and implement visionary and progressive interventions that would see the continent leapfrogging the rest of the world and becoming the lead in energy transition. Kenya is an example of a country formulating and implementing transformative policies to accelerate its transition to a low carbon economy.

In the last three years, Kenya has enacted two transformative laws that directly affect its transition to a low carbon economy. The first was the Climate Change Act 2016 and the most recent, the Energy Act 2019. The Climate Change Act 2016 provides a regulatory framework that promotes an enhanced response to climate change and provides mechanisms and measures to improve resilience to climate change and promote low carbon development. This Act addresses the pillar of environmental sustainability by strengthening the relationship between energy generation and consumption and society. It does this by creating an avenue for citizens to hold governments and corporations accountable for reducing greenhouse gas emissions. The Act has provisions allowing citizens to sue private and public entities that frustrate efforts to reduce the impacts of climate change. Empowering the consumer, a powerful demand pull policy ensures that transition is not only a top-down directive but an initiative of the people who are directly affected by climate change. In addition, the Act offers supply push provisions for organizations by advocating for incentives to pursue low-carbon development and promotion of research and development on clean technologies.

The Energy Act 2019 has created a regulatory framework to ensure Kenya achieves its goal of universal energy by 2030 whilst reducing its greenhouse gas emissions. The Energy Act 2019 provides the framework for the devolution of the provision of energy services to the grassroots level. Under the new framework, energy plans will be designed and implemented at the County level, with the national government only working to harmonize these plans into a national plan. This fosters inclusiveness and energy equity as policies and plans are tailored to income and spatial distribution. In addition, county governments are tasked with designing least-cost power plans taking into account the environmental impact and social impact of technologies to be used. This will compel county governments will first and foremost, use locally available resources in the design of their energy plans. Energy planning at the grassroots level increases the level of demand management and energy efficiency which allow the pursuit of decarbonization of the energy system at large. Improved demand management and energy efficiency can lead to the decoupling of economic growth from energy consumption thereby resulting in a system that is less energy-intensive. Grassroot energy planning also has the advantage of providing data for better targeting of energy subsidies to low-income households.

The Act also empowers county governments to build local renewable energy centers creating a platform for technology transfer and technology development. This will assure counties of energy independence in the long run if local content regulations are strictly implemented.

This framework puts Kenya at the forefront of the energy transition race in East Africa. However, further support is needed to address market failures. Incentives to support technology transfer and technology development such as early adopter incentives, tax incentives, providing test beds for demonstration could all accelerate the transition to a low carbon economy. In addition, punitive measures such as environmental taxes or carbon taxes could be implemented in order to distribute the costs of decarbonization. With such measures in place, the growth of green jobs and industries would increase offering the young population jobs. This framework cannot only be used as a case study for other countries, but for regional power pools as well. It exemplifies the need to plan energy from the grassroots level, using locally available resources promoting energy equity and independence. 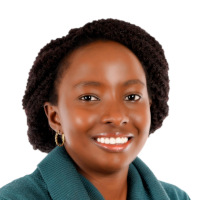 Lois Gicheru is CEO for Solafrique. Additionally, she serves as the treasurer of the Energy Society of Kenya and board member of the FEL program.