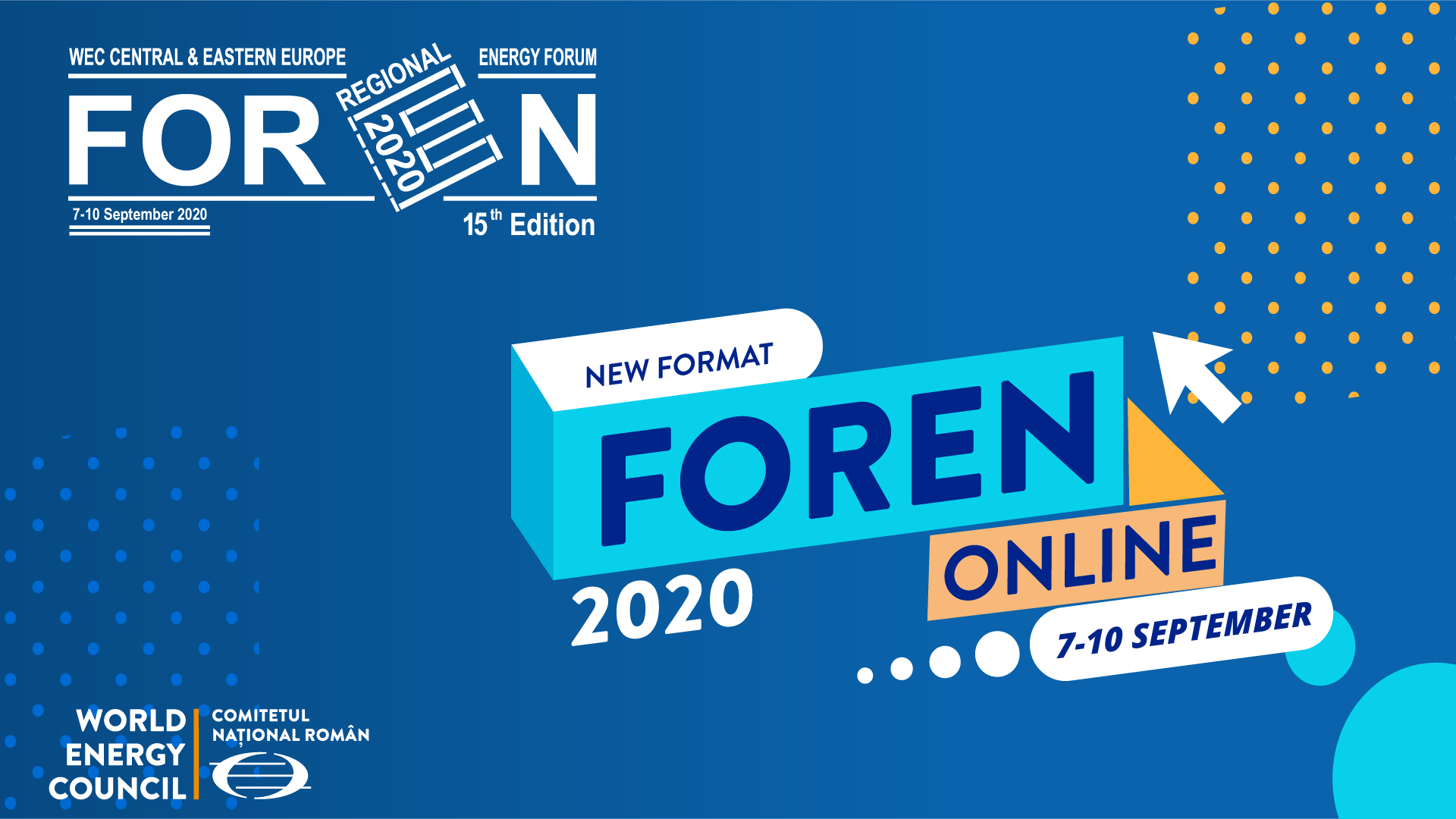 The WEC Central & Eastern Europe Energy Forum, organized every two years, is the most important regional event hosted by the World Energy Council/Romanian National Committee. Due to the restrictions and safety measures that we had to take into consideration, FOREN 2020 took place for the first time, online, during 7-10 September.

Over 35 decision makers, from which, representatives of 23 national and European companies, government officials and energy leaders, discussed the most concerning topics that the energy industry has to face today and over 75 scientific papers were presented during a total of over 24 hours of live streaming.

On the 7th of September, the Opening Ceremony hosted by Iulian Iancu, Chairman of WEC/RNC, enabled the speakers to send important messages about the energy field and to answer the overall question: what is the energy sector heading for? In other words, what are the trends and solutions for this essential area of the economy and the society. Mr. Iancu underlined the main challenges the global energy sectors are facing, including the Romanian one and the complexity of the problems being amplified by the current pandemic.

In her intervention, Dr. Angela Wilkinson, Secretary General of the World Energy Council, stressed out that during times like the one we are going through, “regional cooperation is the key to success. The coronavirus crisis has dramatically affected the entire energy world and all sectors, in all regions of the world, 10 times more than the financial crisis of 2008“. The message introduced a new concept, namely the humanization of the energy transition, so putting people first because after this crisis, recovery will be difficult and will require the largest reallocation of capital in history.

Virgil Popescu, the Minister of Economy, Energy and Business Environment of Romania considered that it is a good time to hold such an event given the current context related to the Green Deal proposal of the European Union. Regarding our country, he stressed out that the attention in Romania is on energy security and he appreciates that the attention of the energy world, of the energy sector, will be directed towards the Black Sea.

Academician Ioan Dumitrache, Secretary General of the Romanian Academy, addressed in FOREN 2020 a message about the future and the close relationship between energy and computer technologies, moreover today as we face a health crisis triggered by the pandemic of coronavirus.

Bogdan Chiritoiu, Member of the Board of Directors of the Agency for the Cooperation of the Energy Regulators (ACER), emphasized that the European Union is pursuing two goals simultaneously: integration and development of a single internal market and decarbonisation based on increasing the role of renewables.

Tudor Constantinescu, representative of the Directorate General for Energy European Commission considered that is time for the transition in the sector to be beneficial to all, primarily consumers. “We need to invest profitably and avoid investments that cannot be recovered in the time left until the transition is complete”, said Constantinescu.

The second part of the discussions from the first day of the FOREN 2020 event was moderated by Ion Lungu, president of The Romanian Association of Energy Suppliers (AFEER) and was devoted to the technical, current aspects of energy systems. These were widely debated by the most important representatives of the energy operators in Romania and highlighted the challenges that will have to be overcome by the development of the energy system in the new stage.

The particularly in-depth speeches of the main operators on the Romanian energy market highlighted the following main aspects:

• it is not easy to give up the production of electricity based on coal, but the efforts of the operator in the field will allow, by mixing with "clean" energy carriers and efficient decarbonization measures;

• renewable energy sources will have an important share in the future energy systems; the development of offshore wind sources and storage systems will greatly contribute to limiting the carbon footprint of the Romanian energy sector;

• natural gas will also be the most important energy carrier during the transition period;

• nuclear energy must be considered as clean energy, with an important contribution to achieving the decarbonisation objectives;

• better regulation is still needed, based on a real consultation of all stakeholders;

• the “blue” hydrogen obtained by water electrolysis will be more and more present in the Romanian energy.

The second day of FOREN 2020, the 8th of September, was organized under the main theme Regional Energy Day and the two discussion sessions of the day were moderated by Prof. Dr. Dan Gheorghiu, vice president of WEC/RNC and Einari Kisel, Regional Manager for Europe of World Energy Council.

The main subjects of the event tackled during the event addressed the current global situation and the impact it has over the energy field, Green Deal implications, the energy resources mix, energy efficiency, the 4 “D’s”, global energy transition, WEC’s tools and scenarios.

The speakers all agreed that the Green Deal requires an act of common vision from the member states that must commit to unity. Also, the fact that the pandemic created a new concept of the “new normal” that is all about the reinvention of what was real before the crisis. The main questions raised by the discussion is not about the return to the old ways but how the world will reinvent itself and adapt to a “new normal”. The first step in the energy field is to change the mentality of each participant of the transition.

The fifth "D" with an impact on global energy, was another issue revealed by several speakers.

By far, Energy Storage and Green Hydrogen, are the main themes of the energy future and also the system flexibility is a regional and national challenge.

FOREN 2020 fulfilled its main objective to bring together the main participants to the national energy system, regional experts and interested professional and viewers in order to help each other create a new perspective on the current intricate global situation that has affected the worldwide energy field, industry and related activities. Furthermore, everyone is invited to the next FOREN, in 2021. 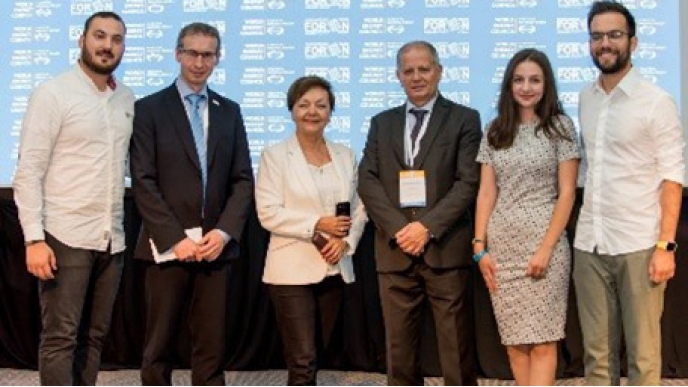 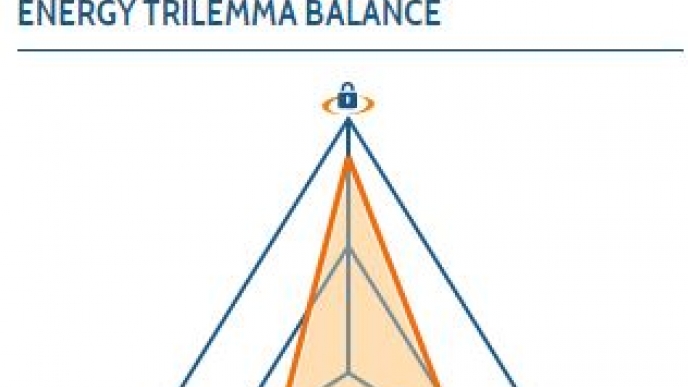 Romania - now is the time to build new energy ethics 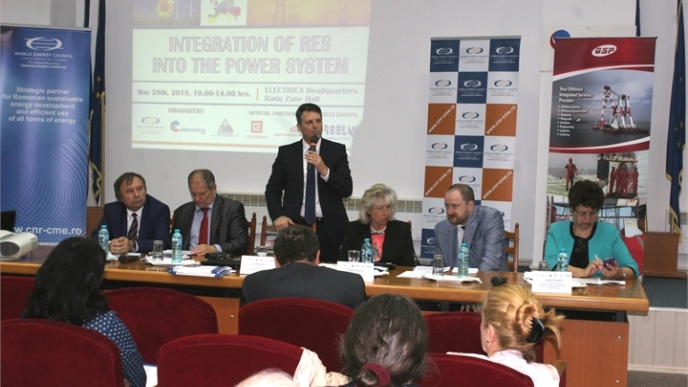 Romania ahead of Europe on renewable targets