Shaping the future of energy in Africa

To facilitate those activities, the World Energy Council community in the region has developed working level relationships with African Union Commission (AUC), African Energy Commission (AFREC), and Association of Power Utilities of Africa (APUA, or formerly UPDEA).  The Council also works closely with the African Development Bank in the region.

The Africa Energy Indaba is the Council’s official regional forum, which is held in Johannesburg, South Africa, every February. The event hosts the Council’s regional workshops looking at energy access, energy trilemma and energy scenarios studies along with highlighting key energy issues and priorities in the region. 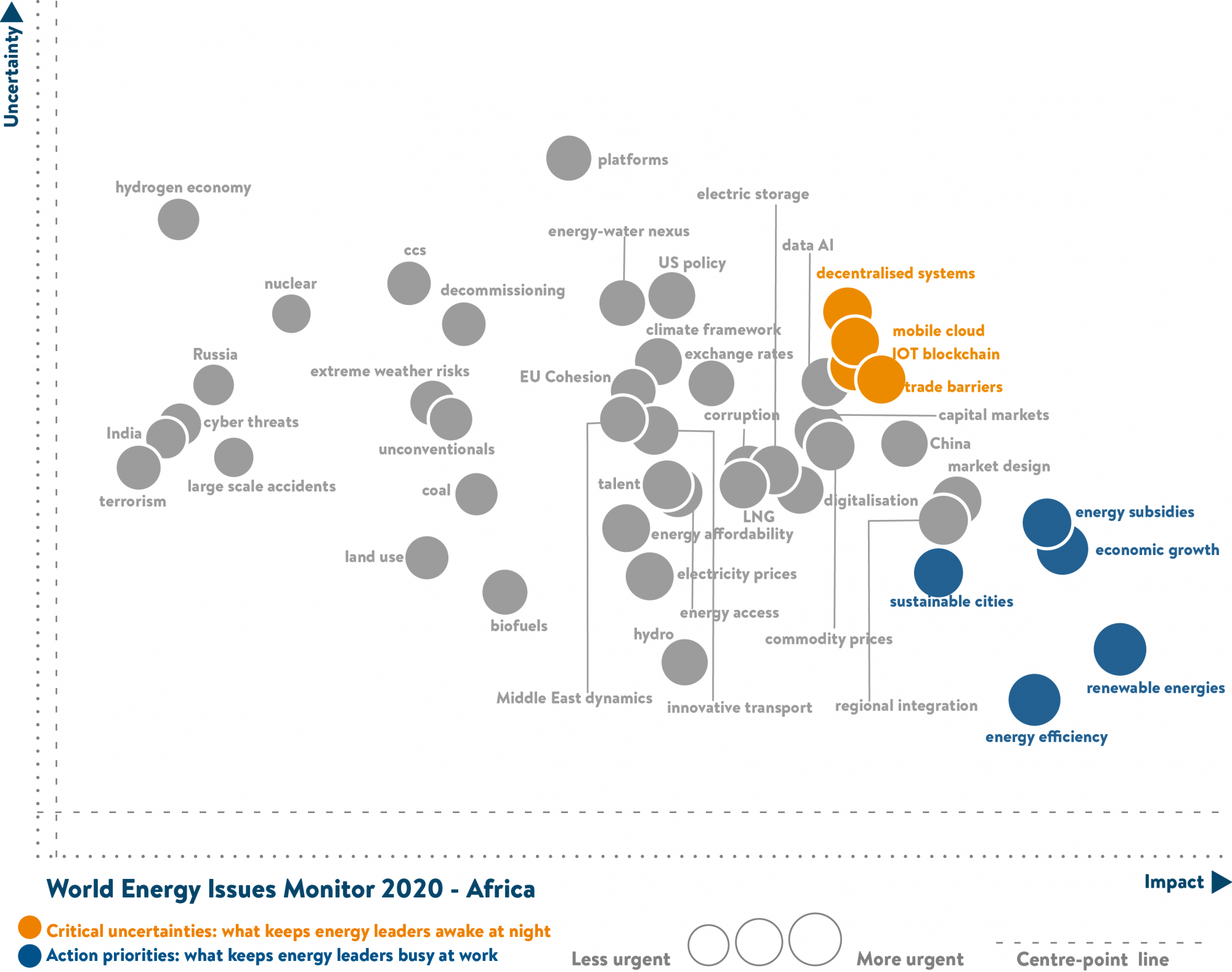 Africa, where the majority of the population is under 16, faces a multitude of challenges from rapid population growth, urbanisation and energy poverty -- an estimated 600 million people still lack access to electricity, mainly in rural areas. But it is also a continent endowed with untapped human capital and significant conventional and renewable energy resources that can be deployed to design more sustainable energy systems if barriers to trade and regional integration can be overcome. Energy leaders see decentralised systems, digitalisation and trade barriers as the three main Critical Uncertainties. Action Priorities revolve around Economic Growth. Energy Efficiency and Renewable Energies.

Mobile Cloud emerges as a Critical Uncertainty with potentially greater impact as energy leaders see the potential for the technology but are concerned about the measures needed for implementation. Africa has a developing information technology (IT) industry but more infrastructure is needed to provide momentum for enhanced deployment as part of wider digitalisation.

Trade Barriers are a Critical Uncertainty with implications for energy access and regional integration as well as a hindrance to economic growth. The African Continental Free Trade Area (AfCFTA) initiative, led by the African Union, is designed to improve intra-regional trade and allow more goods and services to flow across borders. This would also unlock economic opportunities across the Continent and contribute to regional integration and industrial development.

Economic Growth moves up the scale of Action Priorities as economic growth prospects are linked closely to the uneven distribution of energy. The problem is most acute in Sub-Saharan Africa, where the World Bank says economic growth “has remained sluggish, hampered by persistent uncertainty in the global economy and the slow pace of reforms to enhance domestic resilience.” There is a disparity in economic performance between northern and southern African countries, where electricity demand growth is concentrated, reflecting stronger economies. However, it is Sub-Saharan Africa that will see the biggest electricity demand growth that will require policy improvements, more attractive investment frameworks and a more active private sector.

Energy Efficiency remains a high impact issue. The introduction of more efficient lighting and energy-efficient electrical appliances and labelling has contributed to substantial reductions in energy use in the residential and commercial sectors. Modernising energy infrastructure and establishing decentralised systems are among plans to boost energy efficiency.

Renewable Energies remain in the Actions Priority area and are seen as having a greater impact. The region as a whole has been investing in both grid and off-grid renewable solutions and decentralised systems to improving energy security and access to diversify the energy mix away from fossil fuels and lessen reliance on imported energy for some of the more import-dependent countries. However, renewables targets and the pace of implementation is uneven. 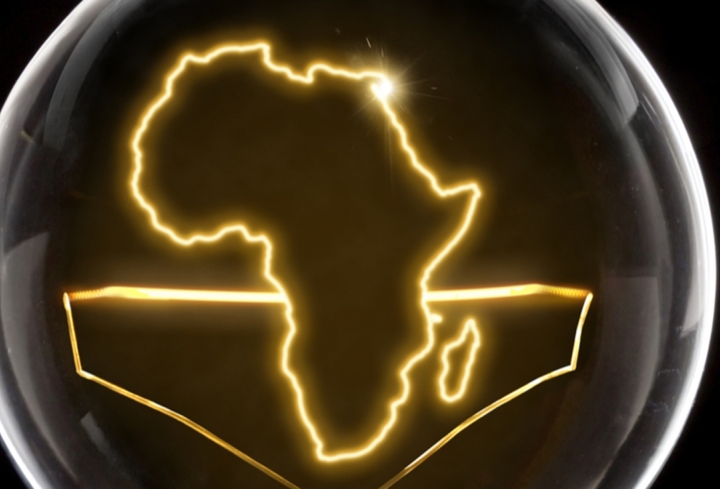 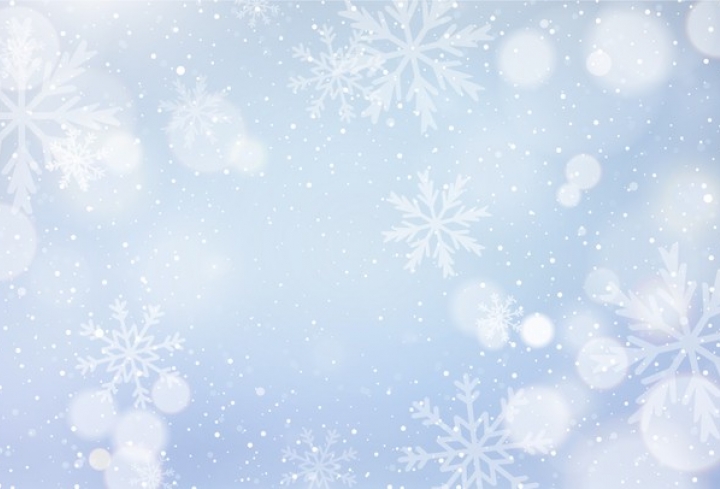