Shaping the future of energy in Asia

The Asia region consists of thirteen National Member Committees (NMCs), with Direct Members in two countries (Australia and Vietnam). It is a large and diverse region in terms of its economic stages, culture and language as well as in terms of the energy issues it faces. The Regional Vice Chair is Shigeru (Sam) Muraki of Tokyo Gas in Japan. The Asia Regional Manager is Suji Kang who joined the Council in 2021.

One of the main activities in the region over the past twelve months has been a study on “Best Practices of the GHG Reduction Measures in Asian Region”. The Study Group was led by Mr Hajime Murata of the Japanese Member Committee, with representatives from Hong Kong, India, Japan and Korea (Rep) comprising the Study Group. The study was approved by the Asian members at the Asia Regional Meeting in Lisbon in October 2017.

A new process for selecting, reviewing and approving regional studies is being piloted in the Asia region over the next year. This provides for two types of studies: one is an Endorsed study, which goes through the Council’s usual governance process, with approval of the proposal and final study required by the Studies Committee. Endorsed studies must provide a regional perspective or regional data that flows into one of the global flagships studies.

The second type of regional study is the Independent study. Independent studies are under the jurisdiction of the region, and the selection, review and approval process is structured under the oversight of the Regional Vice Chair. Such studies are based on topics which emerge from the regional issues map from the latest Issues Monitor and are designed to explore in detail a topic which is of particular relevance to the region. Once the pilot has been completed, the two-prong approach to regional studies will be rolled out to other regions.

Key issues for the Asia region currently include geopolitics, particularly US trade policy; regional interconnections; commodity prices; electric storage; China’s economy; electricity prices; renewable energy; energy efficiency; and innovative transport and digitalisation. Recently, hydrogen has moved to the forefront of the discussion in some Asian countries as a potential way to decarbonise. 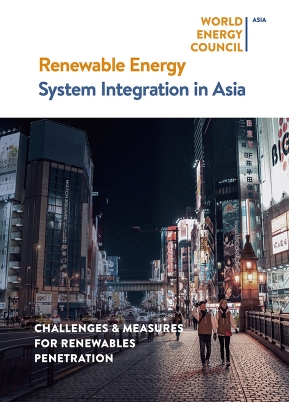 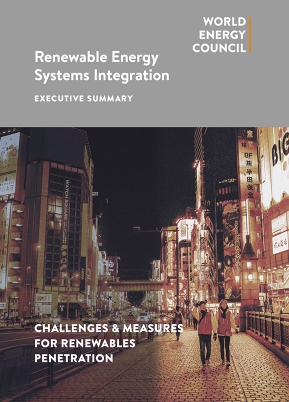 The Council continues to develop partnerships with energy-related non-governmental agencies and other regional energy organisations in Asia. These organisations include the Asian Development Bank (ADB), the Asian Infrastructure Investment Bank (AIIB), Asia Pacific Economic Cooperation (APEC), the Asia Pacific Energy Research Centre (APERC), the Institute of Energy Economics, Japan (IEEJ) and the Association of Southeast Asian Nations (ASEAN), among others.

A proposal for a deep dive study in the ASEAN countries, based on the Council’s Trilemma (click here for information on the global Trilemma work and its aims and most recent outcomes) is currently being developed to assess how well the countries in ASEAN are meeting the three Trilemma challenges of energy security, energy equity and energy sustainability.

One Ambassador has been appointed to date, as a pilot test for this programme, with the aim of enhancing and refining the programme and appointing additional Ambassadors in 2020. 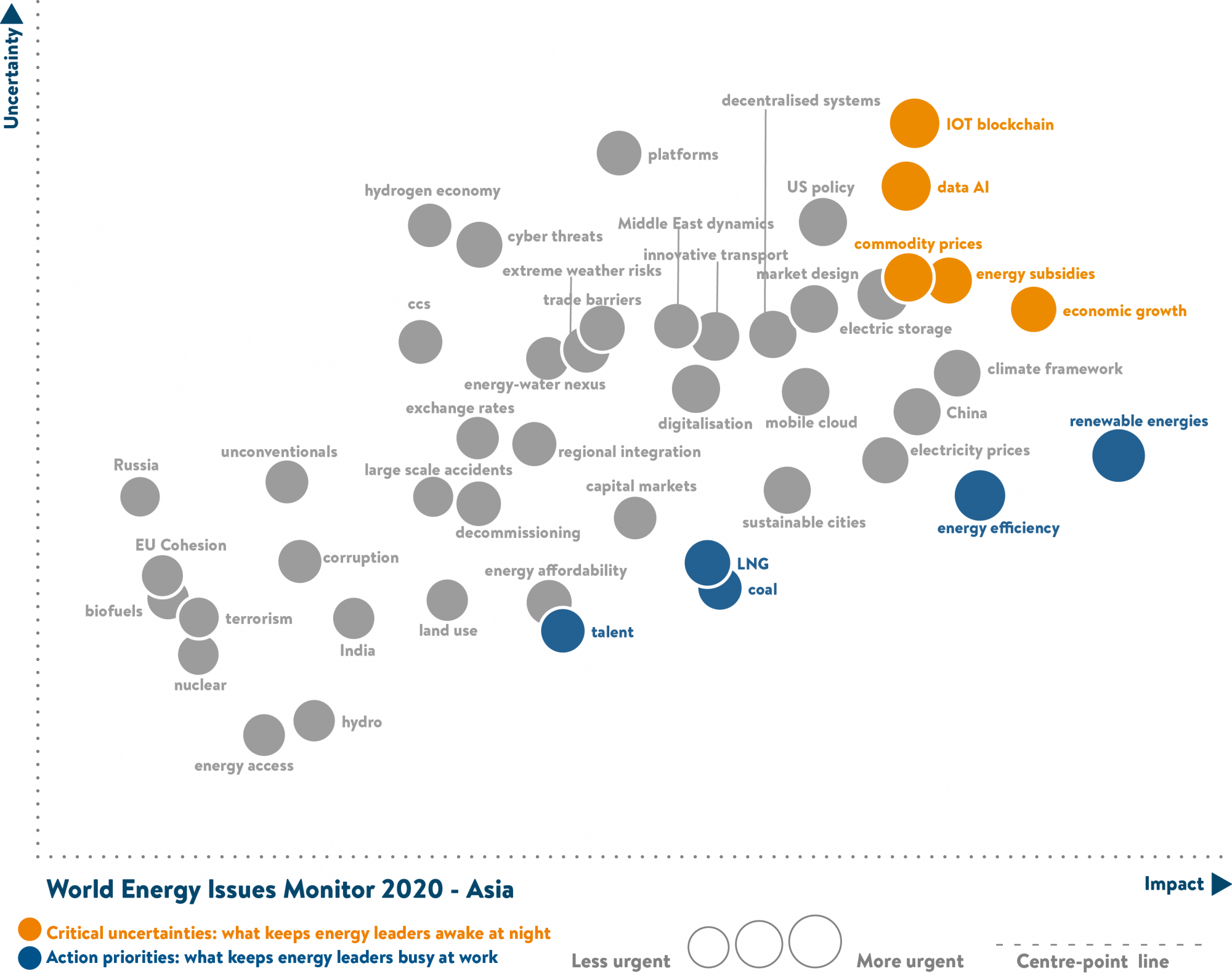 Three key themes define the region’s uncertainty landscape: geopolitics, economic growth and sustainability. Evolving dynamics around US and China trade relations, the roles of Russia and the Middle East as fuel suppliers, and import dependence keep Asian energy leaders awake at night. China and India alone are expected to account for more than half of global energy demand growth between now and 2040 and their respective energy pathways will have a significant impact on the overall energy landscape and the pace of decarbonisation. Action Priorities are led by decarbonisation and digitalisation issues. Innovative technology is being adopted to address the energy security challenge while promoting economic development. The Hydrogen Economy is seen as a higher impact issue across the region, particularly in China, Japan and Australia.

Commodity Prices remain a Critical Uncertainty particularly for countries with high dependency on energy imports or exports for continued growth. In Indonesia, for instance, decreasing coal prices and demand translate into a reduced state budget for energy infrastructure improvements and other investments. In Sri Lanka, the high cost of energy imports is being offset by expanding deployment of renewables as a diversification strategy.

IoT/Blockchain is an issue of great uncertainty, as decentralisation is seen as one of the main pathways to improving energy access. IoT/ Blockchain has the potential to improve current energy technology and allow development of decentralised systems. Off-grid solutions offer possibilities of access in many rural communities that have limited or no access to national grids.

Economic Growth emerges with greater uncertainty. On the one hand, slower energy demand growth in China to 1.1% p.a., one fifth of the average growth rate over the previous 22 years (BP), has led to lower fuel imports with an impact on countries’ revenues. This is especially the case for Indonesia. On the other hand, an accumulating trade deficit has affected some countries’ ability to sustain the desired pace of economic growth and energy investments. In Pakistan, for instance, surplus capacity can’t be fully utilised due to unresolved challenges around reliability and affordability.

Energy Efficiency leads the actions space in the region. India’s Perform, Achieve and Trade (PAT) scheme is a good example of a regulatory tool to reduce energy consumption in energy intensive industries while enhancing competitiveness through clean certificates trade. Digital technologies are also being more widely adopted as a way to reduce consumption. In South Korea, artificial intelligence platforms are being implemented to enhance buildings’ energy efficiency and to predict demand and market trends.

Coal is seen as an area of greater impact and becomes an Action Priority. While countries are integrating renewable sources to diversify the energy mix and improve energy security, coal still accounts for a large share of power capacity in the region. Asia accounts for 75% of global coal demand (BP). Affordability is a key factor sustaining coal’s role as an enabler of economic growth.

LNG has become an Action Priority for Asia. As demand for energy is rising rapidly, LNG has taken a larger share of the energy mix. China has been the main driver of growth in LNG trade in Asia, where new supplies from Australia and the U.S. are being absorbed. Future demand for LNG will be driven by other Asian developing economies as demand for electricity rises. Singapore aims to become a hub for LNG in the region by capitalising on its location and experience as a financial trade centre. 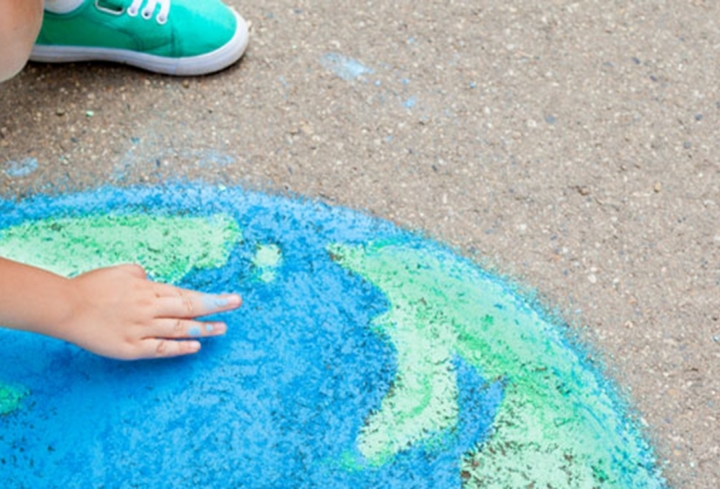