< Back
World Energy Council senior leaders and members as well as African energy leaders gathered again in Johannesburg at the Africa Energy Indaba, the Council’s annual regional event for Africa. 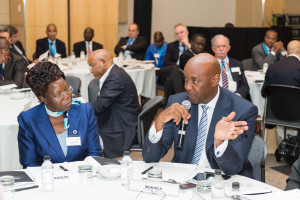 This year’s event commemorated the start of the World Energy Council’s Year of Africa, which aims to highlight the continent’s vast energy potential and explore ways of unlocking it for the benefit of the African people.

The Indaba Energy Leaders’ Dialogue took place for the second year in a row. This year’s Dialogue gathered 40 energy leaders including 4 government ministers to discuss the way ahead for the continent. High on the agenda of their talks were how to facilitate regional integration to maximise resource distribution and diversification.

The Trilemma Ministerial Roundtable within the Dialogue found that regional integration has clear benefits and cross-border projects will help in the acceleration of trust. Yet there is still a clear need for policy frameworks to help bridge the trust gap between the energy and financial communities. In addition, costs remain a big issue, with initial pricing a huge barrier to investment. This is compounded by an education and skills gap in project development.

Tackling these issues can be addressed through the availability of finance, technology, strong political will, the right pricing and better incentivised businesses to build up capacity, the Ministerial’s participants heard. (For more information, read the summary notes here.)

Throughout the week the Council also discussed the priorities of its various work programmes with members. These include workshops on World Energy Trilemma, World Energy Scenarios, the Global Electricity Initiative, and Financing Resilient Energy Infrastructure. The Africa regional meeting on 16 February saw Council members and member committees gathering to discuss how they could participate more actively in the Council’s initiatives.

The 2015 Indaba conference took place on 18–19 February, smashing its previous records and achieving more than 30% growth on the previous year’s delegate numbers. Conference sessions were packed with delegates who listened to 130 speakers.
Developing energy infrastructures
In her keynote speech, World Energy Council Chair Marie-José Nadeau, spoke about the concerns of African energy leaders, which included the “challenge posed by energy access and energy poverty … [and] mainstream issues such access to capital, the effects of climate change, and the potential for large-scale hydroelectric projects,” adding that only 7% of Africa’s hydro potential is developed.

To address the gap, “bold actions, sound public policies and an effective business environment are all required in order to finally allow the sustainable development of these infrastructures,” she said.

The exhibition at the Indaba, which displayed the latest technologies providing energy alternatives, was buzzing with members of the public and visitors looking for solutions to load-shedding.
Shaping the next decade of energy 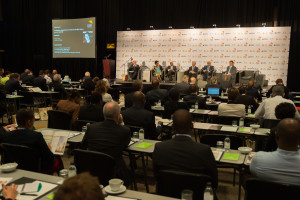 The Indaba took place against the backdrop of the worst power outage that South Africa has experienced in seven years due to rising demand for electricity, as Eskom, the state-owned utility, struggled to keep up with demand.

The South African Department of Energy’s Director General, Dr Wolsey Barnard, gave the opening keynote address.  Public and private sector officials were able to hear first-hand of the Department’s plans in shaping the next decade of energy that would afford all South Africans affordable, cleaner and equitable energy.

“This was the opportunity for Africans to tell the African story, to challenge and clarify misperceptions about the continent,” said Brian Statham, steering committee chair of the Africa Energy Indaba and Chair of SANEA, the Council’s national member committee.

Numerous pressing energy issues were tackled and debated within the various panel sessions and breakaway workshops that were held.  Some of the most notable sessions included:
“The vision for Africa’s critical infrastructure”,
“Developing an appropriate mix of resources to deliver Africa's economic potential”,
“Making Africa the continent of choice for developmental resources and support”,
“Power Africa:  The Obama Initiative”,
“Insights into unlocking finance for the development of energy projects in Africa”.

There were also sessions on skills development, regional cooperation, the energy–water nexus, smart grid and energy transmission and sessions on energy technologies including bioenergy, geothermal energy, oil, gas and nuclear.
Women in energy 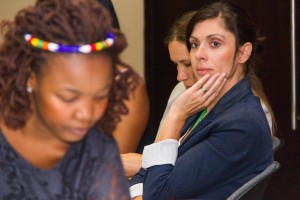 Ms Thembisile Majola, Deputy Minister in the Department of Energy, opened The Africa Energy Indaba Women in Energy conference. She highlighted the important role women play on the continent and in the driving economic activities underpinned by energy access. The World Energy Council will culminate its string of events and research focused around its Year of Africa at its 2015 Executive Assembly in Addis Ababa, Ethiopia during 24–30 October 2015.
Catch up with the World Energy Council's activities and thought-leadership at the Indaba in the media:
The 2016 Africa Energy Indaba will take place on the 16–17 February 2016: www.africaenergyindaba.com.